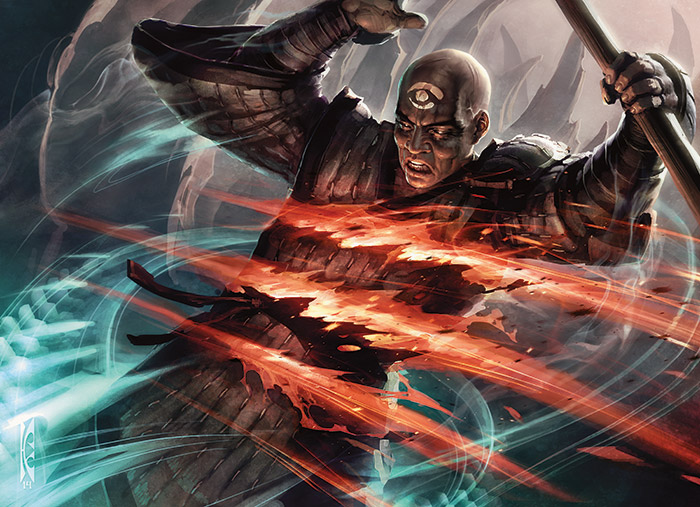 Hey there! I liked it here, so I decided to stick around. There was an SCG Open this weekend and a couple of Grand Prix, but you (I) don't care about that. I'm here to talk about one of the benefits to Insider that didn't exist back when I was paying for a subscription to Quiet Spec.

The main reasons I subbed back in the old days were for the forums, and for the (then beta) Trader Tools program, which would let me check the top buylist prices of a few other stores with only a single search bar. I kinda wish I had a screenshot of it for comparison.

Anyway, when I signed up to write here I didn't realize I would also receive access to the ION Core scanning software. That was just an added bonus that might help me do what I enjoy the most: dealing with bulk commons and uncommons.

Just today I picked up several collections, one of which had a box of stuff that looked like it was "already picked" (as in, not that thoroughly). That's going to make my life a bit easier, at least for the purposes of writing this article. This box is full of dimes, quarters, and even some crisp dollar bills. All we need to do is figure out the most efficient way to determine which cards are going to which stores. 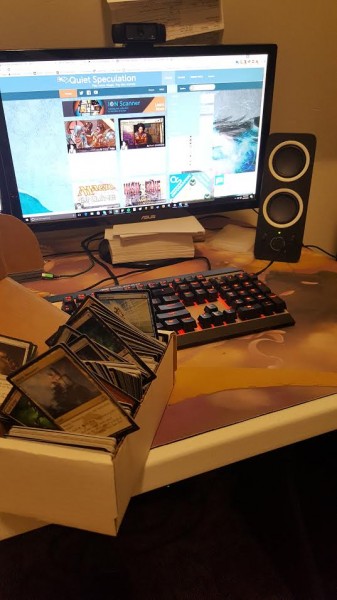 So what is ION Core and why is my article conveniently located on the free side this week? Well, it's basically a software program to scan Magic cards, and I'm the perfect guinea pig to test this thing out blind. It's designed to help you check prices (retail and buylist) a lot quicker than clicking and typing in every single card name, and then upload the inventory you scan in onto a Trader Tools list to be directly exported to a bunch of different buylists of your choosing.

While the software comes with your Quiet Spec subscription, it does require a USB camera to function. The designers of the software recommend this camera as the top-tier document camera that won't get bumped or move around while trying to scan cards, but there are cheaper alternatives out there.

Heck, the camera on my desktop monitor in the above picture was only $50 on Amazon, which I use for podcasting. You'd probably have to use some tape and tools to secure it to look down on a flat surface, but it should do the trick.

In any case, my new camera just came in today, so let's start scanning some cards and see if this $100 investment was worth it. 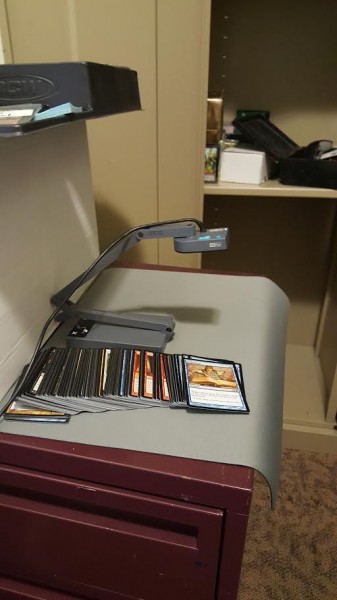 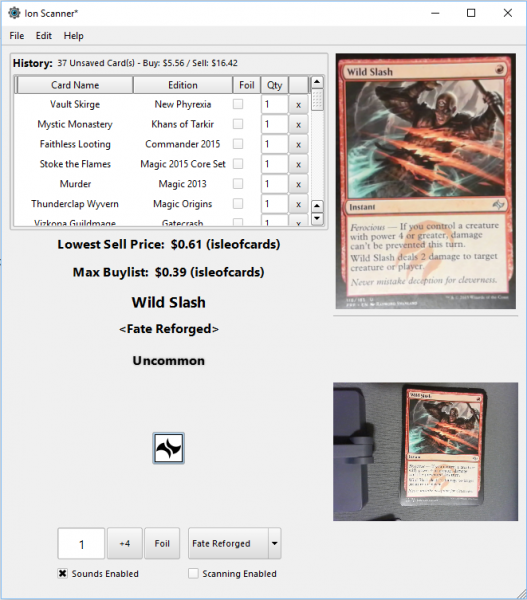 This is the interface you'll be met with once you set up the camera and start scanning in cards. The process is surprisingly quick, and you can customize what stores to show and hide. I immediately hid Troll and Toad and Strikezone Online from my vendor list, but that's a frustrating story for another day. 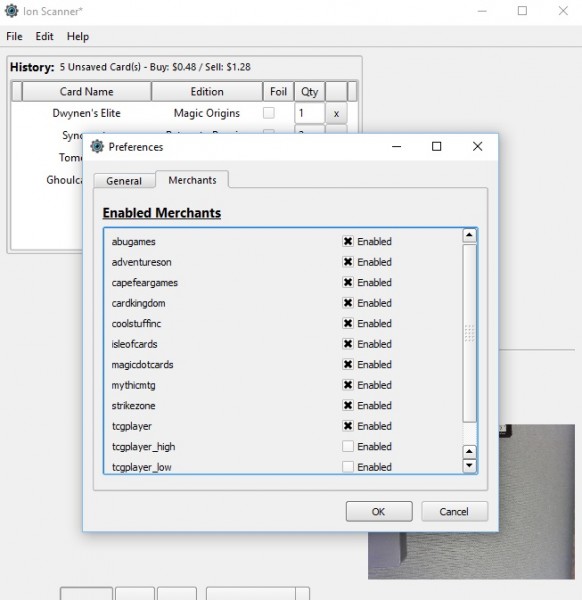 One thing I learned from experience back when I was an Insider was to narrow down the total number of buylists that you're shipping to. While ABU might be paying a few pennies more per card on a couple dozen picks, it might not be worth the extra several dollars to ship them an entirely separate buylist order when Isle of Cards will take that same list ABU was buying for a dollar or two less overall.

Once you get the hang of which vendors consistently pay the highest across the board and accept the most number of copies per card, you'll be able to narrow down your final list to 3-4 stores at the most. If you're just starting out at this kind of thing and want a visual to see what cards are going where, I recommend dedicating a sorting tray to all of the stores and finding out where your bulk will be going. 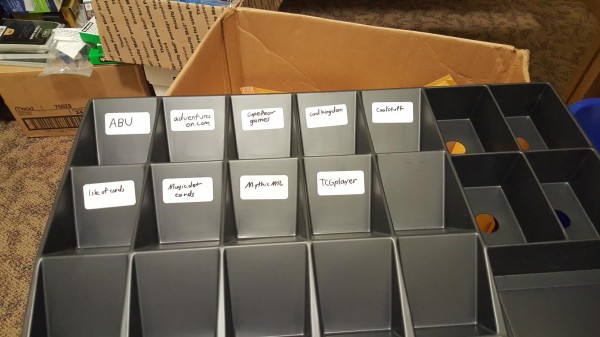 Of course, most of this doesn't help you a lot if your cards aren't sorted properly before you scan. You'll be making a ton of work for yourself if you just grab stuff out of a box like I did in my example, and then throw them into each sorting tray section. When you buylist to a store, they will want all of the cards sorted by set and then alphabetically when they arrive.

It makes adding the cards to their inventory much easier on their end, and it's the fastest way to find something in our own collection as well. Depending on how much bulk you have, sorting by set and alphabetically could take, uh, a while... Yeah... 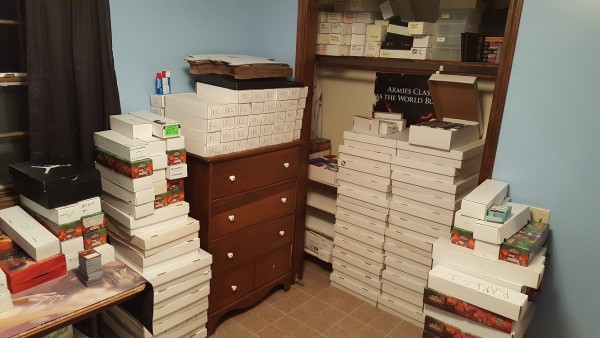 This is a picture from about five months ago, and I've only accumulated more bulk in the meantime. It's hard to find time to sort with work and preparation for grad school, but hopefully I should have my schedule ironed out soon. I'm hoping to get into a routine where I can spend about 5-6 hours a week on Wednesdays sorting out bulk and scanning it, but that's another article for another day.

If you're going to be working with anything more than 40k+ bulk, I really recommend investing in BCW sorting trays in bulk. They're cheap, they get the job done, and can be easily labeled to suit your own needs. That tray above is an example of one, but here's my personal stash that I've been using to sort bulk by set. 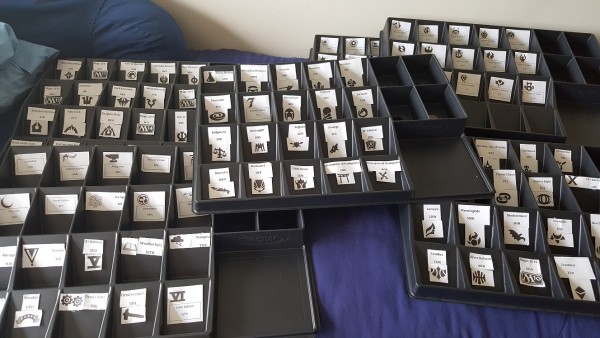 While most stores will want you to ship them cards with all of the sets in alphabetical order (Alara Reborn to Zendikar), I still recommend going chronological for the purposes of organizing these trays by set. It makes adding new sets upon release infinitely easier to the next sorting tray, and a lot of bulk will be portioned approximately by date naturally. The Darksteel doesn't fall far from the Fifth Dawn bulk, at least in my experience.

Here are all the trays in action, in the basement of my Dad's house. 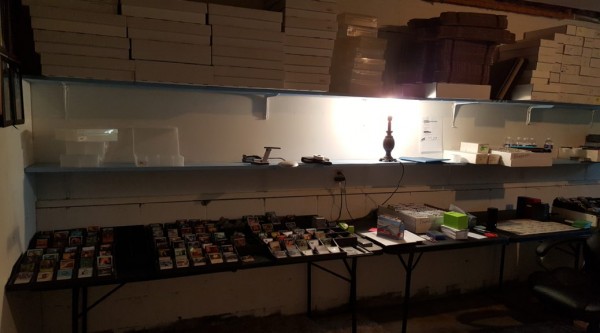 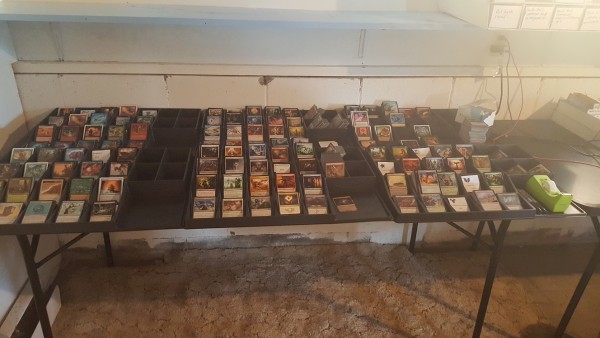 If you're someone who buylists competitive staples and actual money cards regularly, you can take the slightly "relevant" bulk picks that would be going to that store, and add them into a normal buylist order to make the shipping costs hurt less. You don't have to accumulate hundreds of thousands of bulk and make a single order to save on shipping costs, if you were already buylisting a pile of competitive staples to the same store anyway.

Remember that Wild Slash that Isle of Cards was paying $0.39 on? Add in a couple playsets of those, even if the other 3,000 cards you're sending them might take a few weeks to get sorted out. Give ABU Games that Commander's Sphere for $0.41 while you buylist those Inquisition of Kozileks and Hallowed Burials, because you know that you picked it up for less than a penny.

In summary, I do expect to be using ION Scanner a lot once I get my bulk sorted. It's a great tool for figuring out what needs to go to the blueprint, and what's getting parsed out to other stores through Trader Tools. The most important factor when sorting bulk is speed, and it does have that. Call me a corporate shrill if you'd like, but I bought that $100 camera from Amazon; it wasn't a gift from QS. It's still eligible for me to return it for a refund, and I don't plan on doing that.

Maybe next week we'll look at bulk rares, an area that the blueprint doesn't really cover in detail, and how the ION scanner can be used to our advantage when sorting out the true, true bulk from the maybe, not-so-true bulk. Until next week!