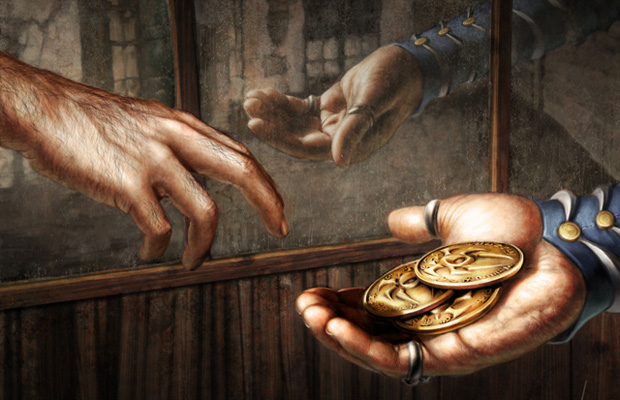 I've been doing a lot of buying not as much selling lately. I normally turn my TCGplayer store off around Thanksgiving break and then again during finals week, allowing me to focus on hanging out with family and then catching up on schoolwork. Selling can be done whenever, but collection buying can sometimes be a "now or never" kind of deal, especially when the seller is looking to cash out to pay bills, trade off EDH decks for a Modern deck that they need this weekend or even just "person X is gonna pay Y, but he can't meet up till Saturday. Can you match it if you meet up today?" 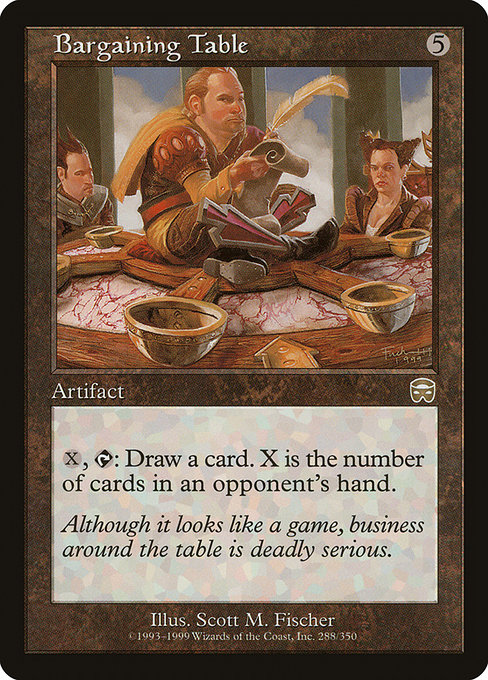 I've run into all of these situations and more, and it usually ends with a giant stockpile of stuff to grade, sort, and inventory. The windfall when I flip chunks of it at Grand Prix used to be nice, but my schedule has more or less prevented me from traveling ever since February when I made the trip to Thomas Dodd's store (a trip that I really want to recreate sometime soon before Vegas, if I get the time).

So where am I going with this? Well, a significant portion of the stuff I've accumulated over the past month or two has been bulk rares. That's not a bad thing – I love bulk rares. I enjoy picking out the Angel of Finalitys, Desecration Demons, and Séances of the "picked bulk."

Up until August or so, I comfortably owned around 10,000 bulk rares. I was able to sort them by color with around 1000 to 2000 for each and leave them at the store where my display case is. I normally sell them for 25 cents a piece, or five for a dollar. After the 10 percent that the store makes off my sales, I'm getting around $.18 per bulk rare. That's a pretty solid margin when I'm buying them for 10 cents each, but the rate of sales is a pretty serious number to take into account. Unfortunately, the store where I keep my display case doesn't keep records of my sales, so I don't know the exact count on how many bulk rares sell on average per day/week/month. It's a videogame store first and foremost, and they just do the exchange of money for me while handing out business cards. 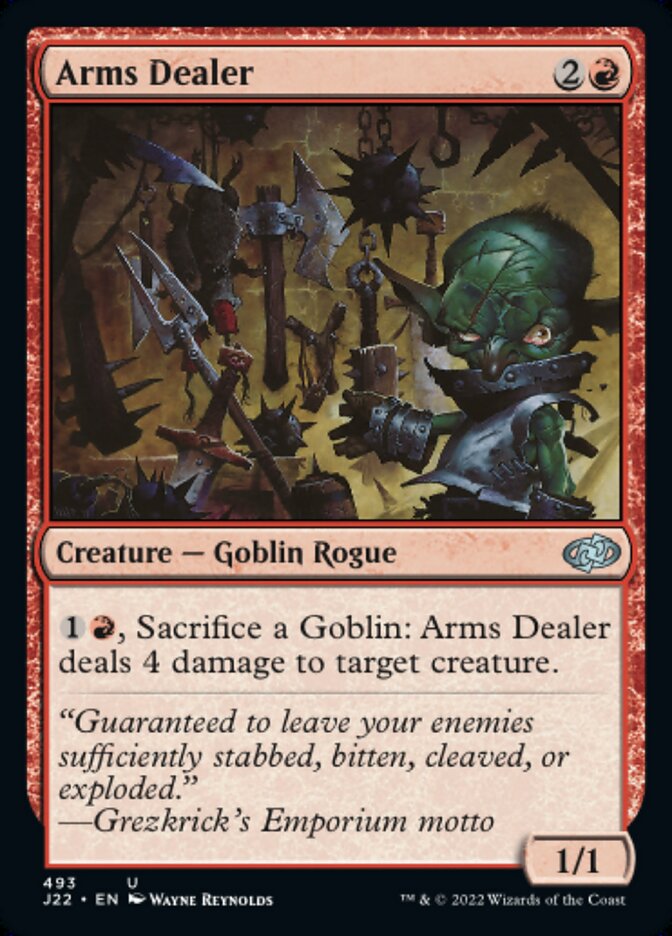 The "problem" recently, if you don't judge me and put "first-world" in front of it, is that I'm taking in way more bulk rares than I'm selling through the display case. I currently probably own 25,000 bulk rares, which is a number I'm not used to handling.

The spectrum of people reading this will react to that number in different ways. When I answer my local players who ask, "DJ, how many bulk rares do you have?" their jaws hit the floor. Store owners and people who handle cards on a level above me will laugh at my relatively paltry collection.

But back to the point: I literally don't have room for that many at the display case, so I need to plan ahead on how (or if) I'm going to sort them, then figure out the line of play for selling them for a profit. Some of you might be dealing with this on a smaller scale; maybe you're a long-time Standard and Modern player who cracks boxes and has accumulated a a few thousand rares that are too bulky (physically and financially) to bring to FNM for trades. We're going to go over a couple of options that we have for turning these theoretical dimes into actual cash, even if the multiplier ends up being a little lower than we initially hope for. 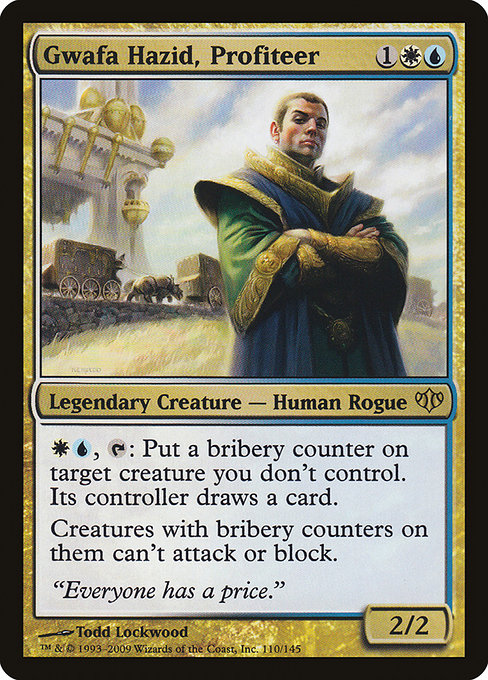 First things first: we should pick bulk rares. Picking bulk rares is kind of like picking bulk commons and uncommons, where most of the cards pulled by competitive players will be cards that are currently in demand for them. You don't really see Brainstorm in common/uncommon bulk unless you're getting it from a very casual player, and it's rare (no pun) in the same vein to get cards like Siege Rhino in a pile of bulk rares, because a decent number of ex-Standard players wanna jam them in Modern or, dare I say it... Frontier....

Your QS Insider sub goes a long way here, because you can use the ION scanner to help pick the true bulk rares from the fake bulk rares. Because I've been doing this for a while, there's not a whole lot of cards that catch me by surprise. If you're a recent Insider or just trying to get serious with Magic finance, I strongly recommend getting set up with ION Core to make your life a bit easier.

Did you know that Detention Sphere still retails for a dollar? Or that you can still buylist it for anywhere between 25 and 75 cents? Those are the kind of margins we're hunting for when you turn into a bulk rare vacuum by matching SCG's pricing on gold symbols. Once you're done picking a few thousand bulk rares, you'll probably have a nice pile of value that will surprise you. Cathars' Crusade, Beck // Call.... all great cards I've picked up for dimes and set aside for later sales. 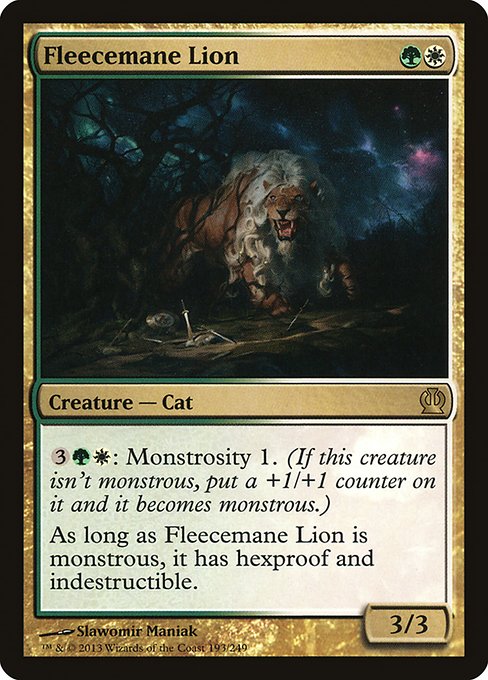 The easiest method is to just try and ship the remaining true bulk en masse for a significantly lower margin. Now that we know there's no 50-cent cards waiting in the ranks, we can send off the absolute jank to someone who has a more consistent out. Some vendors at Grands Prix take bulk rares at above the standard 10 cents, but it's always better to ask around first and get there on Friday. There's always several people trying to unload thousands of bulk rares using this method for 11 or 12 cents each, and you need to get there early (late Thursday or early Friday) to beat them to the punch. Alternatively, find someone relatively local to you through Facebook or Twitter and move them that way. Even if the buyer doesn't have a consistent out themselves, they might just be goldfishing for the $1 and $2 cards that you pulled out.

If you want to put a bit more work into it (and you also have piles of bulk common/uncommon cards to spare), you can create instant collections. Grab 15 or 20 rares of varying colors, a certain amount of common/uncommon bulk, and some basic lands – you're good to go! The biggest reason I've strayed away from these is the time investment; I really don't even know if these would be a distinct seller as opposed to someone just buying my bulk C/U and bulk rares separately. You could try your luck selling instant collections on eBay and Amazon, but even then we'd be minnows wading into territory dominated by experienced stores and people who have done this for a while. If you've had success building instant collections and selling them online or in person, I'd love to hear your story in the comments or on Twitter. 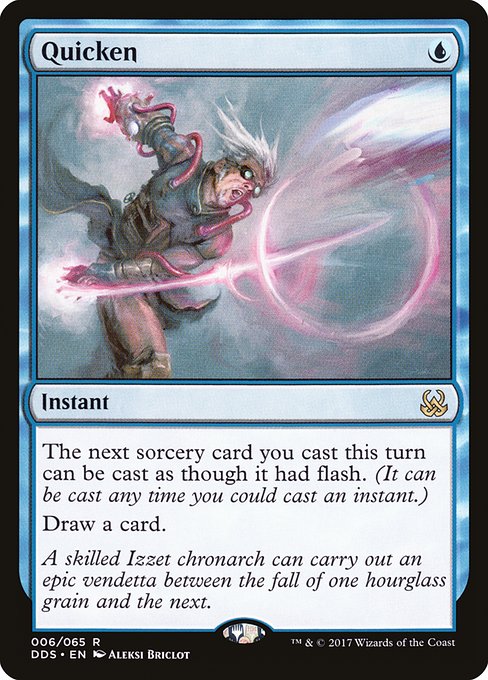 I've talked a bit about my display case, but I'm also happy to announce that I should be able to branch out from that soon. One of the core tenets to the "bulk life" articles that I write is making connections throughout your community and being "that guy" that everyone knows to go to for cash/cards.

I've been visiting a local store a lot recently, and it looks like I might be able to help them a lot with their singles and other Magic inventory. It's mostly a store for D&D and tabletop stuff, but he's been dipping his toes into Magic events and is increasingly in need for cards for players to purchase. While this isn't an option for everyone, I'm definitely hoping to leave maybe 5000 or 10,000 bulk rares there and seeing how things pan out over the next couple of months. Even if I need to drop my price from 20 cents to 15 and offer the store owner a percentage of my sales, I'm still opening myself up to a whole new and expanding player base. We've been getting close to 15-20 people for Modern every week, and we're running out of chairs and tables as more people flock to the store that suddenly has a really strong inventory and buylist on Tuesday nights.

This last tactic is probably a bit late for most, but I suppose SCG will still be running their weekly sale until the end of the year. Although I didn't personally buy anything from them this time, there are some really good deals to be hunted down if you're willing to put in the ten or fifteen minutes a day scanning through the updates. I buy bulk rares and teach others to buy bulk rares on the premise that in the absolute worst-case scenario, you can always get your money back. Even if it's not SCG, someone out there is willing to pay dimes for your bulk rares – because they also read this article.

When SCG provides us with cherries on top, that's even better. We can abuse that 25-percent trade-in bonus and really wring some value out of the rares we get by getting cards a lot cheaper than they are on TCG, theoretically. Star City has $1 Sol Rings right now, and I've talked before about their Expeditions sale and how you could turn 20,000 bulk rares into an Expedition because of the trade-in bonus. While they're not currently offering any special bonus for rares, you can take comfort in the fact that they will buy any number. So if you picked up 15,000 rares before realizing that you went a bit overboard, you can still have a strategic out that doesn't involve taking a loss by trading into SCG at an opportune time like a sale.

That's it for this week! Questions, comments? You know what to do.

10 thoughts on “Insider: How Many Bulk Rares Is Too Many?”