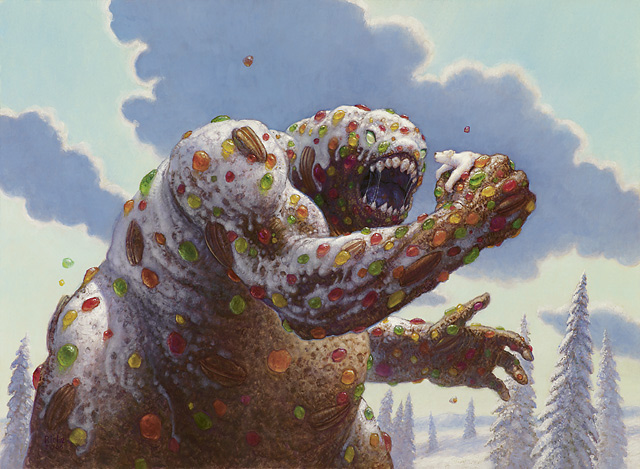 We talk a lot about bulk here. The eternal dimes known as bulk rares and mountains of bulk common/uncommons are easily my favorites, but we've talked a fair bit about basic lands as well.

For as long as I've been grinding bulk, I've used SCG as a baseline for what I should pay. Because of their lack of quantity per card on their buylist, I can buy cards locally knowing the absolute minimum I can get back regardless of the number. If I fail on a Séance-level spec and have 600 copies, SCG will still take every last one. This "no card goes unbought" strategy trickles down to my local area as well, and leaves me as one of the more popular places to go to unload cards in the Syracuse/Utica/Oswego area. I don't really care if it's my 100th Sire of Insanity, because buying that at a dime makes it more likely that I get access to the goodies binder where I'm buying Archangel Avacyns at $12, then selling on TCGplayer for $19 before fees. Easy flips. 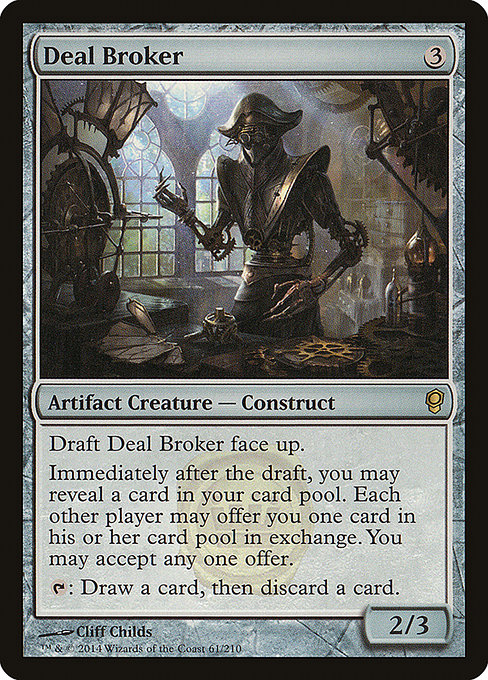 That previous paragraph was basically a review sheet for my #mtgfinance final exam, if I could give one. If you've been following my articles since I started writing for Quiet Speculation, you knew all of that during syllabus week. Bulk rares get moved via the display case, higher-end singles on Twitter/TCGplayer... I've established an out for almost everything I buy. Unfortunately, there's a couple blind spots in bulk cards where I just haven't figured out the best way to move them. I still want to buy them, because cleaning out the entire binder feels better for both parties, but foil commons and uncommons have always ended up piling up in my apartment with no strategic out in sight.

SCG (and Channel Fireball as well) pay $.05 per NM/SP bulk foil card, so I mirrored that strategy for a few years. I've accumulated about 6,000 commons and uncommons since I started doing this, although not all of them were purchased at nickels. Some of these were from my olden days as a booster pack opener, and I've pulled at least 1,000 from picking non-foil bulk commons and uncommons. Still though, there's a simple reason that most stores who aren't superstores stay away from shiny bulk. It just doesn't sell very well. 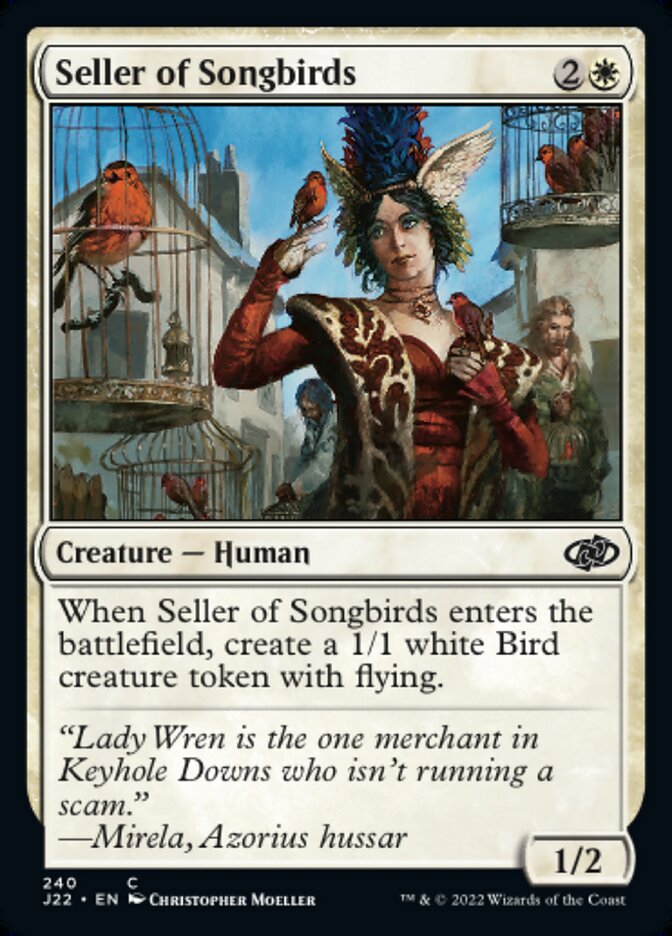 We know the market for non-foil bulk: casual players love the stuff. It's a cheap way for players to build decks and bash them against their friends at the kitchen table, to explore deckbuilding strategies, and land gigantic ten-mana haymakers for fractions of the costs of fetchlands.

But foil bulk is almost an oxymoron: foil cards are, by definition, just more expensive versions of their non-foil counterparts, with a couple of exceptions. It's really hard for a non-competitive player with low levels of emotional investment in the game to justify spending $2 on a foil Colossus of Akros when a heavily played non-foil turns sideways with just as much efficiency and lower chance of curling. In a similar vein, it's hard to argue the benefits of that player spending $.10 on a foil common when they can buy the same cards by the thousand for $5 or $6.

While I've never brought foil bulk to a Grand Prix to try and unload it, I've had the conversation with vendors before and the most I've been offered is $.09 per card on a Friday afternoon, or $90 per thousand. That has initial appeal as a near-double up, although it's less appetizing when we realize that deal is either long-gone or very transient in the market. It's not something we can reliably anchor ourselves too like the SCG buylist.

Better luck might be had spreading some feelers across the Twitterverse and Facebook groups, or finding someone who needs to scrape the art off of the card for the purposes of alterations and custom foiling jobs on proxies, although I'm not sure if this method is obsolete either.

There was an error retrieving a chart for Chalice of Life

Unfortunately, we still lack a "Blueprint"-esque buylist for near-bulk foils, and the list of non-foil picks versus foil picks out of bulk is anything but synchronized. Those who are familiar with more diehard formats will have more success here, as certain multipliers on foils for Pauper and Cube can be quite fruitful. I know I've pulled a foil Grafted Wargear out of my bulk foils that had sat in there for years because every previous time I had picked through that bulk, I didn't know that it was a Cube staple.

While it's in no way a guaranteed double-up, I'm still always happy to pick up NM bulk foils at a nickel a piece, because I have the safety net of SCG and CFB if I ever really need to turn my collection into an ATM at a Grand Prix. I really liked the way Jason Alt described bulk on one of our more recent episodes of Brainstorm Brewery: buying in bulk gives the seller thousands of opportunities to make mistakes, and gives us thousands of chances at winning. While the non-foil Moonmist spiked from $.25 to $1.00 during Shadows over Innistrad block, the foil sits close to $6 today, and that's another card that I bought for a nickel at some point in the past several years. 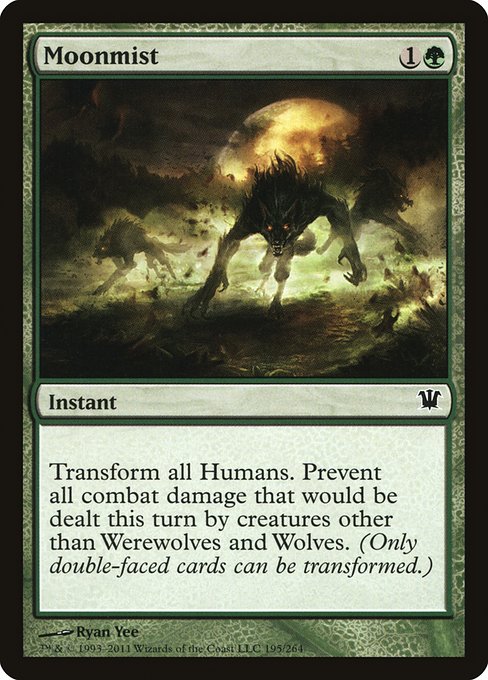 Did you know that foil Sea Gate Oracle is close to $4 because it only has a single printing and is a strong card in both Pauper and Cube? How about Children of Korlis being a $4 foil Time Spiral common?

Random foil commons like this jump all the time, and it's really easy to skim over them on the foils page of mtgstocks.com while looking for the next big Standard or Commander card to make it big. Even if I don't have a consistent streamlined method of "buy X000 foils, pick a couple hundred out, sell X000 leftover bulk foils," the relatively low overall quantity owned makes it so it's not entirely unreasonable to skim through them every six months and see if anything went up by a billion percent while it was hiding in there.

In the same way that I've been teaching how to ask for bulk rares and commons, you make yourself that much more appealing by saying, "I also take all your trash foil commons and match the most well-known stores in the country." Thanks for reading!