Hello, readers and welcome to another edition of the Daily Stock Watch! My pick for today might surprise you a bit but I really like the upside of the card for a long term basis. It's not something that has spiked recently and as a matter of fact, it has continued to slide downwards ever since it came to existence in the world of Magic. Should we be baffled why a card that's seeing an enormous amount of play is only priced this low? 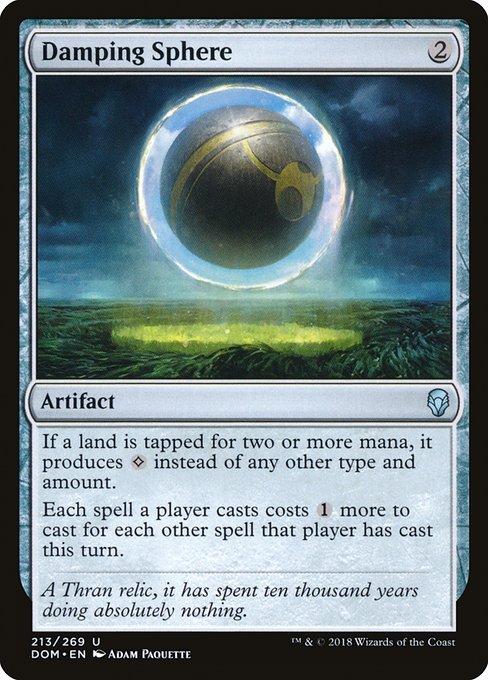 People were so hyped by the strength of this card when Dominaria was accidentally leaked that pre-orders for the normal copy of this card hit a high of $14.95 back in March. It doesn't take a genius to see how this card hoses a powerhouse deck such as Eldrazi Tron (or any Tron variant) with relative ease while making it hard for other decks such as Storm to go off in just a single turn for as long as it's on the battlefield. Fast forward to a few months later, we're still seeing Tron dominating the metagame, thanks to a large chunk of players who continue to flock tournaments using it, and the consistency of Ancient Stirrings. This has pushed the price of Damping Sphere to a downward spiral that not so many expected but has relatively accepted.

Just how many decks use this in their sideboards in Modern? At least 10 tier one and two decks is a safe number to consider for that question. It's so good that even a deck like Humans, which could use Gaddock Teeg to give Tron a run for its money, has already started running it in their board to avoid getting waylaid by Tron. Just check out this version by Jackomatrus from the most recent MTGO Modern MOCS which won the whole thing.

You'll rarely see a non-creature spell in the usual 75 of this archetype but Damping Sphere easily cracked the list nonetheless. Tron players would play something like Dismember to solve a Gaddock Teeg but wouldn't exactly side in a Nature's Claim against Humans, so this addition is a both smart and innovative. Only time will tell if other players will adopt this mentality and since a chunk of tournament players use Humans during competitive events, this could only mean good news for Damping Sphere hoarders. 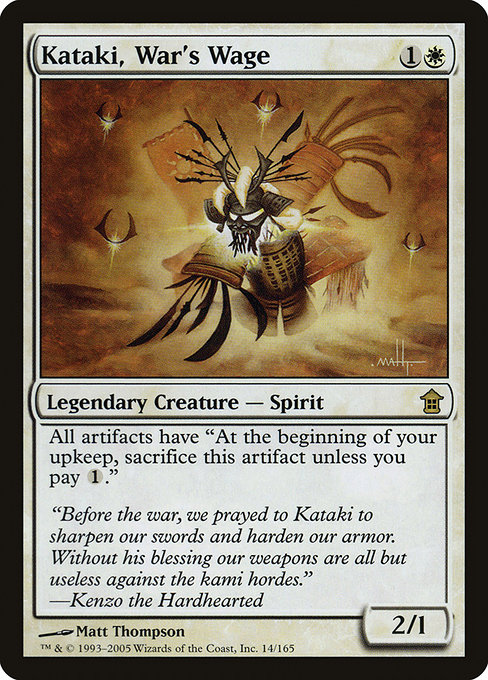 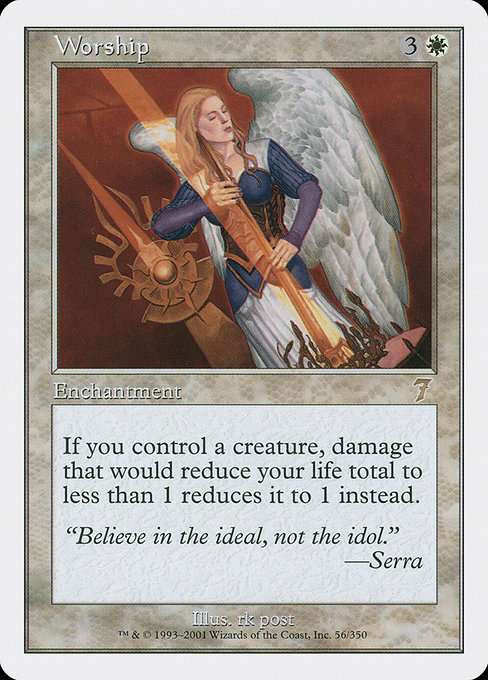 There are tons of good sideboard card in the format to shut down the best decks but none of them comes close to the versatility of Damping Sphere. At a cost of two generic mana, you're giving yourself a chance to beat arguably one of the three best decks in all of Modern just by getting it into play while hoping that the opposition has no answer for it. I think that this card is one of the reasons why there hasn't been any major banning (fingers crossed) in the format for the past months, and it's also the reason why new archetypes continue to emerge with no fear of getting dominated by big mana decks (just look at Hardened Modular which has four copies of Damping Sphere in its sideboard.) At its current price tag of $1.39 (which has been sitting firmly for the past couple of weeks) and the upcoming arrival of Guilds of Ravnica, less packs of DOM should be opened but there should be plenty of this in the market that could be swept. I don't mind investing on this card a lot given how low I could get it for now. Experts know that it's just a matter of time before this card recovers its bearings financially and it's time to cash out.

At the moment, you should be able to acquire copies of Damping Sphere from every major online store out there such as StarCityGames, Card Kingdom, ChannelFireball, and TCGPlayer. Foil copies of it is an auto buy for me at $12 or less and has just as much of an upside as the normal copies. Keep a considerable amount of it with you as a spec target for now and don't be afraid to tank it. There's no way to go but up for this card when the right time comes.