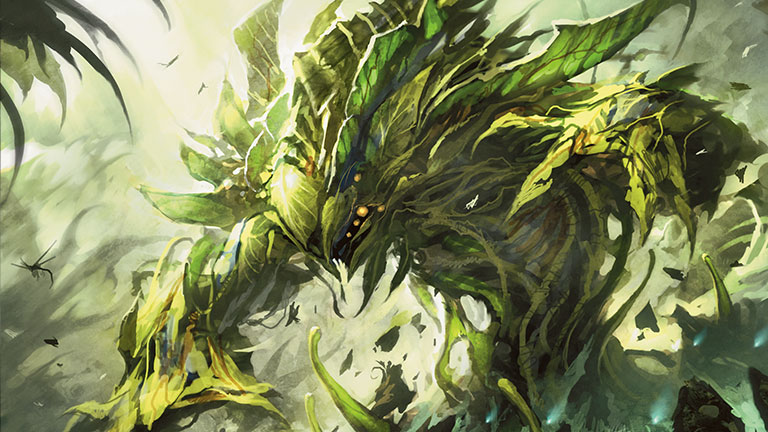 I was watching the Pro Tour coverage while writing this article. BR Vengevine is a deck that appeared on MTGO for quite a while already, and the deck did pretty well at the Pro Tour! That made the deck's core components spike in value.

In response to these changes, the best hate card in the format, Leyline of the Void, also increased in price as shown:

Leyline has reached its highest price since release, 21 tickets. This card was already a strong sideboard card before BR Vengevine made its appearance in Modern. With the rise of this new deck, players online quickly started buying their own playsets to survive the Vengevine outbreak.

For those who missed the chance to buy into any of these three cards shown above, I have a good news for you—there are more ways to beat the explosive graveyard-based deck.

The simplest way is to use the usual hate cards for graveyard decks:

Rest in Peace is the must-have graveyard hate in white decks nowadays. This enchantment does the same things as Leyline of the Void, except for the fact that it can't come down on turn zero. Getting into play two turns later is actually fine against BR Vengevine because the deck requires some time to set up, outside of a crazy opening like double Vengevine, double zero-mana card, plus Faithless Looting. I believe RIP is a good speculation target at its current price.

Extirpate is the cousin of another expensive card, Surgical Extraction. The major difference is that Surgical is basically free—but from a finance point of view, Extirpate is a really good pick right now.

This card not only helps to exile the entire playset of Vengevine or Bridge from Below from an opponent's graveyard, it's also a very good card against Cryptic Command decks with its unique split second mechanic. This is another card I feel is underpriced for its utility in Modern. 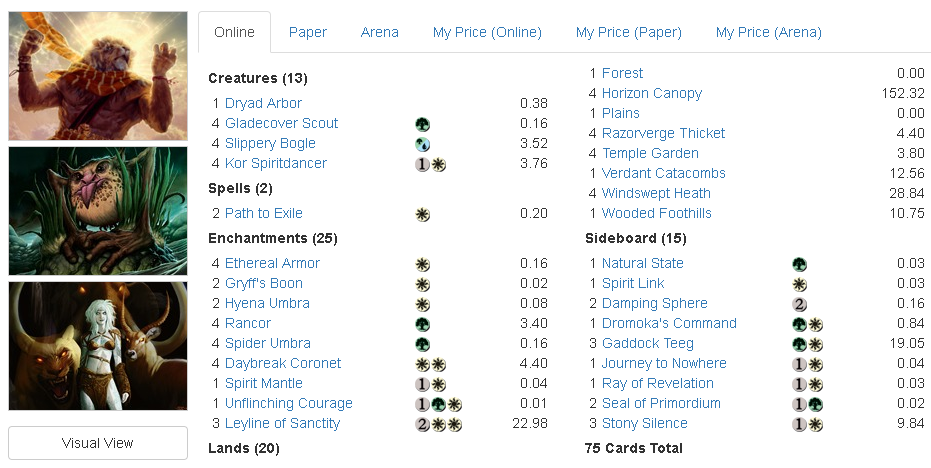 Bogles is an underdog right now, and I believe it's well positioned against Vengevine decks. The bad matchup for this deck is actually Liliana of the Veil decks like Jund or Abzan. However, these decks have already been pushed out of the top 10 Modern decks even with the unbanning of Bloodbraid Elf. The rest of the metagame is control decks, Tron, and creature decks.

With a big portion of the Modern metagame full of creature decks, the Slippery Bogle deck is actually a pretty good choice for any Modern tournament. With cards like Daybreak Coronet and Unflinching Courage, this deck can usually beat opposing creature deck unless they have some really good draws.

Let's look at some components of the green-white hexproof deck:

Daybreak Coronet is one of the core cards in Bogles. A hexproof creature with +3/+3, first strike, vigilance, and lifelink, plus whatever else it gets from other auras, is pretty hard to beat for any creature deck in the format. Coronet is currently at its low point, and definitely one of the cards that I would suggest buying this week.

Kor Spiritdancer only sees play in Bogles, but every time the decks gets popular its price will rise to a certain level. Currently at 1 ticket, I think now is a good time to buy some playsets for investment.

Horizon Canopy is one of the most expensive lands in the format, played as a four-of in Bogles. The reason this card is so expensive is because it's the only land in green or white that draws cards or mitigates mana flood.

Canopy is a little bit too expensive to buy for speculation, but if you have a lot of spare tickets, I think now is the time to purchase your playset. Besides Bogles, this card is played in many other decks in Modern and Legacy. 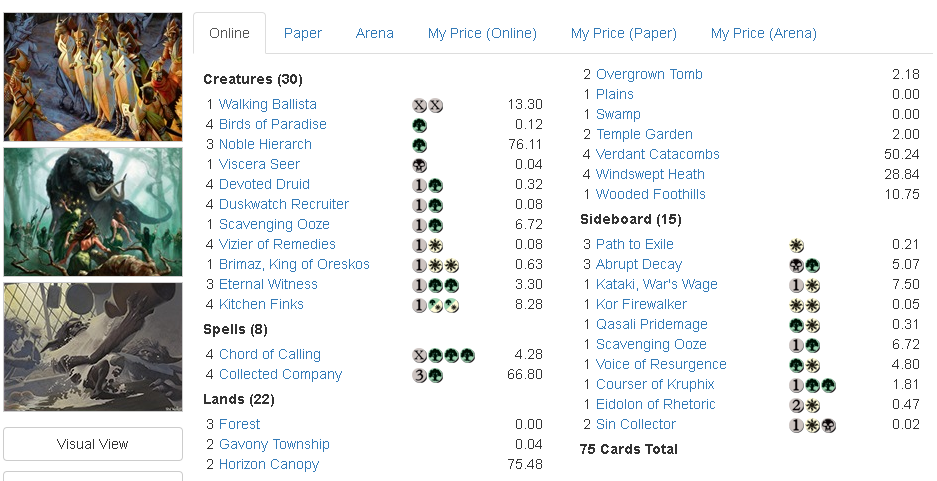 Abzan Counters Company is another key deck that plays Horizon Canopy in Modern. This deck is weak against decks with a lot of removal. Against decks like BR Vengevine, however, which doesn't have many ways to interact with opposing creatures, the combo is going to steal some games.

This deck is able to win as fast as turn three if Devoted Druid and Vizier of Remedies are not dealt with immediately. Moreover, Eidolon of Rhetoric in the sideboard is actually surprisingly good against Vengevine because the ability of the Green elemental will never be triggered as long as Eidolon is in play.

Eidolon of Rhetoric was a sideboard card against decks that are likely to cast more than one spell, like Storm, Burn, KCI combo, and other combo or aggro decks. With four toughness on this creature, and its strength against many decks that are in the format right now, I can foresee players starting to move it to the mainboard. Although this card is just an uncommon, I wouldn't be surprised if it became two tickets or more in the near future. I suggest buying playsets of Eidolon just in case.

Last but not least, this artifact is one of the factors that's pushing Bloodbraid Elf out of the format. Trinisphere is another card that could help to fight the new Vengevine decks. The reason behind this is pretty simple: the Vengevine player is no longer able to cast two spells once this card resolves—no more zero-mana tricks with Hangarback Walker and Walking Ballista.

It's hard to justify having a three-mana card as the strategy to beat a fast deck, but if you consider it in decks like Eldrazi Tron or its variants, you will know that these decks usually have ways to survive until turn three. Thus, I think Trinisphere is once again a good speculation pick right now.