By now, most of you know about my credit flipping strategy with ABUGames. They offer such high trade-in value on random Alpha, Beta, and Unlimited cards that it's easy to find cards that can be flipped for twice as much store credit. When store credit is "half price" like this, it's not hard to find ways to spend that credit on cards that can be sold for more than initial buy-in.

Up until recently, I had been targeting played Modern and Legacy staples as acquisition targets. While (not surprisingly) ABUGames is usually sold out of the best deals, persistent searches did ultimately bear fruit. That is until they increased their prices!

Now some of my formerly favorite targets are just too expensive to be worth acquiring even with cheaply acquired ABU store credit. Jace, the Mind Sculptor was my number one go-to card for weeks--played copies, when available, were under $100 and could easily be flipped for 85%. When credit is acquired with cash at a 50% discount, the 35% difference is all profit. But ABUGames caught on, and now their played price on Big Jace starts at $152.55. Mox Opal is another target I liked picking up with credit because played copies were under $90. It's great they have stock on these now, but at a $111.89 price tag, I'm nowhere near as interested in purchasing any with my store credit.

Other favorites that have recently increased in price include Fetch Lands, Mox Diamond, and Transmute Artifact. The list used to be quite extensive, but the vast majority of targets have all gone up in price, evaporating profits right before my eyes.

Luckily, I discovered a new way of spending credit to keep the proverbial "profit train" from becoming derailed: Modern Horizons cards! These can't be acquired indiscriminately, mind you. These need to be approached with care. But if you are in touch with the market on these cards and do the proper research, you may find success as I have with this segment of the market.

Here's an example of a recent order I placed - remember, you can secure cards through checkout on ABUGames without actually having store credit available. As long as you promptly send cards in shortly thereafter, ABUGames will hold these orders for you.

Obviously, there's a continuum here--not every card is going to be priced below TCG low and you'll have to make some concessions. But I believe pickups like these are solid given the rate ABU store credit can be acquired. For example, if you divided each of the above prices by 2, you'd feel compelled to purchase all these cards. When store credit is acquired at a 50% rate, that's essentially the price of acquisition of these hot Modern Horizons cards. 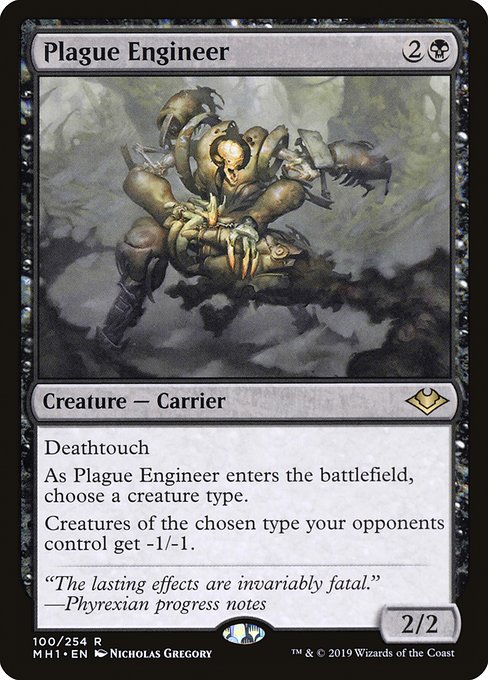 I like this approach because it enables me to buy into Modern Horizons without a significant outlay of cash all at once. Instead, I'm making acquisitions below a market price by leveraging ABUGames' aggressive store credit strategy. I've also reapplied this approach to Card Kingdom, where I've been able to acquire a few playable Modern Horizons foils at a reasonable rate.

From here, I can choose to sit on the cards for the long term view, or I can try to cash out for a modest short-term gain. Either way, I don't think you can go wrong flipping credit into Modern Horizons cards, especially as Core Set 2020 release nears and Modern Horizons gradually becomes a thing of the past.