Many of you who have read my GP reports know that previously I've been a big fan of unloading low dollar cards to vendors at GPs. These are the types of cards you typically get as part of a bigger collection buy that may come as bulk or near bulk, I'm specifically referring to the $2 and less cards. Two months ago, trying to sell these individually on TCGPlayer was a sub-optimal strategy, as after fees and shipping were taken into account you were taking in less than 50%.

These were the cards I would "ogre" (sort by best buylist price) and offer to vendors en masse at GPs. After all, if I got $0.25 on a $0.75 card that I only paid $0.003 on I still made a whopping 8,333% profit. It's important to note that this process is still somewhat time-consuming, but I personally enjoy sorting cards and digging for treasure in collection buys, so I felt it was worth the efforts.

Recently TCGPlayer changed how cheaper cards could be purchased. Instead of a $2 minimum, they now allow buyers to purchase whichever cards they want with a big caveat - there's now a $0.78 additional charge PER store they are buying from if the total store purchase is under $5. The reason this is so important is that TCGPlayer is a pretty cutthroat environment, which forces many sellers to offer free shipping to compete.

A key thing to remember is that shipping costs are flat fees, typically in the range of $0.45-$0.6 per plain white envelope package. While it may not seem like much, this is a significant percentage overall for small sales. On a $2 sale, that shipping fee represents 22.5%-30% off the transaction. You then have to account for the flat $0.3 flat fee per transaction from PayPal (who processes the financial transaction), which is another 15% off the transaction. Finally, you have the percent fees of 10.25% for TCGPlayer and 2.5% for PayPal.
On a $2 order (that you previously could get $1 or so buylisting to stores at 40-50%) you are basically breaking even, as opposed to selling on TCGPlayer, except it was a lot less effort on your part to cash out. This is why it was smart under the old rules to price cards that were near $1 at $0.99, so people had to order more than two from you and cards near $2 at $1.99 for the same reason. 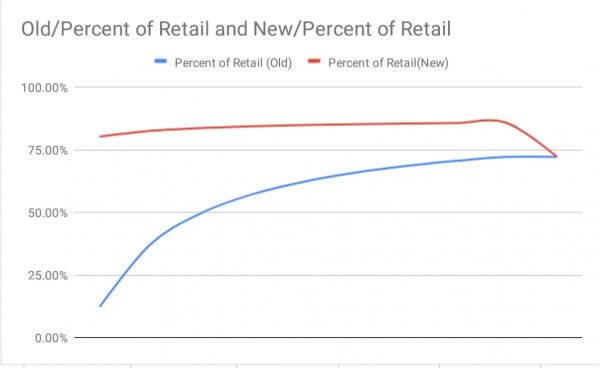 As you can see, it's significantly better for sellers now with the graph merging at $5 as nothing changes for orders above $5. 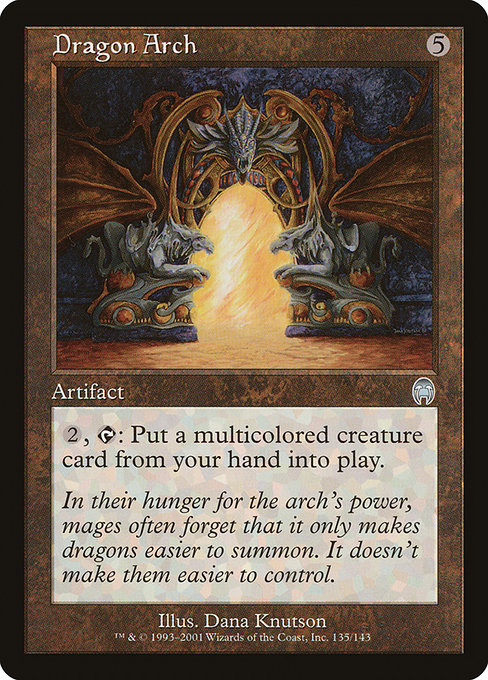 This change will likely cause some side effects. As it's now far more profitable to sell cheaper cards on TCGPlayer, one would expect that many players who previously resorted to buylisting the cheaper cards will shift to selling on TCGPlayer. This means that stores may have a harder time acquiring the cheap cards that they used to get for pennies on the dollar. Stores will be forced to either increase their buylist prices on the hotter cheap cards such as key standard uncommons and many standard rare staples or resort to buying more bulk in hope of pulling them.

Obviously, not everyone will start selling on TCGPlayer, as many people currently don't. I don't imagine this is enough of a change to make them suddenly put in the effort, but if a lot of the binder grinders start listing cheaper cards, one of these two scenario's will likely happen. While not directly related to this change, WoTC's recent decision to support the Pauper format, which is one that tends to have a lot of staples that fall into this sub $5.00 category, may increase the pressure on vendors to aggressively buy Pauper staples at more competitive prices. 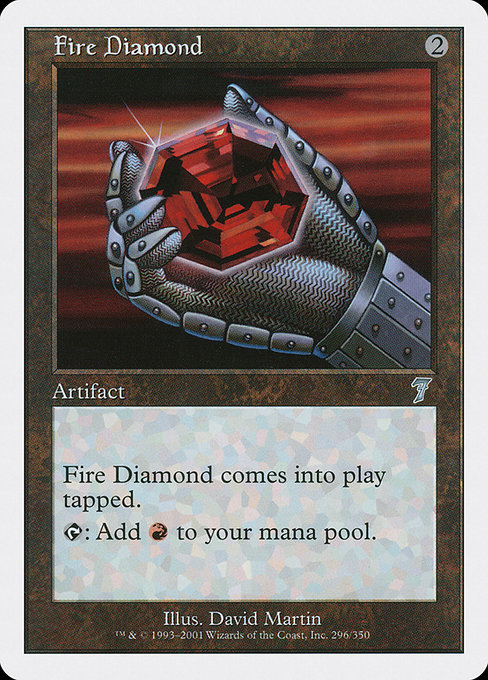 The $0.78 flat fee charged to buyers will likely serve as a good deterrent in making small purchases. I expect stores that list a lot of sub-$0.25 cards to see more cards purchased per order in order to break the $5 mark. This can be both a good and bad thing. The typical plain white envelope (PWE) shipping in the US does have size limitations which you can read about in a previous article of mine found here. If people buy a significant number of cheap cards in an order you can actually take a bigger hit on profits due to the higher shipping costs.

In that article, I calculated that you can fit about 16 Magic cards in a PWE and ship it with a single Forever stamp. Using this method, I can't guarantee you won't have any issue going through the sorter. However, the cost difference between PWE and bubble mailer tracked is around $2.25, which reduces profit further by about 45%. You could increase the number of cards per top loader by using higher point top loaders (the points appear to represent 1 mil or 1/1000th of an inch), which would then allow you to fit more cards per envelope. Keep in mind that higher-point top loaders tend to be a lot more expensive per piece than the common 20 point variety.

This shift in potential purchasing may mean you'll want to list playsets of these types of cards, along with playsets of cards that are often played in the same deck. For example; Chromatic Sphere and Sylvan Scrying. 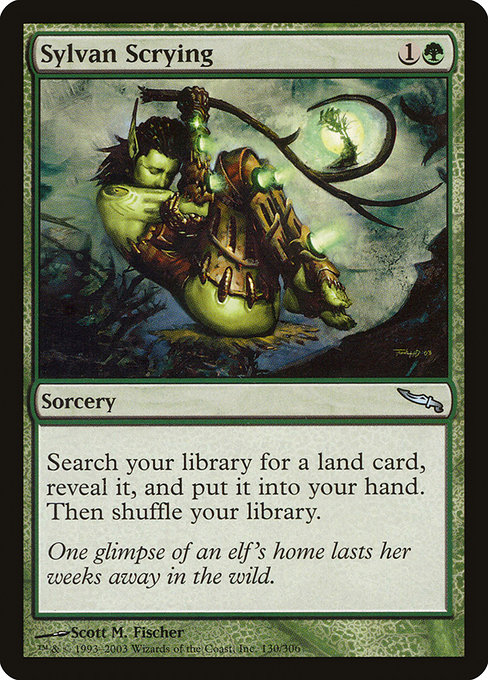 Lastly, this change makes buying and picking bulk a more profitable endeavor. Note that it may be more difficult to find unpicked bulk in light of this change, as more people may decide it's worth their time to pick. If anything, you may have to pay more aggressively to acquire it.

This TCGPlayer pricing change is a huge boon for anyone selling cards on that platform. The majority of Magic cards fall in the under $5.00 realm. This means it's easier than ever to add cards that would typically rot in a binder or box to your overall inventory, and turn them into actual cash. I can honestly say I'm very happy with this change and I have re-listed cheap cards that I previously pulled out of my online inventory thanks to the new $5 minimum. This will also free up my time at Magic Fests, as I typically spent 6+ hours buylisting small stuff to various vendors and very little time trading and playing.