I couldn’t attend MagicFest Las Vegas this year. Traveling for Magic events is prohibitively difficult given my current family dynamic. But just because I couldn’t attend the event doesn’t mean I can’t extract a few nuggets of useful finance data from it. In fact, there’s one readily available set of data on social media that could provide some insights.

Ninety-Five MTG was clever enough to post their hotlist each day of the event. Their formatting is legible and easy to navigate through. Not surprisingly, some prices did change throughout the event. Although there are going to be local factors to this particular vendor, we can safely assume changes to this hotlist reflect their ability/inability to acquire certain cards throughout the event.

So without further adieu, let’s dive in and see if we can glean some valuable information about the Magic market from MagicFest Las Vegas.

I’m going to start by focusing on cards that were added to the hotlist from Day 1 to Day 2 and from Day 2 to Day 3. These are the cards for which Ninety-Five probably saw consistent demand. Perhaps they sold out of some of these cards. Or perhaps their pricing was too low relative to the rest of the vendors in the event hall. Whatever the reason, it’s safe to say Ninety-Five added cards to their list that they wanted to purchase more copies of due to greater demand.

First, the foil promotional Sol Ring was added onto the list—this makes sense, since people started receiving them once tournaments began. People weren’t going to have them to sell at the very beginning of the event. No surprises there.

The second addition is the MagicFest foil promo Lightning Bolt. Like before, this addition seems logical once numerous players receive this promo for playing in events.

The third addition, however, is more indicative of a real trend: Chandra, Awakened Inferno from Core Set 2020. This must be a reflection of demand, or else a price adjustment. Either way, Ninety-Five wanted to acquire more copies on Day 2 of the event as evidenced by their placing the card on their hotlist. Their $13 buy price eclipses all buylists on Quiet Speculation’s Trader Tools page, indicating an aggressive move to acquire copies. Perhaps these were selling quickly on the event floor? 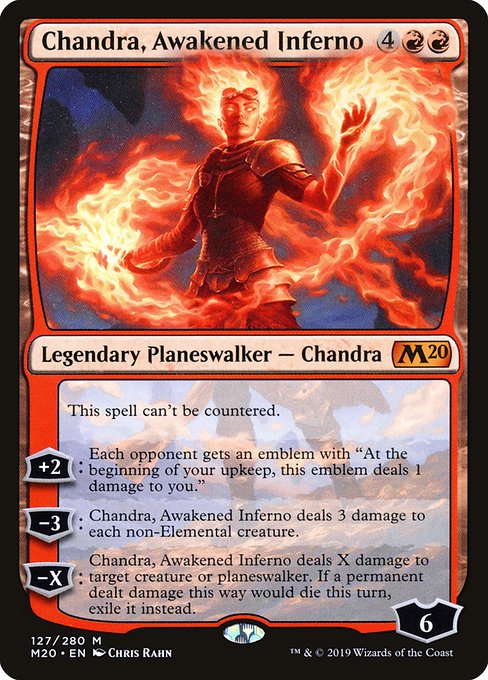 The final addition to Ninety-Five’s hotlist between Day 1 and Day 2 is Path to Exile. Despite its many reprintings, this card refuses to stay cheap. Ninety-Five’s buylist price of $5 is underwhelming when compared to other online vendors. I’m not sure if other vendors on site were paying more or less aggressively, but this is a noteworthy addition at least.

Next, let’s examine additions from Day 2 to Day 3. The only addition I note is Horizon Canopy, with a $32 hotlist buy price. The top price on Trader Tools for Iconic Masters copies is $30, so this is a very good number. Again, this must reflect on-site demand for the card (or else a sudden run on their stock online). Otherwise, there would be no need to suddenly add this card to their hotlist. 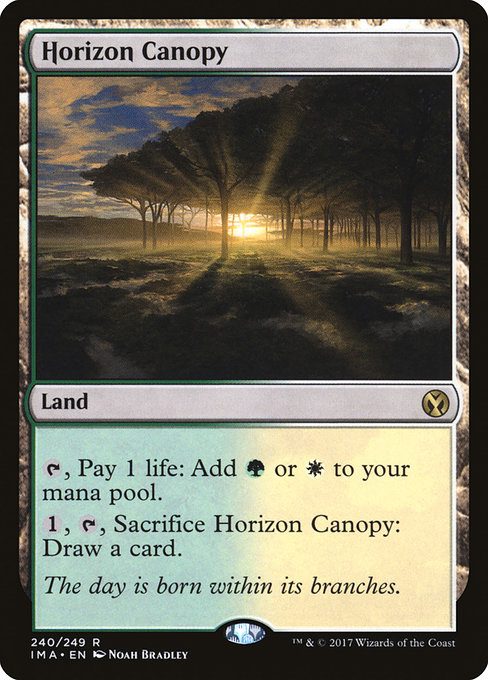 Converse to assumptions around hotlist additions, we can probably assume that removal of a card from a hotlist indicates diminished desire to purchase copies. I’m sure Ninety-Five was still buying cards they removed from their hotlist—but they made a conscious choice to prioritize other cards for that given day. They only have so much real estate on their hotlist board, after all!

From Day 1 to Day 2 I can only find one subtraction from Ninety-Five’s hotlist: Through the Breach. They were paying $5 on the card Day 1, and it’s possible their buy price didn’t even change much from Day 1 to 2. But a decision was taken to deprioritize Through the Breach, perhaps in favor of Path to Exile at the same price tag. The best buy price on Ultimate Masters copies of Through the Breach online is $4 according to Trader Tools, so maybe they took in enough copies Day 1 by offering a competitive buy price. 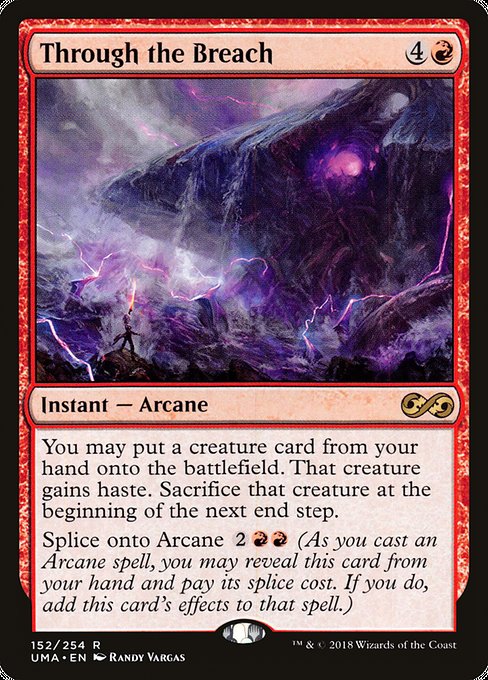 From Day 2 to Day 3, the first hotlist exit is Resplendent Angel. On Days 1 and 2 they were offering $8 for the card, 33% higher than the top buy price online. Perhaps they took in a bunch of copies after the first couple days. Or maybe they simply ran out of space after adding Horizon Canopy. Either way, someone had to make the choice that Horizon Canopy was in and Resplendent Angel was OK to fall off the list.

The second card to fall off the Day 3 hotlist was foil Japanese version of Liliana, Dreadhorde General. Their $900 offer was extremely high, leading me to believe they were on the hunt for copies to supply a particular buyer. Card Kingdom’s buy price, by comparison, is only $650 (though they are sold out, so this could increase). But perhaps they just like to have these in stock and were trying hard to take in a few copies. Either way, they must have satiated the most urgent demand since the conscious decision was made to take this card off their hotlist on Day 3.

As far as I can tell, these were the only subtractions from the hotlists.

The final thing I want to review from Ninety-Five’s hotlists are adjustments to buy prices. I’d expect only price increases to occur on these hotlists—if a hotlist price was to be decreased, it means enough copies were acquired and the card probably doesn’t belong on the hotlist anymore.

From Day 1 to Day 2, Ninety-Five’s buy price on Mox Diamond increased from $180 to $200. This reflects a recent increase in the card’s price. The top buy price online is $185 for the Stronghold printing, so $200 is certainly aggressive. But given this card’s recent strength, I’m sure other vendors will follow suit in the near future.

Another increase from Day 1 to Day 2 was Urza, Lord High Artificer, which increased on Ninety-Five’s hotlist from $25 to $27. This card must have been tough to take in when the buy price was $25, so a move higher was made in an attempt to attract more prospective sellers. The top buy price online is $25 according to Trader Tools, but perhaps supply is outpacing demand at the moment and this card’s price is on its way up?

Shifting to Day 3, the most significant buy price increase was in the MagicFest foil promo Sol Ring. After offering $70 for the card at first, Ninety-Five decided to increase their offer to $100! This has to reflect the demand for this card and Ninety-Five’s desire to be competitive with other vendors in the room. In fact, they even tweeted out their $100 buy price on this card, specifically, later during Day 3.

MagicFest Las Vegas is always a great event to study the Magic market. It reflects the simultaneous presence of so many cards and so many vendors, enabling instantaneous transactions to help market prices reach equilibrium. There’s no delay in shipping, no arguments over grading, and no order cancellations in the traditional sense. This is why I like to examine this event closely for pricing trends.

Unfortunately, I wasn’t able to attend this year. But that doesn’t mean I can’t glean some important information about Magic’s economy. By examining hotlist trends, I can identify what cards were on the move and what cards were a bit more stagnant. Since Ninety-Five graciously tweeted out their hotlist each day of the event (and their hotlist is organized, easy to read, and so extensive), I used their numbers as my gauge.

After this assessment, there are some clear trends. Horizon Canopy and Mox Diamond are hot; Through the Breach is not. But the biggest winner of all is the foil MagicFest promo Sol Ring. I get the card is attractive and the current supply is constrained. But I’d recommend caution to people interested in acquiring copies. We know more copies will be disseminated at subsequent Magic events, and we are nowhere near peak supply just yet.

Once vendors return home from Vegas and start listing their newly acquired inventory for sale, we should see the price on this Sol Ring pull back. It’ll be interesting to see how this card’s price evolves over time, along with the rest of the weekend’s hotlist movers and shakers.