My name is Sigmund Ausfresser, and I have a problem.

After reading the book Digital Minimalsim by Cam Newport, I realized that I have an addiction to my cell phone. I found myself monitoring meaningless events from my phone rather than paying attention to what’s around me: my 2-year-old’s bath time, my son’s arts and crafts project, and my spouse’s daily conversation about her day. Does my phone really contain information more valuable than these in-person experiences with my family? This was the first indication that I needed to make a change.

What does this have to do with Magic? Much of the time I’m looking at my device, it’s because of a Magic engagement. Whether it’s Twitter, Discord, Slack, or browsing in Safari, I spend so much of my time using my phone to engage in the Magic hobby. While these services have a purpose, I think it’s time I make some drastic changes. Immediately.

In the past, I have written about the material benefits of engaging with the MTG finance community on social media. Discussing cards on Discord, monitoring trends on Twitter, and watching metagames unfold on Twitch are fantastic ways to stay in the loop on what cards are making waves in the multiverse. But how often does engagement with these services provide quantifiable benefit?

Consider the law of diminishing returns:

The first couple times these social networking services are engaged, productivity is realized. But it doesn’t take long before the benefit of each incremental check yields a diminishing return. When I wake up in the morning, I check MTG Stocks, Card Kingdom, Discord, and Twitter to see what trends unfolded overnight. There are usually a few valuable tidbits. But checking these same services and sites ten times more throughout the day offers minimal, if any benefit.

It’s time I put a stop to these unhealthy habits. I’ll still respond to people when they ask me MTG finance questions directly because I love interacting with the community. But my replies will be slower. Additionally, I’ve deleted Discord, Facebook, and Twitch from my phone so I can only interact with these services from a computer—this way the distractions won’t get to me while I’m out and about. My Twitter usage will also be severely reduced and I intend to cull the number of accounts I follow to better curate my feed (no offense to anyone I may unfollow!).

To enforce these rules for myself, I have also utilized the Screen Time function in iOS—now my access to the Twitter app is shut down after I use this service for fifteen minutes in a given day (I hope to reduce this time even further). This seems like ample time, but it goes by so quickly because Twitter is my primary interface with the community. 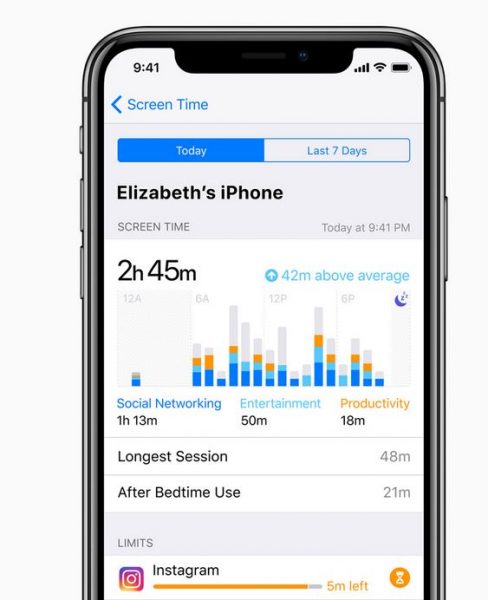 Will I miss some crucial event and fail to capitalize on a golden opportunity for profit due to these self-imposed restrictions? It’s possible, but highly unlikely. As long as I purposefully stay engaged when it’s convenient for my schedule, I’ll remain informed of major events: ban and restriction updates, metagame evolution (I don’t care much about Standard and Modern anyway), and special product releases.

It’s important to remain informed of these occurrences as they unfold, but these are acute events. Monitoring every person’s random tweet and following every buylist change on Card Kingdom’s website is far less valuable. It’s these behaviors that I intend to eliminate.

Quiet Speculation’s newest writer, Jeremy (@MissouriMTG on Twitter), has devised a brilliant method of liquidating cards while maximizing his time: selling grab bags. You can purchase these products in $100, $450, and $1000 increments. Because of his reputation, prospective buyers know they’ll receive “value” in purchasing these pre-assembled products. Every $100 spent is assured to realize at least $100 in cards.

I’ve purchased two of these grab bags myself. In the first, I received a near mint book promo Mana Crypt.  This card buylists for $160, so I made a 60% profit on this particular bag. A worthwhile investment! The second grab bag was a little less inspiring, containing an array of Modern-bordered cards whose buylist value was in the high $90’s. It was cool to open a semi-randomized grab bag of cards, but because I’m primarily an Old School player and collector, none of the cards had utility. I plan on selling all of these.

That brings me to why I think Jeremy is a genius for selling these products: even though he’s giving folks “value” by selling grab bags, he’s essentially buylisting these cards to players instead of stores. Think about it: he gets paid $100 right away, then ships whatever pile of cards he wants. As long as they’re worth at least $100, the customer is happy. This means he doesn’t have to submit 1000’s of cards to buylists, put them in alphabetical order, worry about downgrades in condition, etc.

What’s more, when Jeremy’s customers receive their grab bags they will need to sell cards in order to realize the “value” made by purchasing this product. This means effort. In my case, I’m submitting buylists to both Card Kingdom and ABUGames to eek out profit without wasting too much of my time. Others may choose to sell the cards on eBay or TCGPlayer. Either way, we the customers are acting like the resellers. Jeremy buylists the cards to us, the customers, and we are the secondary sellers looking to turn a profit.

Why is this brilliant? Let’s put it in the context of Digital Minimalism. Jeremy is bypassing the time and effort of being the secondary seller, by instead shipping these grab bags to players who are dying to hand over their hard-earned cash. In doing so, he’s essentially paying us (in cardboard) to sell all these cards for him! He’s paying for our service by selling us $110-$140 worth of cards for $100. Without realizing it, we’ve become his hired hands!

There’s still the thrill of opening that envelope without knowing what’s inside. Maybe you opened some cards you’re happy to keep. That’s all possible. But the bottom line is, Jeremy is paying us to make his life easier by accepting whatever cards he wants to liquidate. He’s paying us to sell these cards for him. I tend to enjoy placing buylists and working the grind, but in a world where I’m trying to cut down on my Magic finance time, I think I need to step aside and let others take advantage of this paid position. I applaud Jeremy for his ingenuity.

Instead of being an MTG finance article, this week I wanted to dwell on something that is directly impacting my life at this moment: my smartphone addiction. I want to significantly cut down on how much time I engage with social media and various MTG websites. I'm on the unproductive portion of the diminishing return curve, and each incremental minute I’m spending is yielding negligible gains.

It’s time to change that. I’ve already deleted a bunch of applications from my phone, and the apps I’m keeping will be regulated using iOS’s Screentime capability. This will hopefully keep me in check when it comes to time I’m spending on my device. It’s so critical to remember there’s a real-life world around us—an experiential world that doesn’t require a screen interface. It’s about time I compulsively check what this world has to offer, rather than constantly escape into the dark hole that is social media.

As for the impact on MTG finance, I expect to spend less time engaging with the hobby. But this doesn’t mean I’ll be any less interactive—I just need to be more deliberate in where I spend MTG time. Checking buylists five to ten times a day out of boredom (yes, I have been doing this) can’t possibly be productive. Instead, I’ll do my checking once in the morning and once before bed, and that’s it. It’s highly unlikely I’ll miss some golden opportunity by adhering to this self-imposed rule. And even if I do, so what? Opportunities arise on a weekly basis in MTG finance, and if I miss one I’ll just as likely be able to find the next one.

Lastly, I’m going to consider more creative ways of moving cards in order to save time. I’ve already begun this by focusing on buylists rather than selling peer-to-peer. In other cases, I sell via Twitter to avoid the hassle of selling on eBay or TCGPlayer. I may even sell more aggressively moving forward, pricing cards low enough to make selling even faster and easier. I may leave a little money on the table by doing this, but the time it gains me back will be more than worth it!

Buylists have been relatively unexciting lately due to the softness in the Magic market. For this reason, I don’t have many inspiring data points to share. Instead, I’ll share a couple of recent purchases I’ve made from Card Kingdom (using store credit) because the pricing was attractive.

3 thoughts on “Why MTG Finance Exacerbates My Smartphone Addiction”