Editor's note: This article contains a brief analysis of Mage Market's short-lived service for financing MTG purchases through their financing partner Klarna. Shortly after time of writing, this service was removed from their site, and Mage Market have released a comprehensive statement regarding the situation.

Over the past two weeks, I’ve been exploring the differences between the stock market and the Magic card market. The two are often compared (I’ve done my own comparisons in the past), but less frequently are they contrasted. It turns out Magic has a profoundly different risk/reward balance due to a lack of information and regulation.

Yet another difference between the two markets ties in quite nicely with something that happened in Magic news last week. Bear with me on this one—before tying everything together I need to establish some definitions.

According to Investopedia, short selling is defined as opening “a position…by borrowing shares of a stock or other asset that the investor believes will decrease in value by a set future date—the expiration date. The investor then sells those borrowed shares to buyers willing to pay the market price. Before the borrowed shares must be returned, the trader is betting the price will continue to decline and they can purchase them at a lower cost.”

This is generally an incredibly risky proposition because there is no ceiling on how much a short seller can lose. When someone buys a stock, the most they can lose is the amount they paid for that stock. When short selling, a stock could climb indefinitely (in theory), causing the short seller’s loss to climb with no end in sight. There’s also an interest component; short sellers often have to pay interest on the stock they’re “borrowing.” Gains from the short sale would have to outpace the interest rate to be worthwhile.

In Magic, there’s no structured way to accomplish a similar short-selling transaction. On a micro-scale, I suppose someone could borrow cards from their friend, sell those cards, and promise to return the cards to the friend within an allotted time. But this relies on the trust between the two friends and could never scale. There’s no institutional way to complete a short selling transaction.

With over 1,000 votes, the result is clear: people are interested in financing a deck.

Then on Wednesday, the other shoe dropped. Mage Market announced a partnership with Swedish banking company Klarna, enabling shoppers to finance their Magic purchases over a period of time.

My first reaction was “What is Klarna and how is this legit?” But a quick Google search reveals Klarna is a real company.

It’s a Swedish bank that provides online financial services, it has over 2,500 employees, and it handled over $20 billion in online sales in 2017. I also found the member FDIC fine print:

Net, it’s a pretty big deal in Sweden and is slowly gaining business partners in the U.S.

Fine, it’s a legitimate company. My second question was, “What are the terms for using this service?” This question has been far more elusive than my first one. I searched a good 15 minutes on Mage Market’s site and couldn’t find the specifics. I guess I’d have to create an account and attempt to make a purchase in order to test it out—I’ll take a hard pass on that.

I checked Klarna’s site for details too, but it seems they’re partner dependent. There are many options with Klarna: pay later, pay later in 30 days, and pay later in four installments. Some of these plans involve fees and interest, while others don’t. In their legal terms, I found only one reference to interest.

“The Services are free of charge. Please note that interest and fees may apply to the use of a specific payment method. So make sure you check the specific information for the payment method that you use.”

So it’s free except for fees and interest that may apply? And just how much are those fees and interests? I tried looking at the terms and conditions for each of the service options, and there are no numbers listed. No standard “21.99% APR” or the like, as I’m used to with traditional credit card fine print. It must really be partner and service-dependent.

Without knowing the details, all I can do is express caution if you’re going to consider purchasing Magic cards with this approach. It looks like the option is legitimate; but do we as a country need to be accruing more debt? Are we so desperate to obtain pieces to a card game that we’re willing to mortgage future pay to acquire things now? How much more are you going to be paying for your cards by leveraging Klarna? Think before you leap.

Put the Two Together…

Editor's note: the following is meant to be for discussion purposes only. Sigmund Ausfresser, Quiet Speculation, and the Insider Community do not condone the practice of selling cards you do not own or have in-hand.

I’ve established the definition of short selling and then I introduced an option to finance Magic purchases through Klarna. Do you see where I’m going here?

Before I receive a ton of backlash, please keep in mind this section is purely meant to be a thought exercise. This is theoretical speculation, and not meant as instruction.

What if…you could purchase cards from Mage Market using Klarna, select an option that lets you defer payment for 30 days, sell the cards into a spike, buy them back a few days later when the price retraces, and return the cards so you wouldn’t need to pay for them? It’s convoluted and ill-advised, but I believe this is one way of actually “selling short” Magic cards. Given the perfect circumstances, it's not impossible. 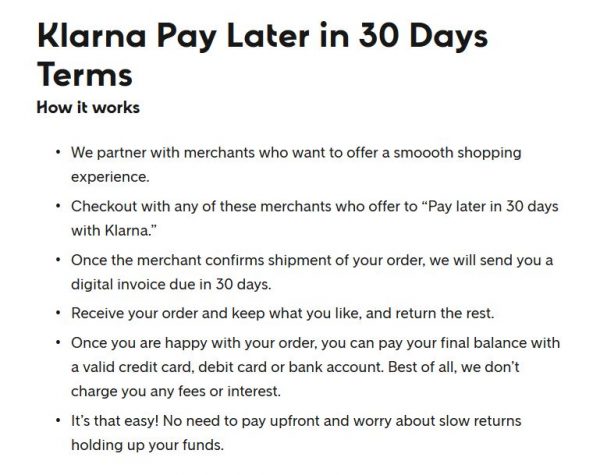 However, one thing to keep in mind: This is hugely risky, and I would never advocate such a plan. In fact, I even caution against posting cards for sale that you just purchased and don’t yet have in your possession—that alone can introduce unnecessary risk. What's more, with any associated fees, the margins would be razor-thin on most transactions. Doing so would be hardly worth the time, effort, and risk. But this makes for an interesting thought experiment as I further contemplate the discrepancies between stocks and Magic cards.

In some ways, navigating the stock market can be vastly more complex than dealing with the Wild West that is the Magic market. One thing that is more simplified in Magic is the limited number of transactions one can perform with these assets. In stocks, you can make simple buy/sell transactions too, but you can also sell short and buy/sell put and call options. Each transaction can serve some strategic purpose in one’s portfolio.

In Magic, there is really only one way to invest: buy cards now and sell them later, hopefully for profit. To perform any more complex transaction requires knowing and trusting an individual willing to partake in such a transaction, such as the covered call I once sold on some Shock Lands. Remember that one, from July 2014? If you enjoyed this article series on the stock market, I strongly encourage you to check out this flashback from 6 years ago.

Now I’ve found another way of engaging in Magic finance that could work, at least in theory. You could hypothetically short-sell by leveraging a pay-later strategy with Klarna and Mage Market. Acquire cards that just spiked, sell them immediately, wait two weeks for the price to settle back down again (this happens all the time, after all), purchase the cards back, and return them before the 30 day period is over.

You must bear in mind that it is highly unlikely that this would work in practice, and I advise against attempting this, or anything like it. For one, shipping time alone could really eat into those 30 days, and you’d be at risk of incurring fees/interest if you took longer to return the cards. More importantly, it wouldn’t surprise me if these two companies would declare such practice is against their policy. This is a case of 'just because you can, doesn't mean you should.' Failing to execute this strategy (which is likely, given the speed of the market) could result in severe losses.

If we accept the fact that this is a fun thought exercise but nothing more, it further underscores how different Magic and stocks are. The liquidity of the stock market is further reinforced via these alternate investment approaches. If there’s a way to engage in a stock transaction, someone’s already thought of it. Such sophisticated instruments remain elusive to Magic investors, however, as we’re left with only the traditional buy-low, sell-high strategy. I suppose it’s good enough, but oh wouldn’t it be interesting if Magic could be traded via more creative financial instruments?