Modern is still in flux as players try to sort out the consequences of Lurrus of the Dream-Den being banned. While it is unequivocal that the low-curve decks have taken a hit, the impact has apparently been felt most by the fairest deck. Grixis Shadow has not been doing well and will likely fall down to Tier 3 next update unless things turn around quickly. Meanwhile, Hammer Time still putting up results. However, it's UR Murktide that is dominating the data so far.

Which some players may point to as the answer to the question which entitles this article. The deck runs 8 maindeck counters and can sideboard in more. That should be enough to shut down any typical combo deck. However, I disagree. Combo decks have no problem thriving in Legacy, a format far more counterspell-heavy than Modern. Most of the tools that said combo decks use to fight through counters are also legal in Modern. Thus, it's slightly perplexing that true combo decks aren't making themselves known in Modern given that a major combo predator is now gone.

When I say "combo deck," I don't mean fair decks that have some instant-win combo in them. Modern has lots of those, with BG Yawgmoth serving as headliner. It can play the beatdown and value games or just win with Yawgmoth, Thran Physician and persist creatures if circumstances permit. Hammer Time can kill turn 3 with Inkmoth Nexus, Sigarda's Aid, and Colossus Hammer, but that's an aberration from its normal kills. Amulet Titan falls under the same category. Do these decks sometimes feel very unfair and combo-y? Absolutely. However, their combos are incidental, not integral. 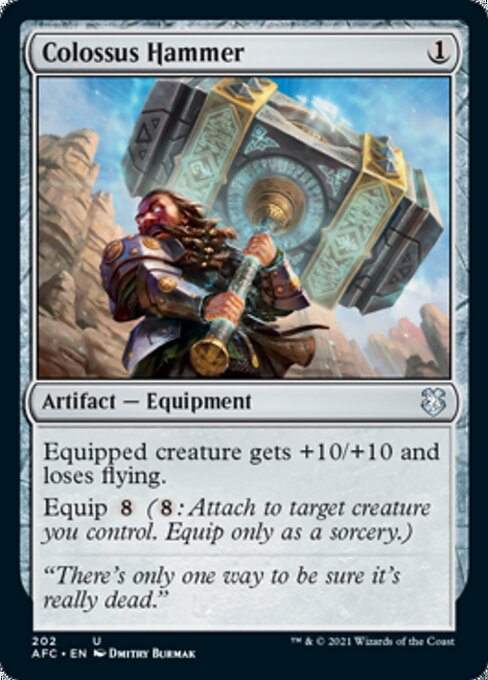 What's missing from Modern are combo decks that have to combo off. Think Storm or Ad Nauseam. There have been moments in Modern history when those decks were more prevalent, most recently in 2020 when Oops, All Spells and Belcher made it onto the tier list for a few months before disappearing. Which was a lot better than most combo decks have managed since Krark-Clan Ironworks was banned. Both decks (as well as Ad Nauseam) do show up in the data from time to time, but neither consistently enough to have any metagame impact.

But it seems like they should. Partially because the metagame is tilted sufficiently towards fair-on-fair matchups that you'd think unfair decks could skate through. It's happened before. More importantly, Grixis Shadow is and has always been a terrible matchup for any true combo deck. It ticks all the boxes for defeating combo decks: it has a fast clock, it has a lot of disruption of several different types, and it's consistent. The only Modern deck with a better matchup against combo is Humans.

This metagame seems primed for unfair combo to take over. No deck is particularly focused on it and a bad matchup is largely missing. Consequently, it seems like combo players have a golden opportunity to make their mark on Modern, rack up some wins, and gain some converts to their decks. However, that hasn't been happening. It feels like a squandered opportunity.

In fairness, it looks like combo players are trying. And in at least one case, succeeding. Last weekend's MTGO Super Qualifier surprised me because Storm made the top 8. While Storm does show up in my data every few weeks, I can't remember the last time that it did so in a Challenge, let alone a bigger event. And it has definitely been years since it Top 8'd anything like this, so very well done, Sunbird17!

It's nice to see that Wish actually does belong in the deck that everyone thought it did when it was spoiled. It hasn't really changed the deck's place in Modern, contrary to common opinion, but that's not its fault. The card provides a lot of flexibility by letting Storm move most of the win conditions to the sideboard. Or the wishboard, rather, as there are a lot of bullets available.

Adventures in the Forgotten Realms Promos 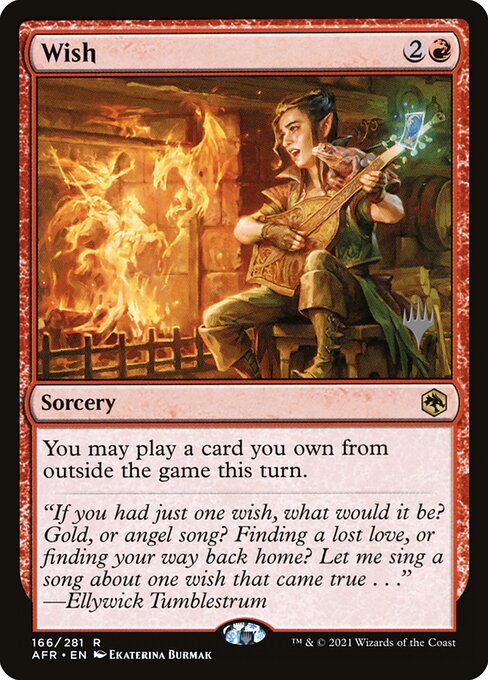 I'm more surprised to see Discover the Impossible here. The card is mana negative without a cost-reducer out unless a ritual is hit. I'd be less surprised to see Peer Through Depths or more Wishes. However, when the combo is in danger of fizzling from tight mana, I can see that Discover finding Grapeshot or more rituals could be useful. It's certainly something to keep an eye on.

That said, how did Storm manage to make it through? There are only 2 Shadow decks in the event, but there is a lot of Counterspell and Hammer. The former should stop the combo and the latter is as fast or faster than Storm. And there's tons of removal for the cost-reducers. Conventional wisdom would say that this field is quite unfavorable.

While I have no idea who Sunbird17 is, I suspect they were aware of and compensated for the prevalence of counters. They're running 4 Remand maindeck, and that card wins counter battles. Obviously, countering the opposing counter to get a spell through is very good. However, it's often a better plan to bait out a counter, then use Remand on your own spell to fizzle the counter. There's also the option to Remand Grapeshot to recast it for the win. 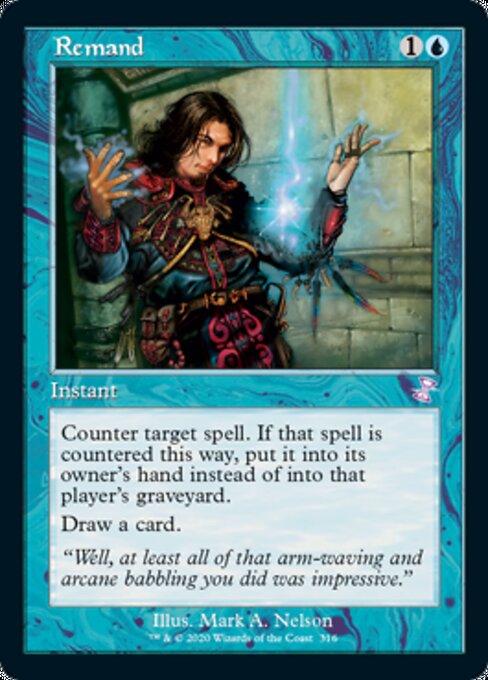 The sideboard contains more evidence of metagame awareness. There are [car]Lightning Bolt[/card]s to slow down Hammer Time and additional counters, but that's the obvious route. Less conventional is Galvanic Relay. This is a brilliant choice, as it allows Storm a second chance at going off.

Typically, Storm and similar combo decks only get one chance to go off. Each attempt uses a lot of resources that are difficult to get back. Relay flips the script, as it doesn't provide resources now, but next turn. Thus, it can be used to set up for a big turn or Wished for after fizzling to help Storm come back.

The Key to Storm

There are other possibilities that are at least as crucial, but aren't evident from the decklist. Play skill is critical for the deck, and it's possible that Sunbird17 outplayed their opponents all tournament. I've some experience playing Storm, and the fact is that counterspells aren't that big of a problem for the experienced Storm player. It's always best to wait until the last possible moment (unless the opponent taps out) to combo off. However, the opponent doesn't need to know when that is, or that it's your intention to wait. Offering bait spells to tempt out counters is a key tactic, and a very good Storm player can trick opponents into countering the wrong thing, creating openings out of thin air. 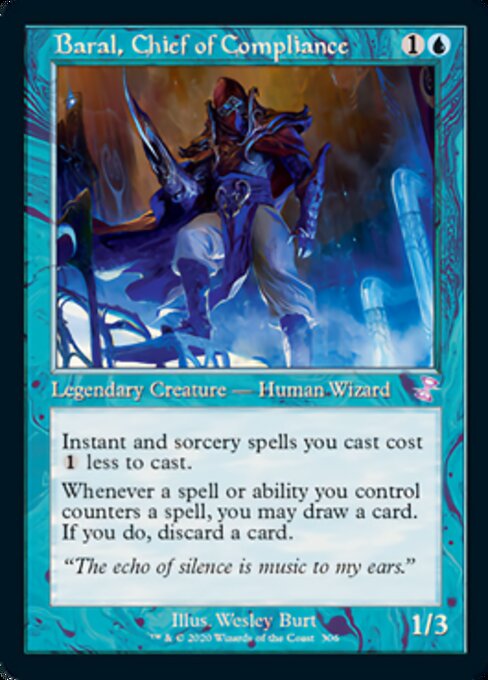 Furthermore, so long as Storm has cards in hand, there's a risk for the opponent that it will just win out of (seemingly) nowhere. Storm's usual line to victory is set up with Gifts Ungiven, cast a lot of spells, recast them with Past in Flames, and then Grapeshot for the win.

However, that's the obvious and most easily disrupted route to victory. Storm has a lot of different ways to count to 20. Going for an alternative route is perfectly viable, as is convincing the opponent to protect against a route that's in fact unsuable. This gets them to waste resources which can't save them from your actual plan. It's all about knowing the deck.

The Problem Reveals Itself

All of which probably makes it sound like I'm recommending Storm and that I will be playing it myself in the near future. I'm not, and I won't be. The key to Storm is also why it isn't more popular. And also why there wasn't a rush of new Storm decks showing up in the data despite being the norm after an unexpected deck does well at a big event.

Storm requires commitment to be good. There are so many possible lines, so many routes to victory through all forms of disruption, that it takes a lot of practice to win with Storm. Without complete commitment to learning every line, players will struggle with Storm and ultimately drop the deck. 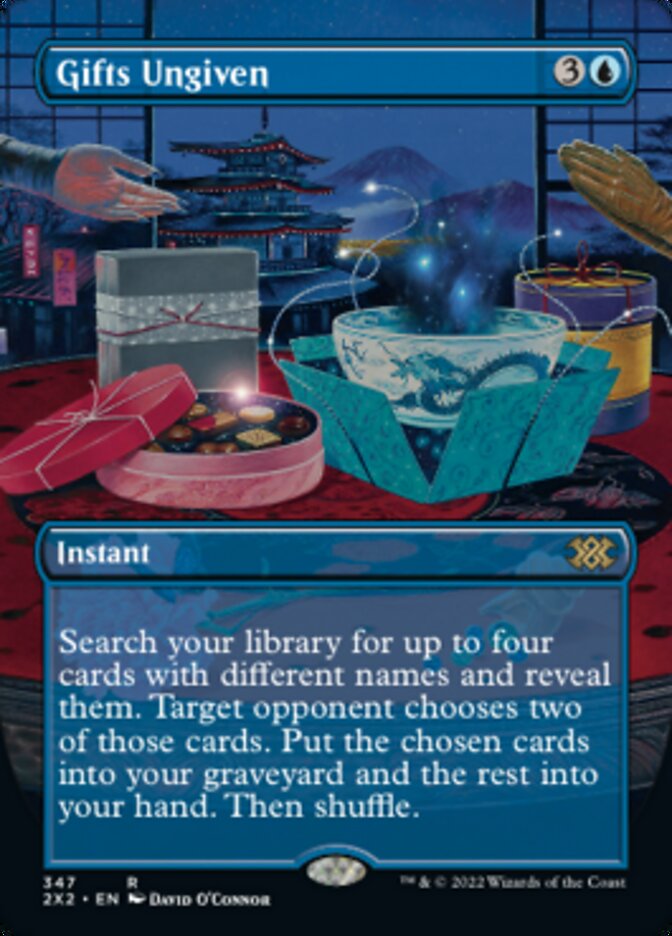 Which, ultimately, is the answer to my title question. Regardless of the metagame positioning or power of a deck, it can't do well if nobody is playing it. The biggest problem with combo in Modern is that its playerbase is small compared to the fairer decks and therefore they cannot put up the numbers to make an impact on the metagame.

While the above problem is certainly a factor, there is a certain stigma and fear associated with playing Modern combo deck. It feels bad playing all the Magic while the opponent does nothing, and that leads to a lot of salt that most players don't want to deal with. Combo is also (perceived as) the most frequently banned archetype and the fear of losing a deck plays into many players decisions to shy away. This is not factually correct, especially in recent years, but convincing players is difficult.

Another problem for combo is that players are extremely afraid of getting their combo answered and just losing the game. Or worse, getting completely locked out of the game. This in spite of certain answers seeing less than expected play and/or the circumstances of said interaction mattering are mathematically unlikely. Fear is insidious and can't be easily answered with rational explanations. Or even reality. 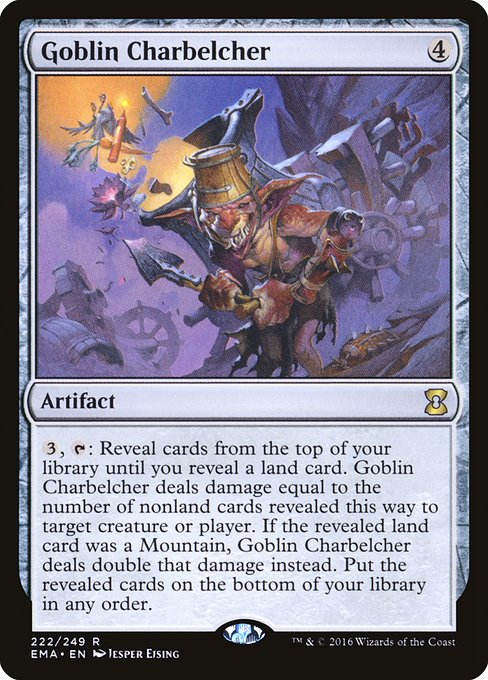 For example, right now I'm hearing chatter that Belcher players are abandoning the deck. This in spite of an acknowledged strong position in the metagame and proven ability to shred its way through fair metagames. It's also significantly easier to pilot well than Storm. The problem is that Boseiju, Who Endures exists and it is a better Stone Rain because Belcher doesn't play any real lands. Players are afraid of getting repeatedly Strip Mined out of the game as Wrenn and Six recycles Boseiju. 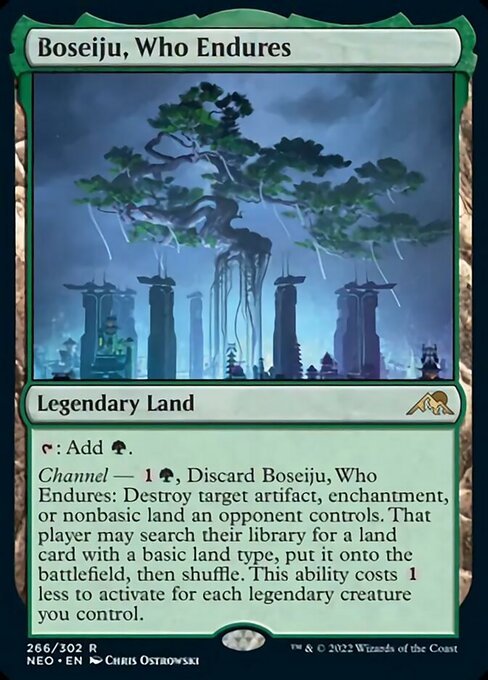 This is a ridiculous fear, and not a reason to abandon a deck. Most decks run at most 2 Boseiju, so odds aren't great of ever seeing one in the early game, where repeated land destruction would matter. Secondly, Blecher only needs 2 mana to go off, which it can get from treasures thanks to Strike It Rich. If a Wrenn player has enough time to durdle around destroying all your lands, you were never winning that game in the first place. But the moral is that a fear of the worst-case scenario is putting pilots off their deck despite all its acknowledged advantages.

Overcoming this preconceived bias against combo is something that will take a long time. But it's a switch in mentality that I think is worthwhile. A lot of dangerous fair decks have appallingly bad matchups against combo, and if players want to avoid bannings in the future, accepting combo into the metagame is a great start.

As for actually making it happen, I'll propose a financial argument. Combo decks are cheaper on average than fair deks in Modern. Storm is only about $300, while the far more popular UR Murktide Regent is sitting around $1,200. And control decks frequently run much higher. Get new players playing the combo decks, and encourage them to cultivate their skill; then, watch Modern's metagame even itself out.