The intention of this series was to highlight cards one may find while digging through bulk. Each installment has focused on a different color of bulk cards. I covered gold, colorless, white, black, red, green, and part 1 of the blue cards previously. This is the final article in the series so I hope you have enjoyed reading them as much as I have writing them.

As usual, we'll ignore cards whose value is tied to being from Magic's very early sets, i.e. anything that is from The Dark or prior.

With a view to keeping our list manageable, I'm restricting it to some of the best sub-$5 finds in each color according to TCGPlayer mid price. While one may get lucky and find valuable cards in bulk, I have found that sub $5 cards are where I tend to have the most luck; I did once find a Copy Artifact in bulk, but I find that to be the exception rather than the rule.

Throughout my 6+ years picking bulk, I have found that understanding the reason for a card's value is extremely beneficial in evaluating other cards and their potential, and have included a bit about each card. This can allow one to pull future "bulk picks" out of bulk even if the card currently isn't worth a whole lot. I was extremely successful picking out cards like Mystic Remora which until halfway through 2017 was under $0.5.

Note that I may include cards that are very near to $5, even though there is potential that they breach $5 in the near future.

Just a few years ago, this one would have likely been on either the Legacy or Commander lists, but thanks to its inclusion in Modern Horizons 2 it has taken Modern by storm. Logically, a clean solution to almost any problem for the low cost of 2 blue mana is extremely potent in any format.

What is especially interesting about Counterspell is that it maintains its value despite 31 printings, which doesn't count alternate art variants in the same set printing. 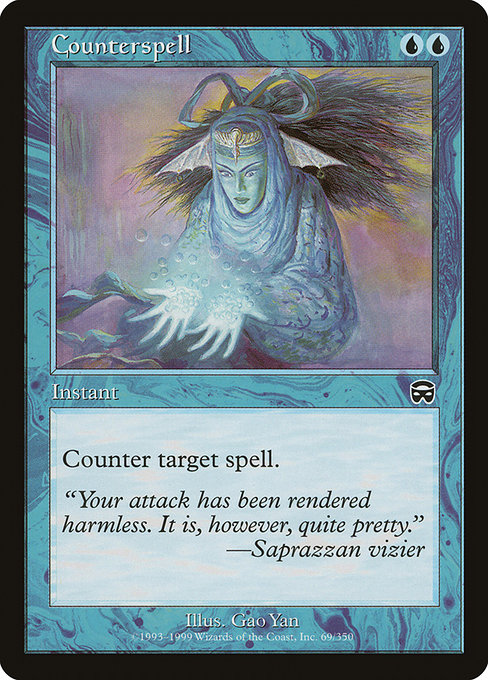 Spreading Seas was once blue's best answer to Modern Tron decks as it served to slow them down as well as draw into a potential threat or answer. Nowadays, we have cards like Damping Sphere which serve as both Tron and Storm hate that happens to be colorless, so I was honestly surprised to see Spreading Seas was still valuable enough to make this list. 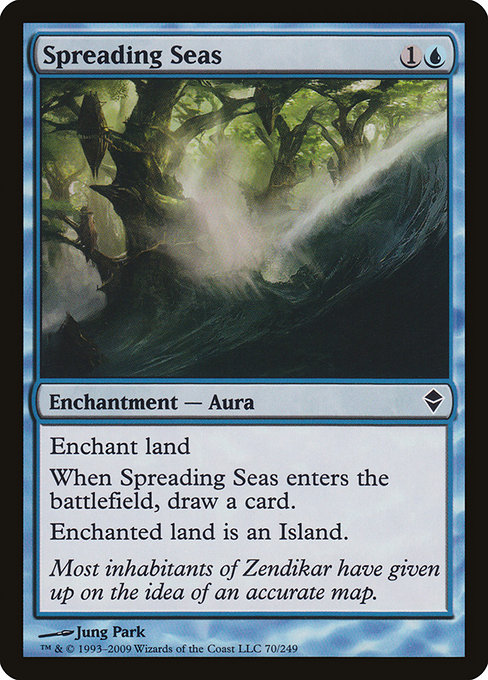 Merfolk has been a viable deck for much of Modern's history, and while it has rarely been Tier 1, it does have a strong following and is a deck that good players can pilot to decent results. Interestingly, Merfolk Reejerey has been cut from many lists at this point, but it does have a unique and powerful ability. 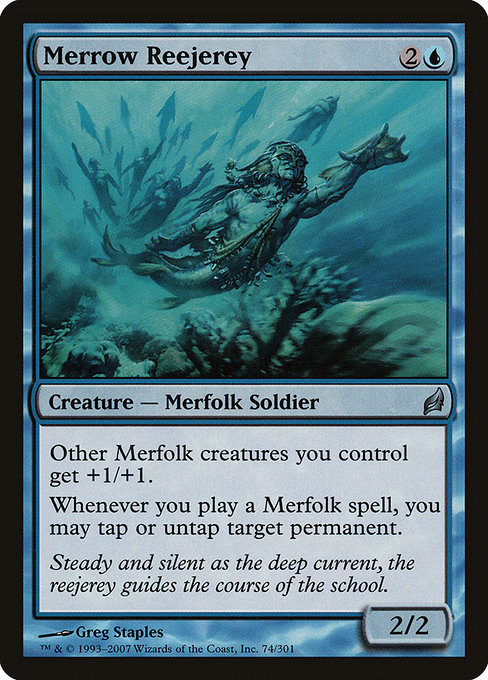 While not a permanent Counterspell, Remand's ability to draw a card and the easier mana requirement still make it a valuable tempo play in Modern. It also has fringe uses where one might counter their own spell in order to net a draw and recast it again, giving the blue instant pseudo-cycling. 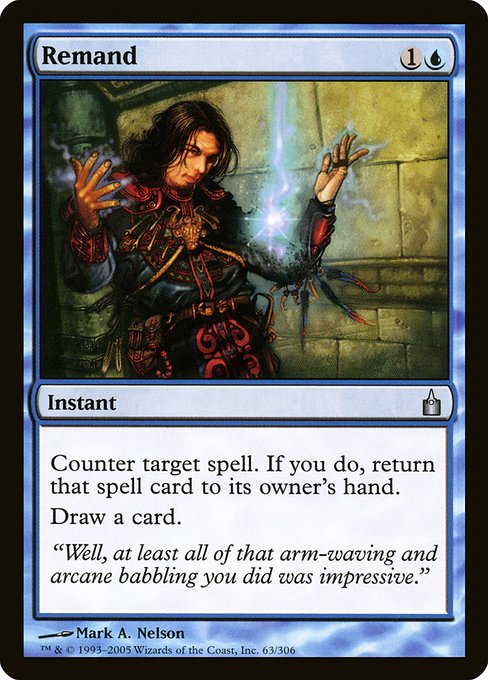 Mystical Dispute has become the defacto counterspell to a counterspell in Pioneer, thus it often is used to push through one's own spells and is the best option available to do so. It is also quite popular in Modern, where it can hit Omnath and other haymakers. 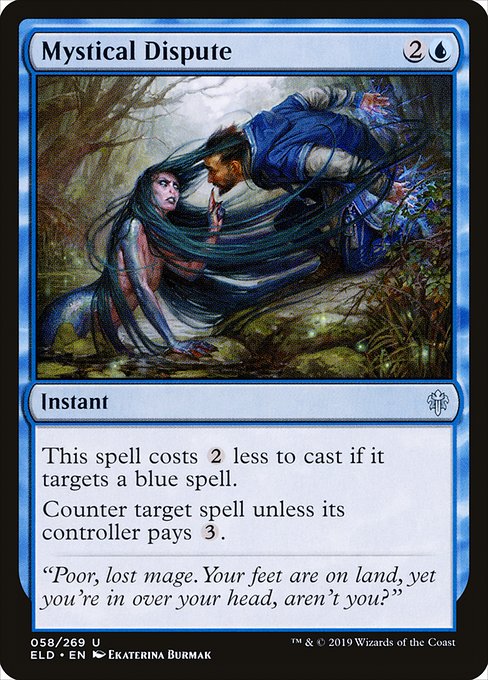 Narset, Parter of Veils is a great answer to any deck that looks to do a lot of card drawing and also happens to be able to often replace herself with her ability. She often finds a home as a support card in blue/x control decks as a 1 or 2 of. She also occasionally gets used in decks looking to wheel as she turns cards like Days Undoing into a three-mana draw 7. 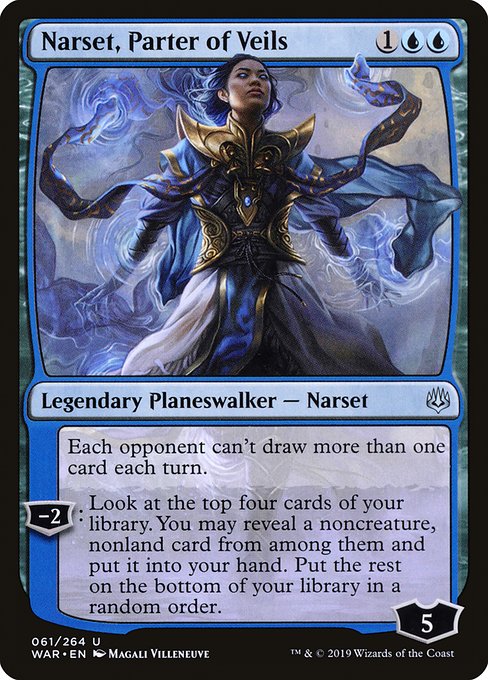 This card mostly finds a home in u/x tempo style decks. More often than not, it replaces itself the turn it is cast, and then provides card advantage from every turn onward. 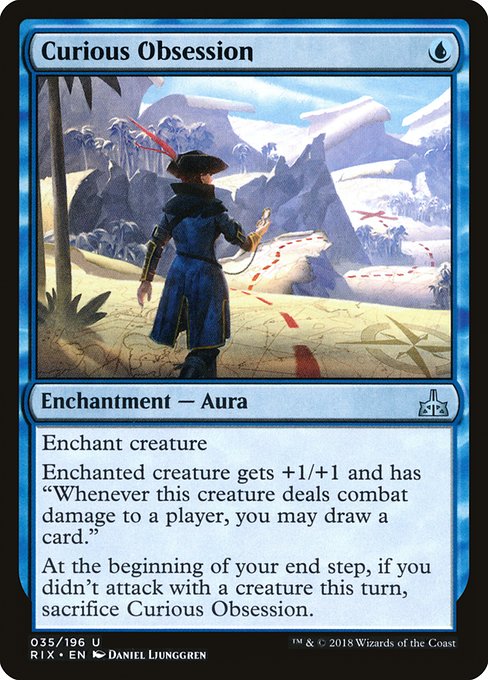 Wizards admitted that Phyrexian mana was a mistake and placed it high on the Storm Scale. Probe has been used to enable any deck that cares about spell count and has been banned in Pauper, Modern, and Legacy, and restricted in Vintage. The card is a 4-of in numerous Penny Dreadful decks, but given that format is almost exclusively on MTGO, one wouldn't expect it to affect paper prices much. 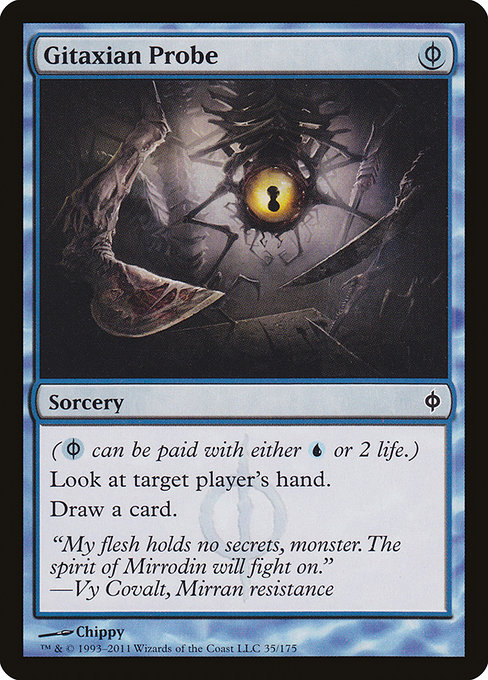 One-mana blue cantrips are often the glue that holds most combo decks together, and Ponder is one of the best. It is currently banned in Modern but is heavily played in Legacy. 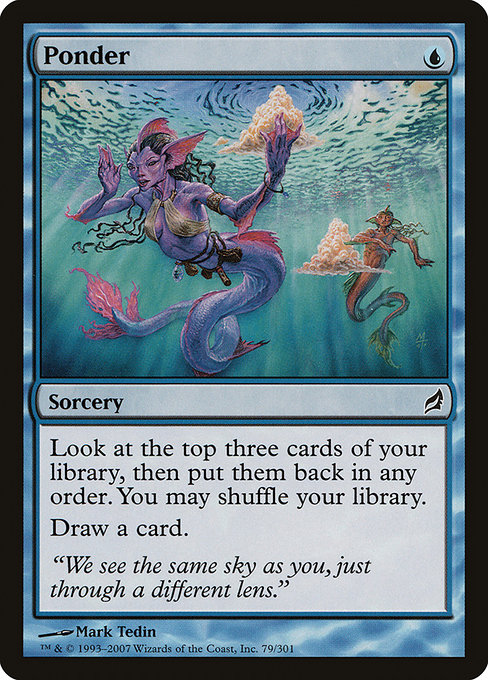 The original Faithless Looting, Careful Study was a key enabler in legacy Dredge decks as a way to both trigger dredge and fill one's graveyard with dredgers. 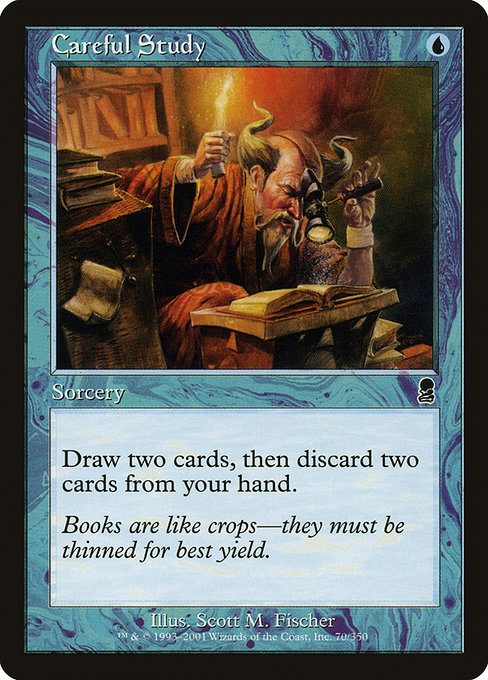 Soothsaying shot up in popularity after the banning of Sensei's Divining Top as a method of Legacy Miracles players to keep the deck alive. It's definitely a "worse" version, and my beloved Miracles deck has fallen down a peg. 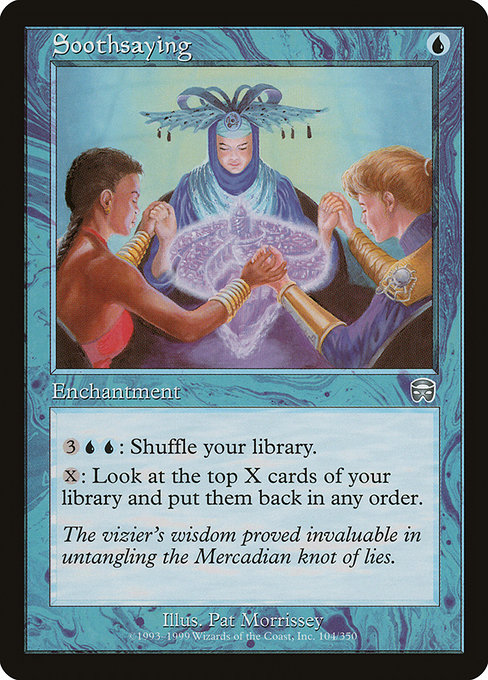 Mono Blue Tempo is a very strong Pauper deck. It uses a lot of Faeries with useful abilities and tempos out opponents. The beauty of Snap is that it can be a tempo spell to bounce an opponents threat or it can be used to bounce one's own creature to re-use an ETB ability, with the best target being the next card on our list. 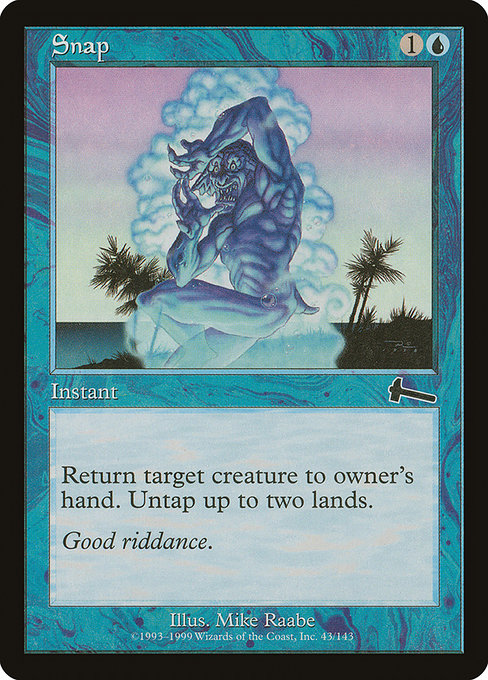 Spellstutter Sprite has been a powerful blue common throughout its history. A 1/1 flash flyer for 2 mana is already only slightly below curve and tack on the ability to counter a spell and it's an extremely powerful card. It's arguably the best creature to return with ninjitsu for Ninja of the Deep Hours, and is pretty much always a 4-of in any Pauper Faeries deck, whether they be Mono Blue, UB, or UR. 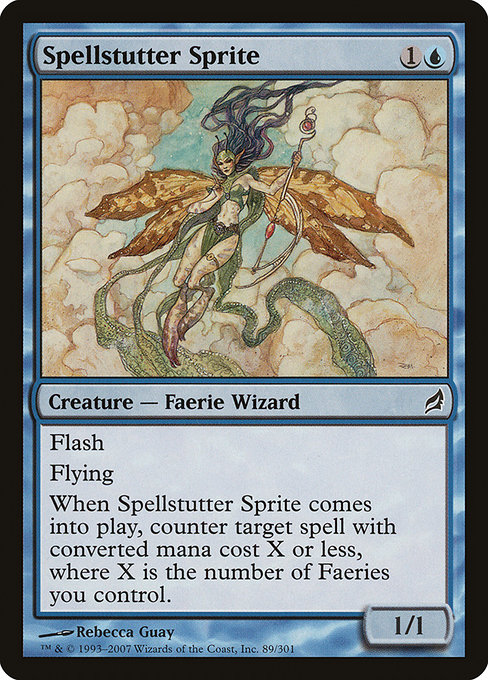 This concludes my "Bulk Picks" article series. I hope that you have found it helpful and informative. I enjoyed researching the cards on these lists and I can honestly say I discovered a few that I was unaware of when picking previously, and I have been bulk picking for over 6 years! Did I miss any? Drop a comment below or reach out to me on our QS Discord server.