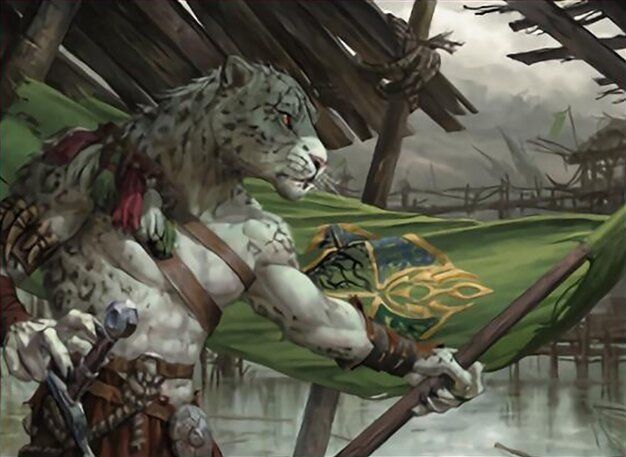 One of the most essential skills for navigating a draft is knowing when to pivot. Should we stay with our current plan or change directions based on the information we're seeing? Because of the powerful cycle of non-basics at common, the powerful domain payoffs, and the versatility of kicker spells, a third option often emerges in the Dominaria United (DMU) draft format. Should we stay, should we pivot, or should we absorb this card and try to make it work?

As is always the case, to make the optimal decision we need to know the reliable landing spots. While Wingmantle Chaplain, Big Domain decks, and UR Spells still seem to be the best archetypes, that doesn't mean they'll be the right ones for our seat. DMU has proven to be relatively balanced, and the second tier of archetypes can easily put together a 7-win run on Arena or a clean sweep of a competitive Friday Night Magic (FNM).

In its early stages, Domain decks were perceived as controlling. Splashy mana-bases lead to slower games and more powerful spells. Last week, we explored how blue profited from the powerful kicker cards. However, domain powers up the aggressive strategies as well and some of its most powerful spells don't cost as much as you might assume.

Welcome to the Jungle 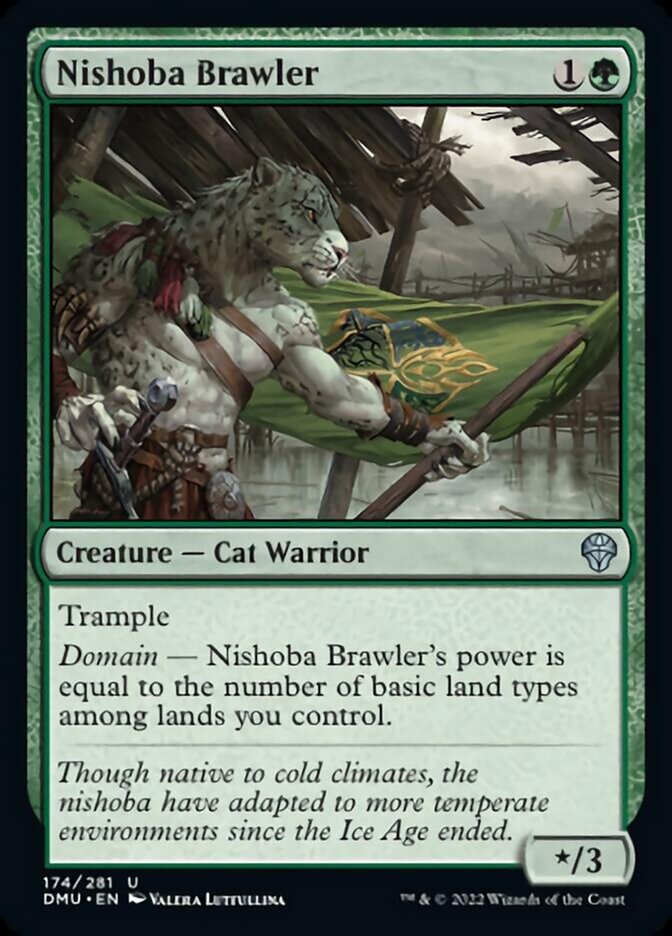 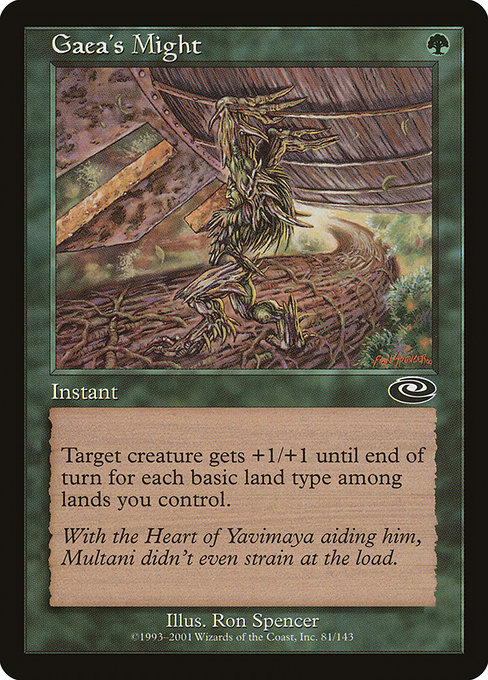 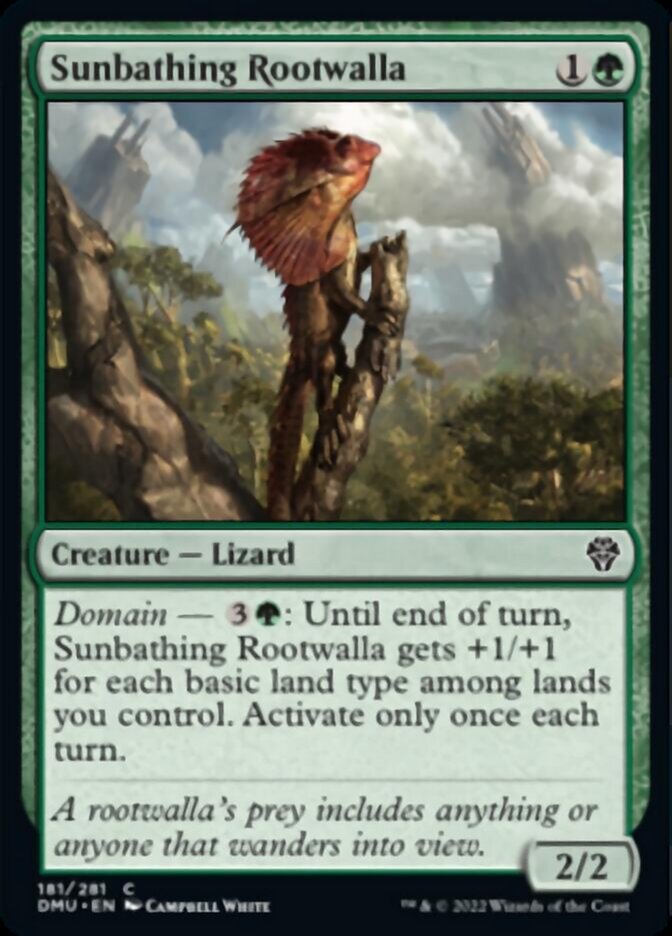 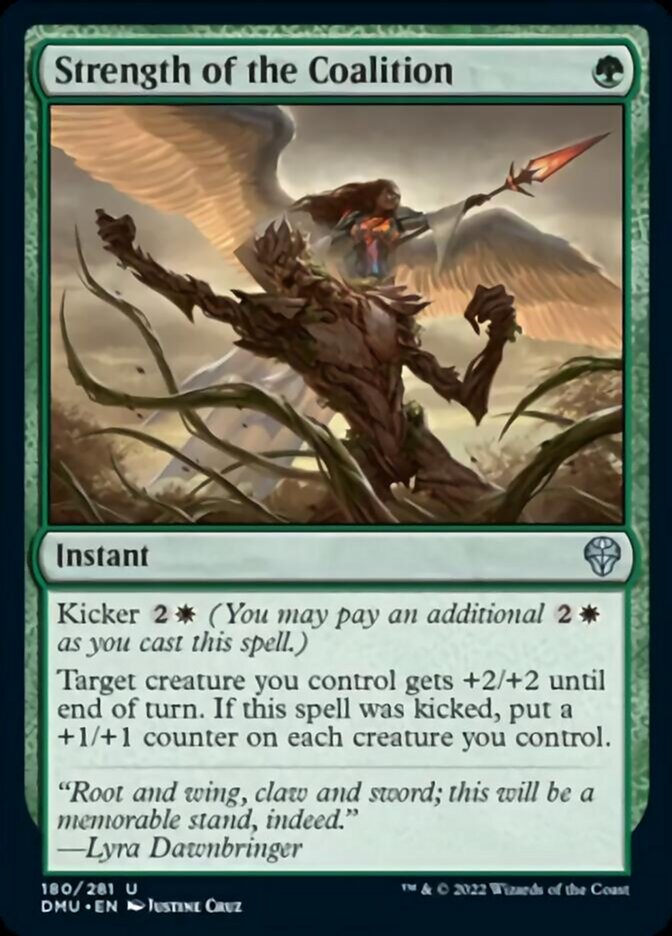 While every color profits from domain, the most aggressive builds benefit from being base-green. Green aggro uses a ton of combat tricks to leverage a proactive start. However, when you're using high picks on dual-lands, and other early picks on efficient threats, it may be difficult to round out a complete deck. Fortunately, this archetype utilizes some cards that other decks might not want. 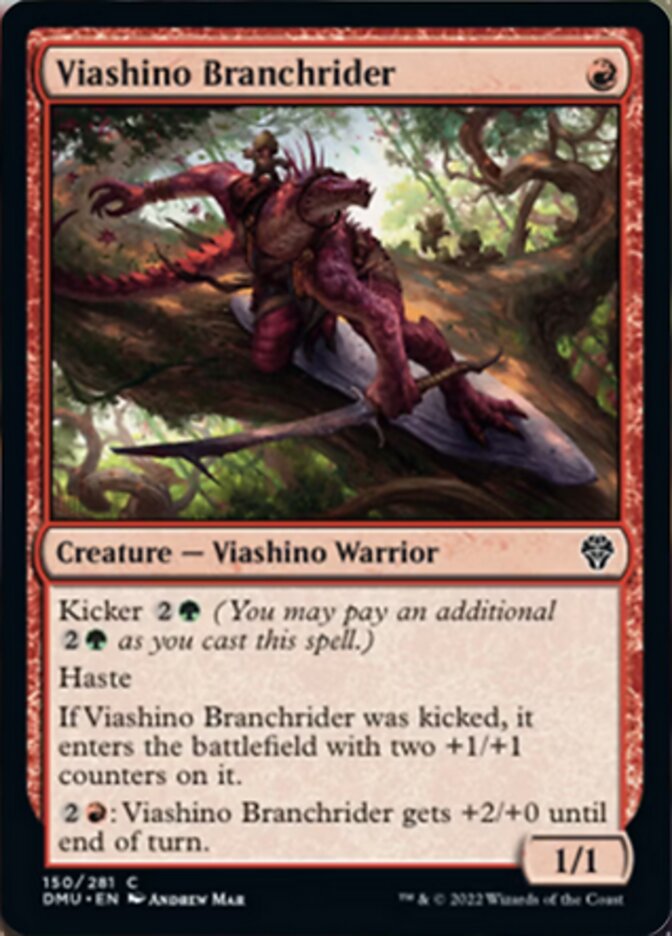 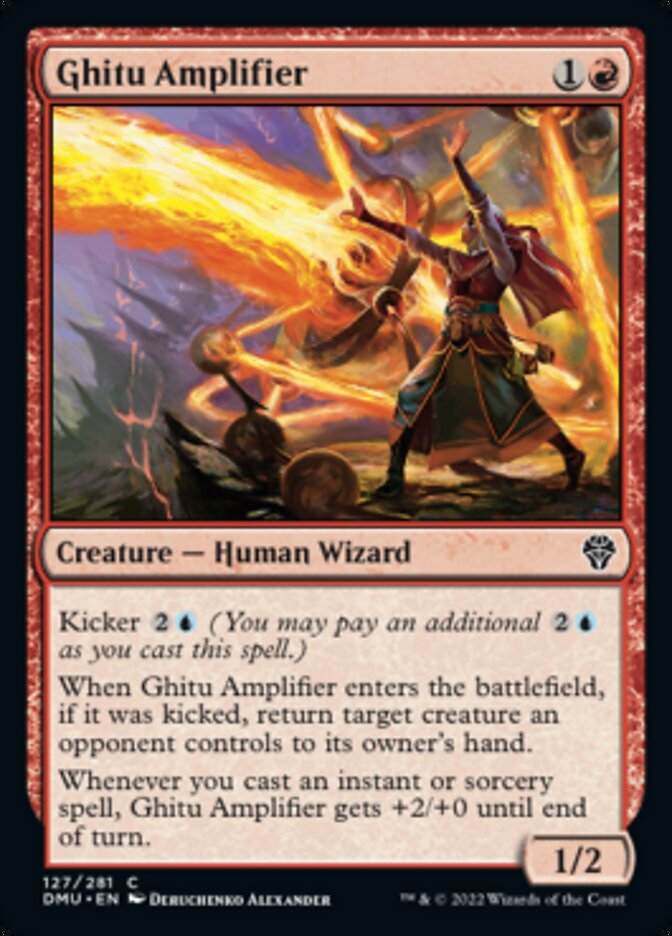 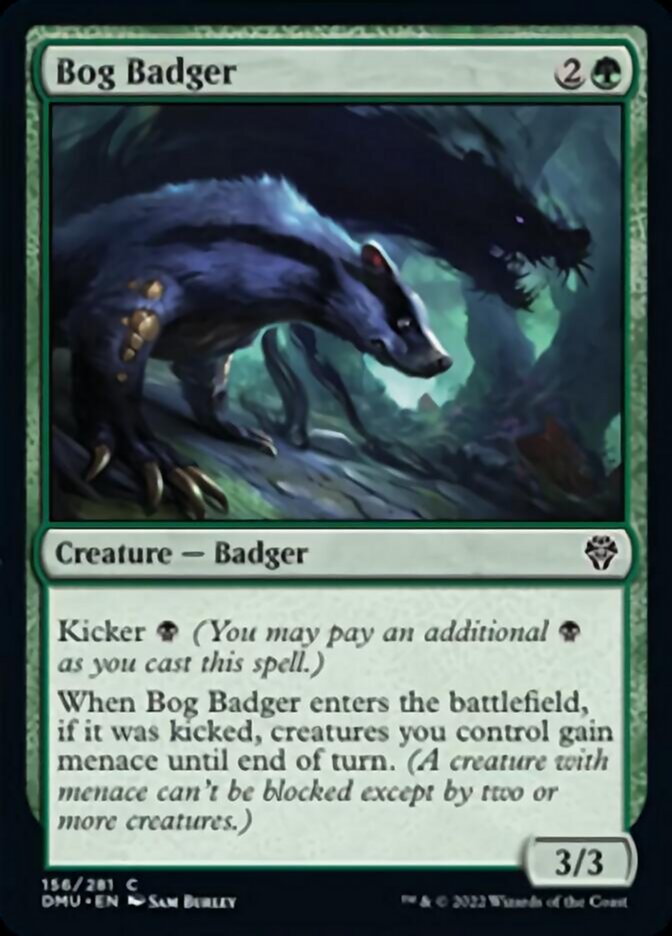 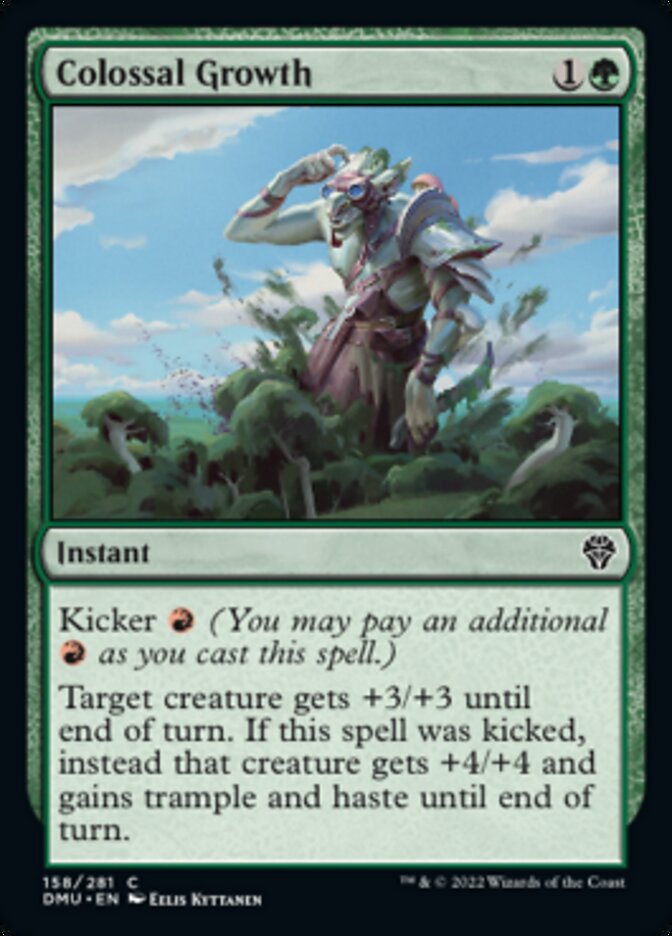 Lovingly referred to as "Gruul with Duals", this deck wants to apply pressure on curve. Having access to the domain duals helps pay for kickers in the late game. The evasion of Bog Badger or the tempo gained from a top-decked Ghitu Amplifier can push an opponent off their back foot and into a loss. Additionally, this deck makes great use of combat tricks to punish blockers or push lethal damage.

Captain's Call is a Trap

Speaking of combat tricks, the white aggressive decks are defined by one of the best. Take Up the Shield can defend creatures from a removal spell, flip a race, or most importantly, play the trump card in combat. It's the single best way to leverage aggression in white decks at common. If we're seeing the two mana instant late in packs, we should consider leaning into a combat-centric white-based deck.

Captain's Call on the other hand, is a trap to avoid. On the surface, the card looks to fulfill the promise of the go-wide deck. Without being all-in on Heroic Charge though, it's difficult to get four mana worth of value from the tokens it makes. While it plays nicely with Griffin Protector, there are far better ways to flood the board. Additionally, Call takes you in a direction away from the color's best cards. It does have synergy with black cards like Gibbering Barricade and Bone Splinters, but it's generally not worth the commitment.

Argivian Cavalier and Phyrexian Warhorse give us much more maneuverability while still providing multiple bodies. We get similar synergy for our Argivian Phalanx and other go-wide payoffs without the risk of being blanked. Furthermore, these cards play much better with Take Up the Shield, which we want to optimize.

On the other side of the spectrum, black has the grindiest cards in the format. These tools can serve as an engine for decks looking to outlast the competition, as well as a great shell for going long.

A War of Attrition 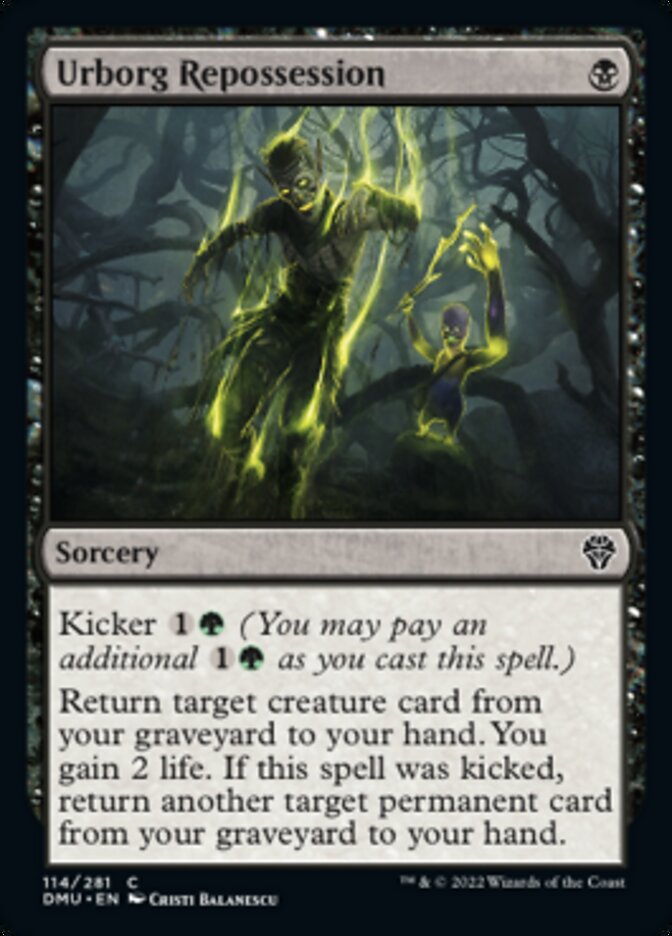 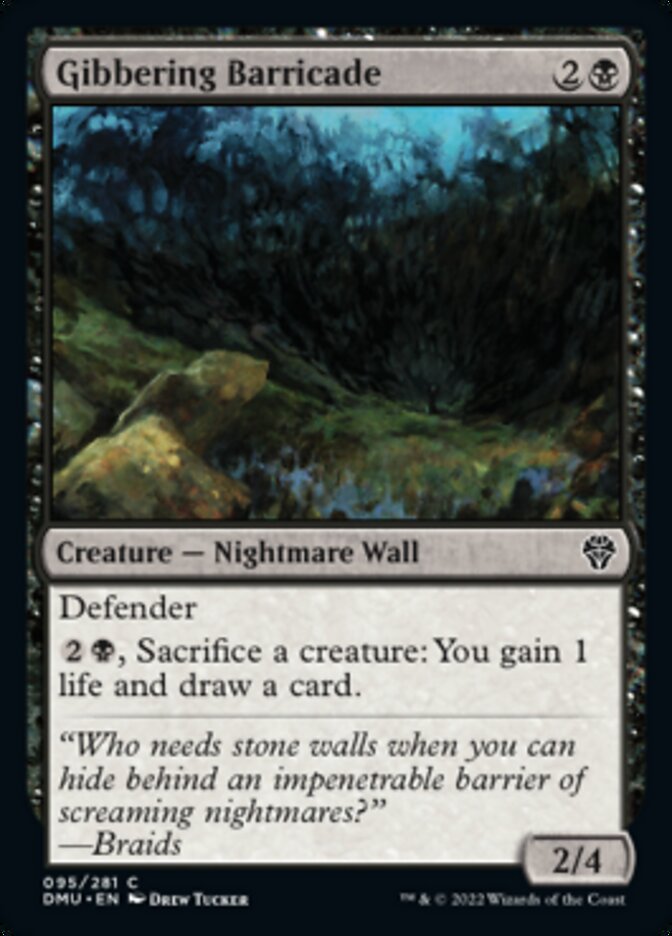 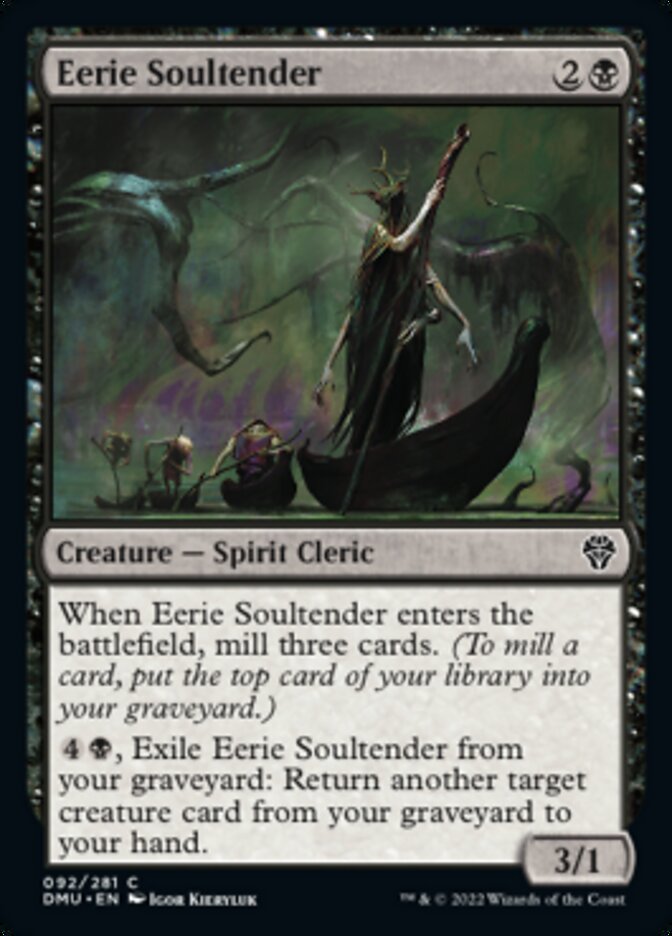 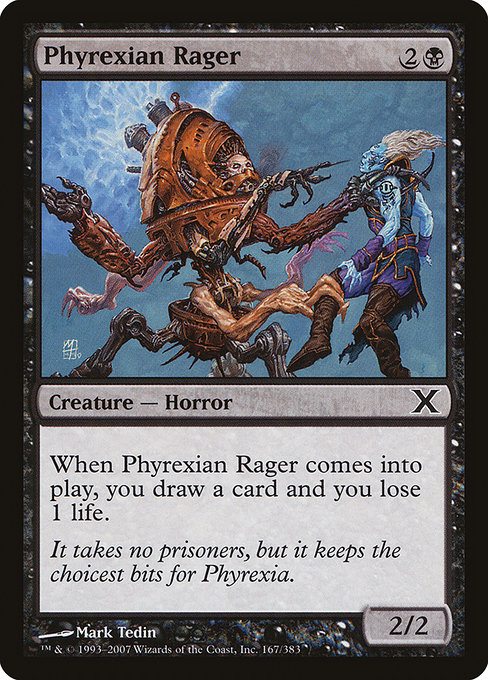 Recurring an Archangel of Wrath, Wingmantle Chaplain or Mossbeard Ancient is a critical piece of what black is doing in this format. With a number of Raise Deads in the format, it's possible for a single bomb to hit the table two or three times in a single game.

This deck had a few bombs and did a great job grinding out games thanks to powerful synergies and abundant card advantage. As games went long, it became easy to generate value. It was hard for opponents to get under us because of the abundant removal in these colors, and the speed at which we established defenses. The last thing an aggressive deck wants to see is Splatter Goblin into a Gibbering Barricade. If our deck starts with a bomb, we can maximize it in a similar shell.

There are numerous iterations within each individual strategy in this format, and many of them feel very powerful. White Aggro, Black Grind, and Domain Aggro are powerful avenues to explore, but the format offers a lot more. When we're thinking about picking a dual land, pivoting to a new strategy, or absorbing an extra color, we need to consider what is available to us now, and what will be available in the future. In this format, that means considering quite a bit. However, with each individual pick our options narrow. Look ahead for those potential landing spots. While you may discover a new one, it will probably find a foundation in some of the established principles of the format.