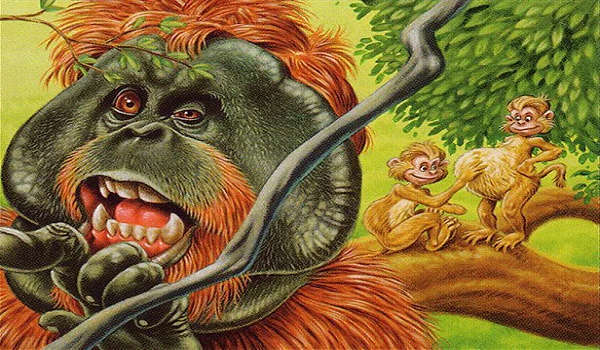 While Commander is at heart a multiplayer format, sometimes you only have the time, energy, or players for a 1v1. This specific format is called Duel Commander, or "French Commander," and has format-specific rules that are balanced for competitive decks and players. Certainly you do not need to use Duel Commander rules for a casual 1v1; the normal Commander rules are fine.

Of course, Wizards of the Coast did make several 60-card thematic Duel deck (and reprinted them), but has not made them specifically for Commander. So today we'll explore crafting Commander decks in pairs to provide a fun, interactive Duel deck experience.

But First, a Brief History Lesson 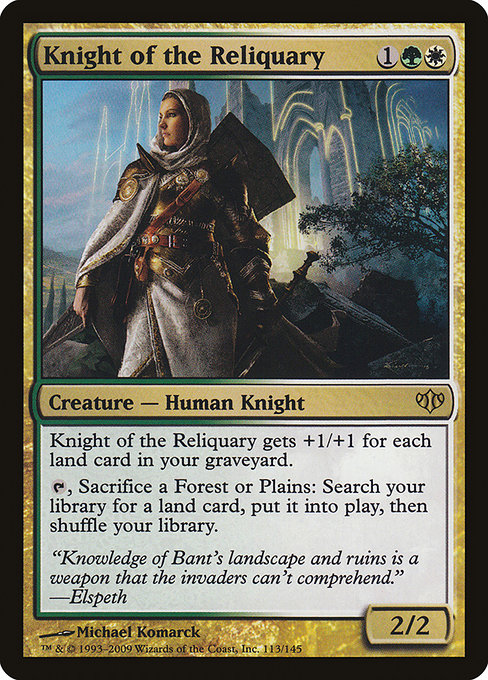 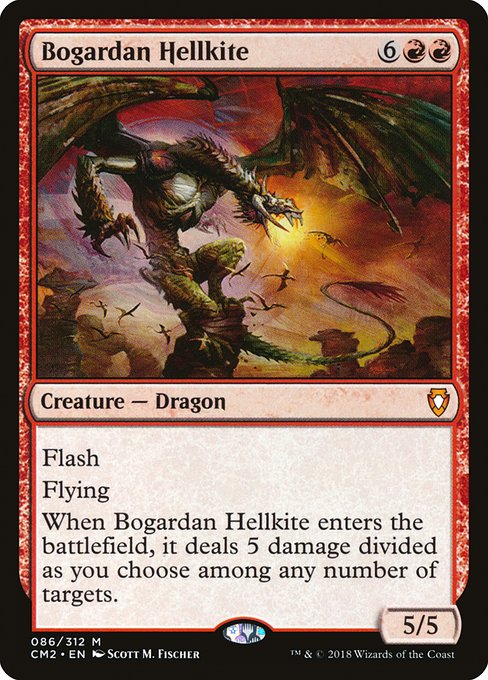 I was not very interested in the previous Duel decks, but Knights Vs. Dragons caught my eye, mostly for picking up a cheap Knight of the Reliquary and Bogardan Hellkite which, at the time, were worth more than the deck. Does this sales tactic sound familiar? In any case, my girlfriend was interested in learning Magic, so I bought the deck and we played... and it was a disaster.

First, she tried playing Dragons. I played some cheap Knights, got double-strike and killed her in short order. She would summon a Dragon and I immediately removed it. It was a frustrating experience and I could see that, yes, the Knights did come out quick and seemed like they had every advantage. Then we swapped decks.

Turns Out, Dragons Could Win 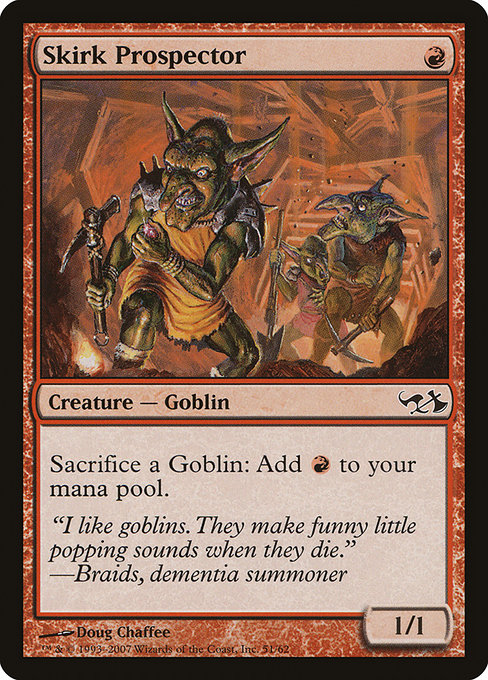 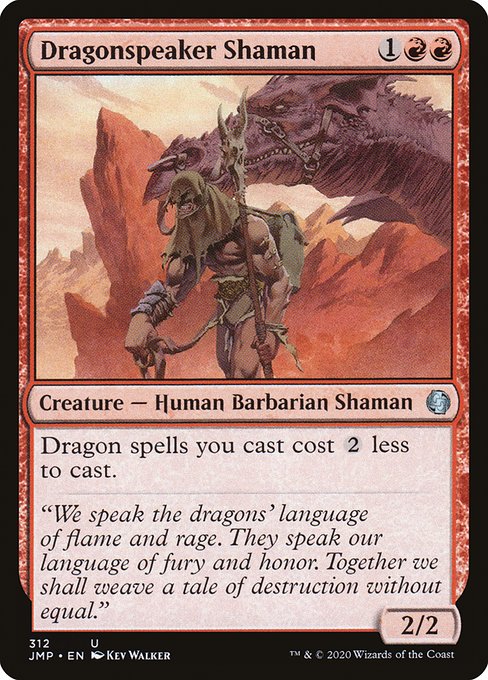 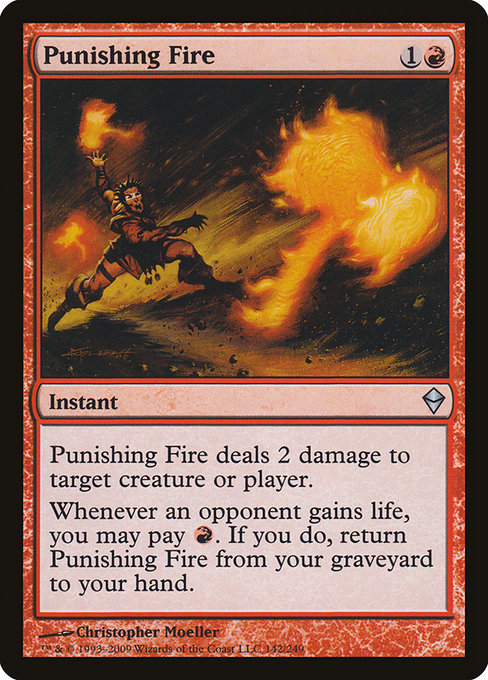 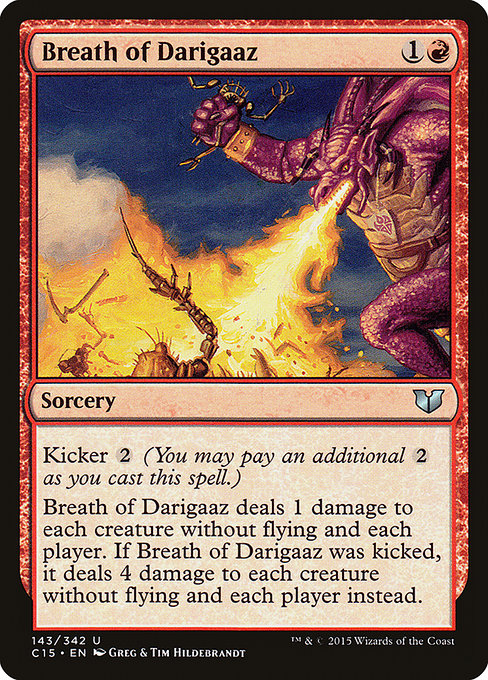 The Dragon deck did have plenty of game against the Knights, so long as you drew it that is. However, with just a little bit of knowledge, I realized that keeping a hand without an early ramp or removal effect was a complete non-starter. The deck did better on the draw than the play and was happy to take mulligans. Eventually we learned both decks and it became a very fair, fun, and, interactive experience. My most efficient $20 for entertainment in 2011, bar none.

If this worked for constructed, well, why not Commander? It does work, and, it works well! I've built Commander Duel deck not only for myself, but also for several friends and to sell. Feedback has been strong and I'd like to share some tips on how I make decks like these work.

Consider a GW deck with a +1/+1 counters theme. Cathars' Crusade is a no-brainer include for that kind of deck. Given we have Crusade, Herd Baloth is a strong consideration. A ten-mana, two-card, infinite combo that does not end the game on the spot might be appropriate. Board wipes or instant speed removal could be valid answers. So long as you're creating a situation the paired deck has the tools to solve, it's fair for that pairing.

The more ramp and tutor effects, the more this combo could happen early. If you do add tutors or ramp, the other deck needs to have tools to make sure it isn't just dead in the water quickly. So long as either deck has access to potentially the right spells at the right time, you will see the game shift back and forth, which is what you want!

Alternatively, you could add a ten-mana, two-card, infinite combo to the second deck, so that each has the same possibility. In either case you are defining the decks relative to each other.

No Really, All the Interaction

When building your "duel pool," make sure you emphasize "interaction" and not "completely one-sided shutdowns." For example, Nevermore is a great card against combo decks that seek to recast their low-cost commander, and also punishes high cost commanders. It's alright if the other deck folds to Nevermore, as you won't get that card every game and have some method of countering it. However, reliably getting your answer to shut out the other commander is unlikely to lead to balanced, fun games! In this case, if one answer is so strong, there needs to be many answers to that card in the other deck.

Then there's hyper-efficient, matchup-dependent bullets. According to EDREC's top commanders, precious few commanders have zero power. However, against both Rograkh, Son of Rohgahh and Doran, the Siege Tower, consider Twisted Image. It kills the commander and draws a card for one mana! Can Swords to Plowshares do that? Talk about unbelievable uncommon efficiency! In a custom Duel deck, you can really show off silver bullets like Twisted Image. Is one deck slower and needs a cheap wipe? Think about Fiery Cannonade. You can carefully select exactly how effective it is by modulating how many Pirates or Changelings are in each deck. Judge threat versus answer, and make sure each deck is roughly equal in both.

A Practical Example: Birdy Vs. Monkey 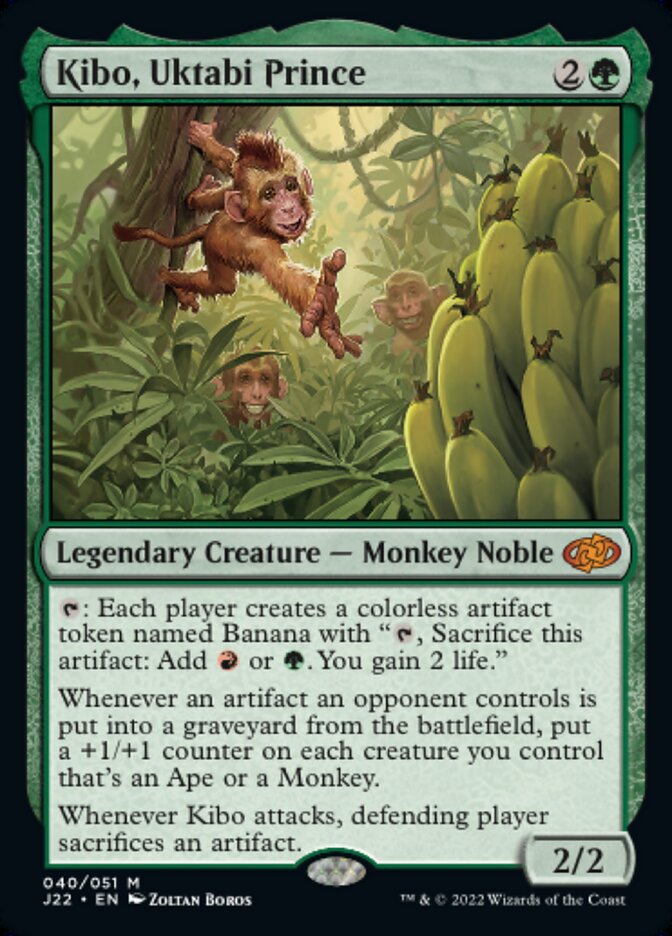 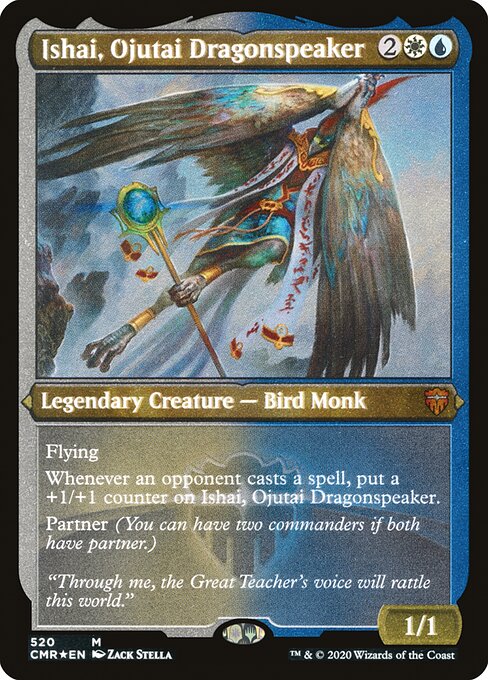 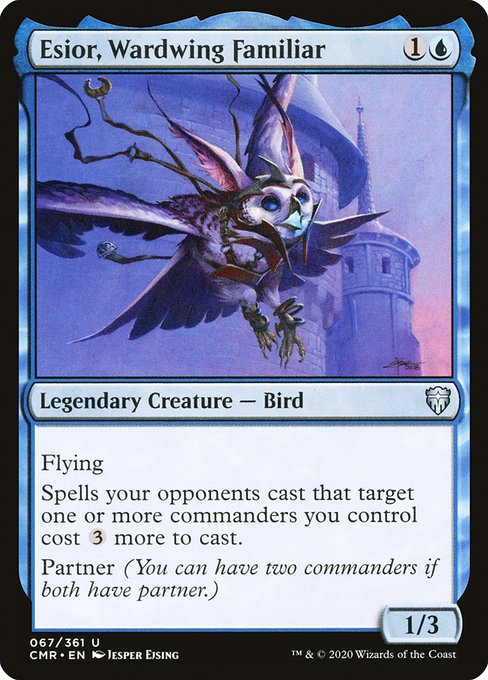 For the holidays, I'm building my friend Chris a Commander deck. I'm going to build it with a Duel deck mindset. Of course, simultaneously, I am building the deck that I will play against it. Chris loves all things Ape and Monkey, and luckily, they have just made a great new commander in Kibo, Uktabi Prince! There are a large amount of tribal cards, art-inspired includes, iconic cards from throughout Magic's history, and highly thematic cards that all easily fit together. On top of that, there's a pretty easy sub-theme that my deck will play into: artifact destruction. 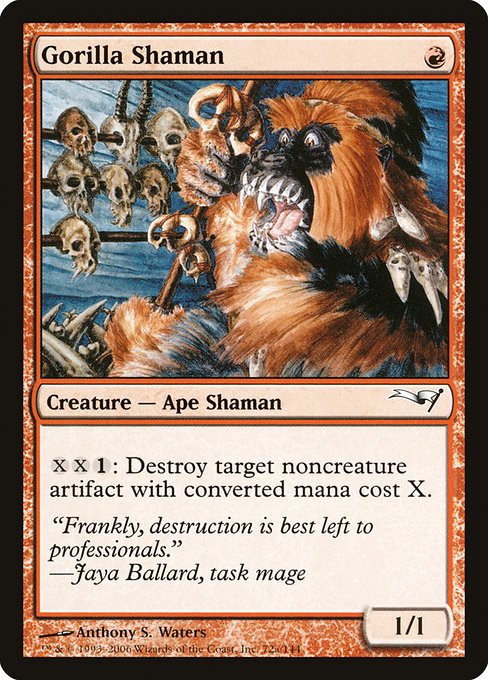 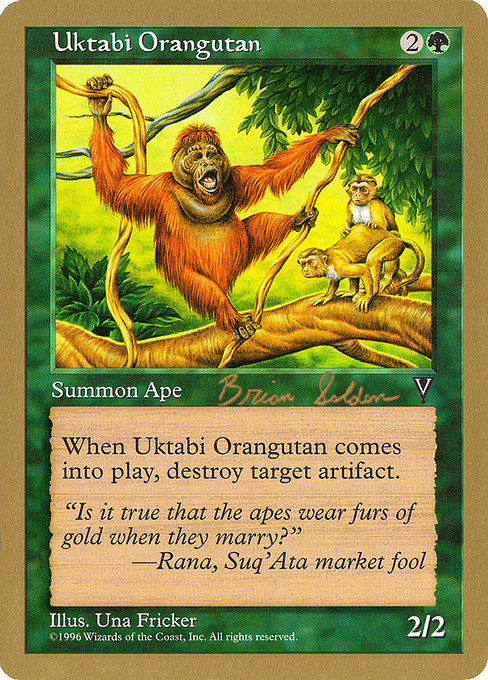 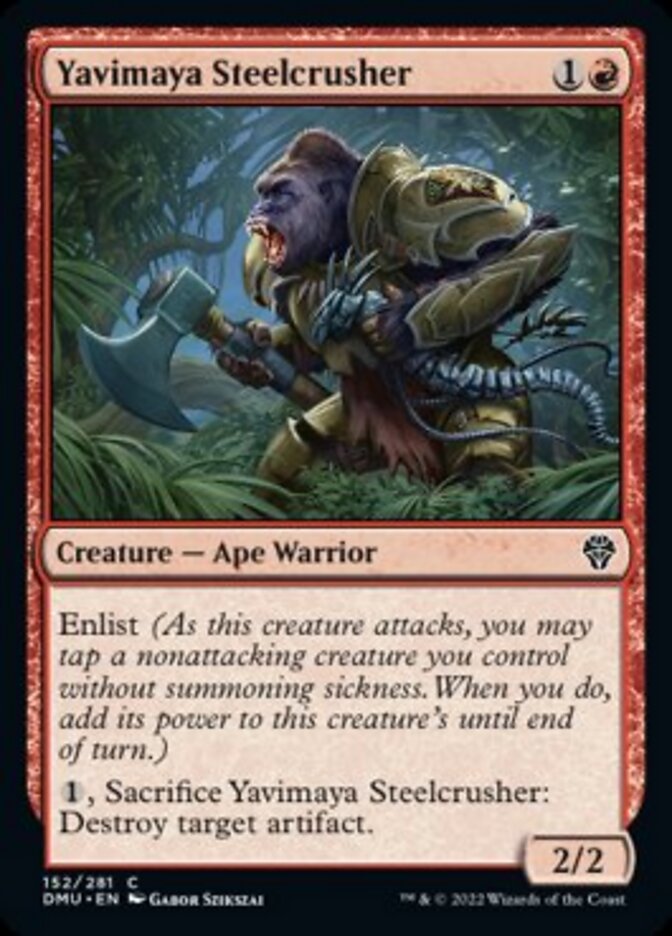 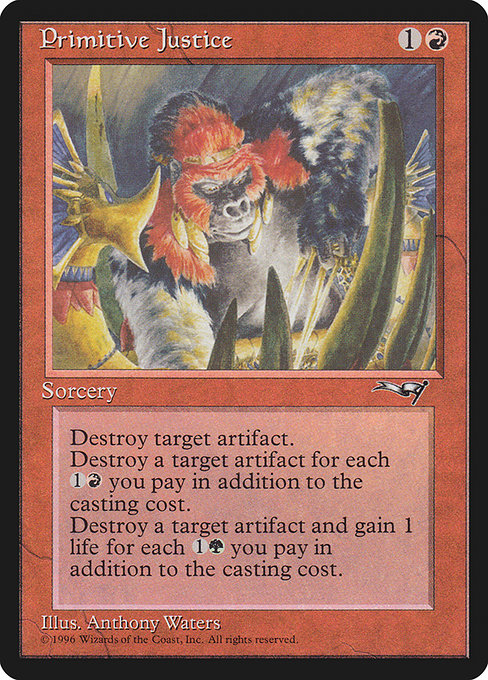 Because I know there are so many artifact answers in Kibo, I am going to heavily lean on them as part of my deck's plan. What do I get to play? Well, Chris has a thick southern accent, so somewhere along the way my nickname "Beardy" started to sound like "Birdy." Checking EDREC tribes there is a huge disparity in numbers; Birds have 1767 decks to browse while Apes have only 413. There are a lot more Bird cards than Ape cards, and this is key to Duel deck design. Since Kibo, Uktabi Prince has fewer options, I have to build Birds to Kibo's level and not the other way around. The wider card pool of Birds will help me modulate its power level appropriateley.

In this specific case I'm going to give myself a small restriction to make sure I "play fair." The total dollar value of my Birds must be lower than Kibo's. The fact is, I have way more options, and some highly thematic cards like Swan Song or Wing Shards may simply be a little too good here. 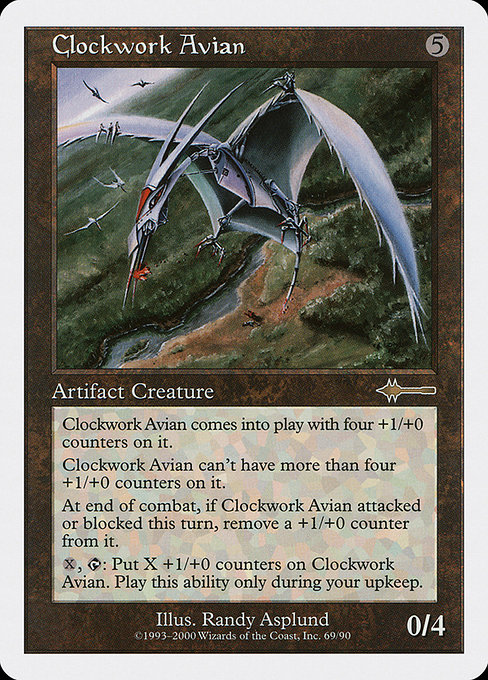 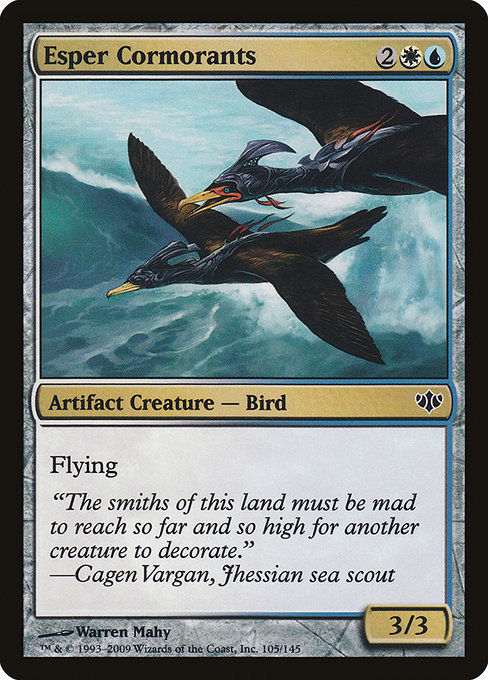 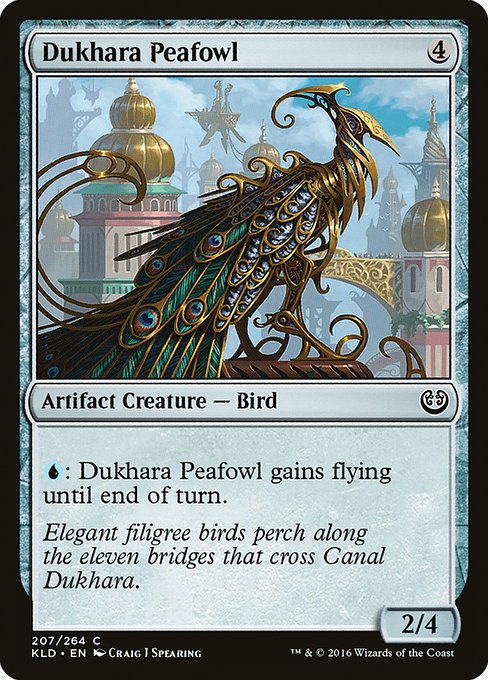 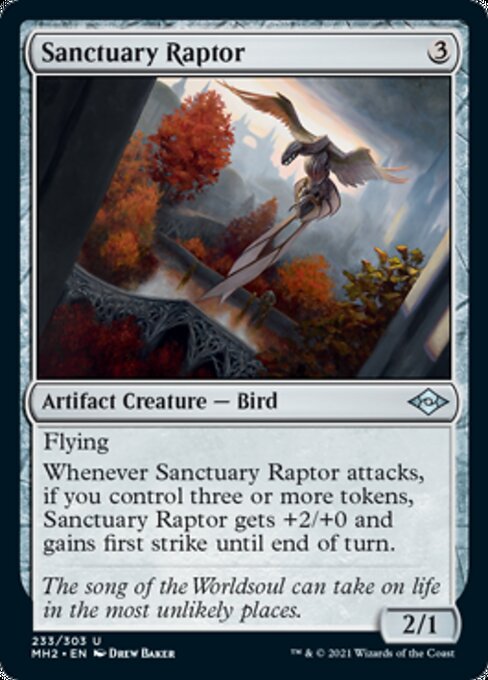 All these Birds are over-costed and not particularly powerful, even in ideal circumstances. However, Sanctuary Raptor has synergy with Kibo's giving me Banana tokens! That's a novel interaction, so we definitely keep that in. These make for the most memorable situations.

Since I'm going all-in on the artifact plan, I get to run thematic and good cards like Jhoira's Familiar and Artificer's Assistant which won't make the deck overpowered, but more functional. His plan? Make big Apes and throw [card]Banana[/cards]s at me. My plan? Fly over his head and peck for one damage per Bird. Terrible win cons that will lead to extended board states and lots of interaction. And then the bombs drop! 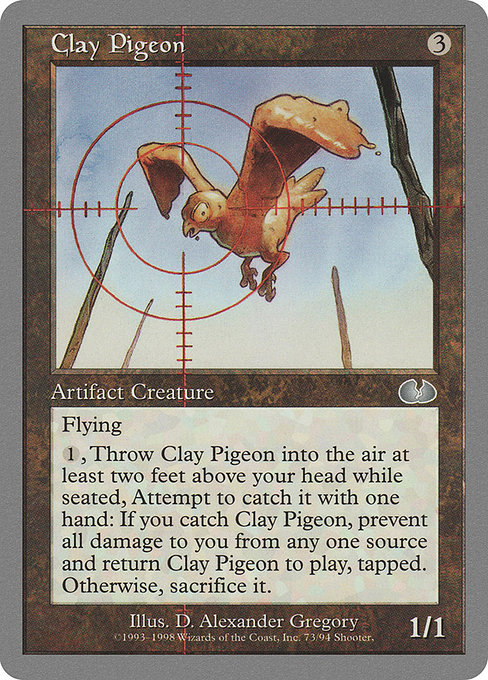 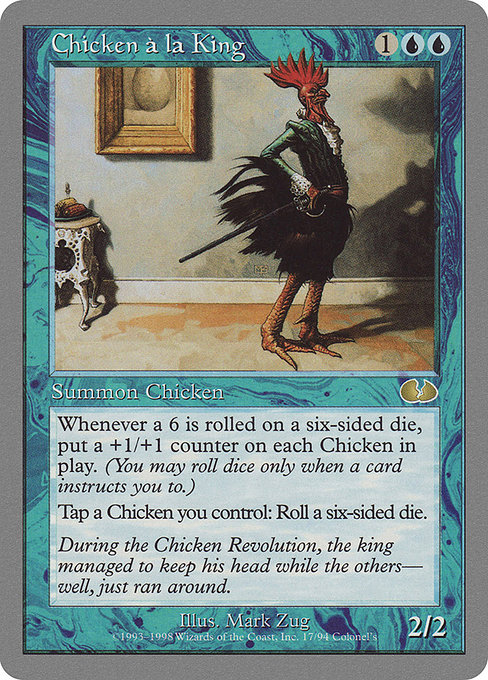 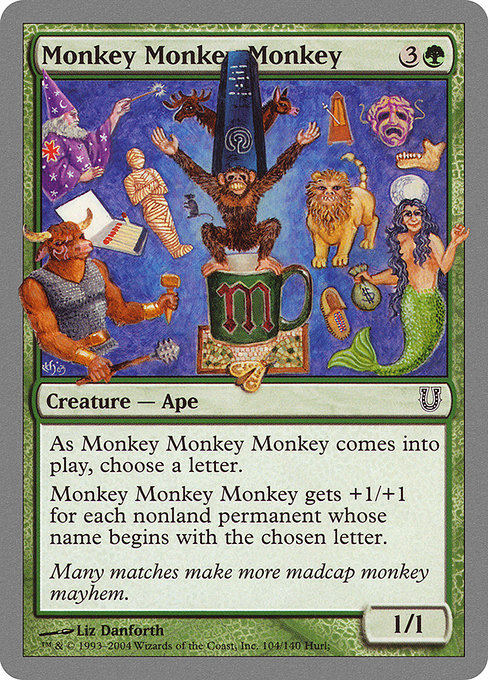 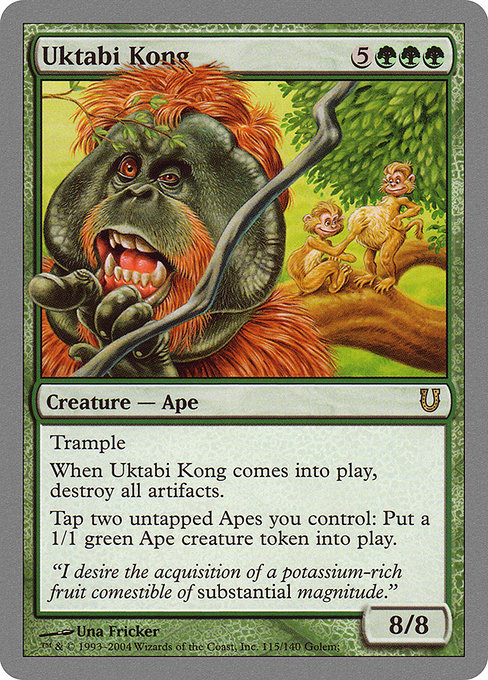 There are more than a handful Un-cards that can go into each deck. Overall they aren't so zany or off-the-wall that they clash with either deck, and I want Kibo to have as many Apes as possible, so this is one way to accomplish that. Chicken à la King has errata; "Chicken" is now "Bird," so this card is super powerful in a Bird deck! However, take a look at Uktabi Kong. He blows up all artifacts and then makes an army of Apes every turn until the game ends. Both of these cards are super-bombs, and each deck has exactly one. Plus: "King/Kong." That, my friends, is no coincidence.

If you haven't tried Duel Commander or just casual 1v1 Commander, give it a shot! If you find it interesting at all, just think of how much better it will be with two carefully crafted decks that are extremely well balanced. This holiday season we settle the age-old debate: when it's Bird versus Monkey, who wins? Let me know in the comments.