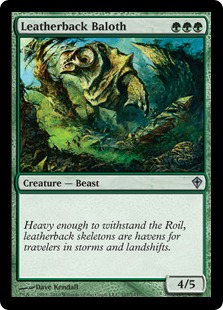 Gregory gives you a full-set card by card design review of Mirrodin Besieged.

First, an introduction: I know it’s been a week full of them here at Quiet Speculation, but new content is always exciting! My name is Dylan Lerch, and I am both a writer and editor for Spike content here at QS. I began playing Magic in 3rd grade, way back in 1995. Countless booster packs […]

I am an Aggro player at heart. Since this is my first article, I thought I’d start things off with an Aggro deck that seems like it can float under the radar with your current meta. It’s a Green and Red Aggro deck… I was working on a similar list, but since that was put on the shelf for now, I will work within what I call a “development list phase.”

Hey all, and welcome back to Whinston’s Whisdom on Quietspeculation.com. this week, we’ve got a bunch of from this week’s FNM. However, as I’m writing this article the day before States, I can’t give you any information on that unfortunately. But rest assured that next week’s article will be chock full of States goodness. This […]