Welcome back! Last week I talked about setting the foundations of a cube and how they effect what cards can go into a cube and what effect this has on its overall contents. This week, I'll discuss how to build a pool of cards to use as a bank of ideas before creating an initial cube list.

One of the most important steps for brainstorming is that it's much better to err on the side of inclusion than to err on the side of exclusion. This is because brainstorming is all about pooling together as many ideas as possible so that ideas (or in this case, cube-worthy cards) aren't disregarded early in the process which can happen in conventional idea gathering processes. Much like in a brainstorming session, don't worry about ideas/cards that "aren't good enough" and just focus on getting ideas out there and noted, as this bank of ideas will be pared down later when making an initial cube list. Building a cube's pool of cards is a pretty big process but like jumping into a pool, making the first step towards getting the card pool made is the hardest part since it seems so daunting (And the water's really cold!). Thankfully, you don't have to go it alone as there are a lot of resources out there to use that help make the brainstorming process easier. What are they? First, tap an Island... 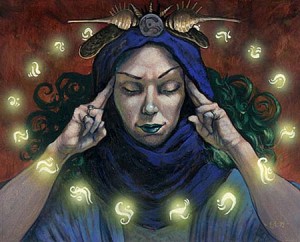 1) One of the best places to look for cube cards is through looking at other cube lists. When I first built my cube list, I looked to Evan Erwin's and Tom LaPille's cube lists because, well, that's pretty much what was available when I built my cube. The Cube Comparison Result Thread on MTGSalvation's Cube Forum is a source of information in this vein but with a LOT more data. The thread uses about 75 cube lists and makes a ranked comparison of what cards are being used. In other words, it'll show how many cubes are using a certain card (62 people are using Savannah Lions, 8 people are using Aven Riftwatcher) and ranks the cards accordingly.

This is a very powerful tool for cube designers since it gives a good impression of what cards are being used most (and for the most part, it's because the more oft-used cards are better (Savannah Lions is a better card than Aven Riftwatcher). There are also posts showing what the "average" cube plays at commonly used cube-sizes: 360, 450, and 540.

You can also check out individual lists in the thread and many posters have individual threads on the main cube forum at MTGSalvation (and I have my cube lists posted on my blog) and pretty much all of the lists on MTGSalvation are great sources of information for ideas. Large cube lists such as Kenny Mayer's cube list can have an additional benefit of providing a lot of ideas since there's more "wiggle room" than in smaller lists. I've successfully used cube lists like his for ideas.

However, looking at other lists and the comparison thread doesn't really say why a card is good. 54 more people are using Savannah Lions than Aven Riftwatcher but that doesn't really give information about Savannah Lions being the better than Aven Riftwatcher, just that many cube designers think (correctly, I believe) that the lions trump the bird soldier. Exactly why that's the case may not be so obvious, especially to new cube designers, since someone can discuss the merits of a card and why it should be in a cube (after all, if a card didn't really have merits it wouldn't be considered for a cube at all). The important question is whether it's good enough of an effect.

When it comes to cubes in the non-rare variety there isn't as much data since cubes like uncommon/common cubes and common cubes are more esoteric than cubes that allow for rares. In terms of lists, I can personally recommend Eric Klug's common/uncommon cube as it's considered the gold standard for that rarity restriction. Adam Styborski's, my commons list, and essentially every commons list on MTGSalvation are good for ideas for common cubes. Regardless of how much data's out there for your cube's rarity structure, looking at other cubes is a very useful tool for finding ideas.

As I said previously, when I first built my cube years ago, I used Evan Erwin's and Tom LaPille's lists for comparisons as those were the only lists that I could find and used those lists for ideas and when I built my commons cube recently, I similarly used other lists like Adam Styborski's, my friend's commons list and other lists on MTGSalvation in addition to other resources to build my commons cube. Granted, my ability to discern useful information from the lists was much better when I made my commons cube than it was when I built my original cube because I've gotten better at cube design, but the process was still pretty similar: find what others have used to success, analyze the cards, and use those ideas for my own cube.

2) Another valuable tool are Magic card databases like magiccards.info and Gatherer. Both sites are very valuable for cube designers due to their robust search engines. This is because their ability to do very customized searches is useful.

Looking for more ideas for white 2-drop creatures? Easy.
Looking for all of the common 4-cost red sorceries? Not hard at all!

Looking through these sites can help uncover useful tech. When I was building my cube I discovered Soltari Trooper, a card that was for the most part ignored but has performed amazingly since its inclusion (and has become an oft-used cube creature due to its having 2 shadow attacking power for 1W). If you only have limited time, looking through card databases may provide not as much return on your time for finding cube cards as looking through lists, but it's still very useful.

This method is especially useful for cubes with rarity restrictions since the search engines can help uncover some cards that you may think are unavailable due to rarity restrictions, such as Pyrotechnics, Sinkhole, and Ray of Command are commons, and Hypnotic Specter is uncommon (just know that Gatherer is better for being 100% sure on rarities since it's official). I was able to find some really interesting common cube tech such as finding Spike Colony by doing searches for common 5-drops in green, and finding Opaline Bracers by looking through all available common artifacts.

Much like looking through a list this doesn't necessarily show what cards are amazing but if something looks good for the idea bank make note of it! In fact, when using search engines you should definitely err on the side of inclusion since ideas can always pared down later. It may be very hard to remember some obscure Prophecy card when you're considering red 4-drop creatures once you decide to pare down the idea bank into an initial cube list.

I've learned a lot about the history of Magic: I wasn't playing Magic when Invasion, Odyssey, and Onslaught were around and looking through these blocks for cube cards has helped me gain knowledge about these blocks that I had no experience with. For example, how else would I have encountered Kirtar's Desire for my commons cube if not for Gatherer?

3) Getting ideas from other players is also a really good source of ideas for your cube. If you're making a cube for a group or a store it's a good idea to get some outside opinions.

Getting ideas isn't as formal as group brainstorming but some information from a UK brainstorming site outlines some of the major points that are useful for generating ideas for a cube:

All of these points are very useful, but I'd like to discuss the last one in detail. Just because someone's a Pro Tour player or has had success in a MTG format doesn't mean that all of their cube ideas will be amazing. Players who have played at Worlds, PTQs, GPs, and on the Pro Tour have recommended some really bad cube cards to me (Furnace of Rath, Stalking Vengeance) but they've also recommended some great ones (Sulfuric Vortex, Deranged Hermit). The same can be said of "regular players" who aren't tearing up the competitive scene, so don't disregard ideas just because someone doesn't have a Top 8 Competitor pin on his or her play mat: doing that will result in the loss of many good ideas and an overall weaker cube.

Getting ideas from others can help foster some ideas and can help to cover some areas that you may have forgotten. "Card X looks good, we should consider it." "Wickerbough Elder seems good, there are a lot of targets for it." As has been said before, it also makes sure that you get a lot of ideas from various sources, but getting outside ideas can help re-evaluate some cards. I initially had dismissed Dimir Infiltrator but I gave it another chance when I talked to Adam Styborski about it and eventually tried it and liked it. Had I not had the conversation with Adam, I'd have never used the card! Conversations about potential additions can foster a lot of discussion and even when heated, can be fun, leading to new ways of card evaluation and understanding.

So what do you do with this pool of cards? Well... that'll have to wait until next week. I'll discuss how to take the idea bank and pare it down into an initial cube list. After that I'll be getting into the more interesting part of cube theory, including more detailed and in-depth material like overall card efficiency and how to properly evaluate the strength of cards for cube, how to use the unused "idea bank" for making changes to your cube (because as I noted on an article on Evan Erwin's cube site, making changes is usually the hardest part of cube design), aggro support (a sequel or two to my original article on aggro in cube), opportunity cost, approaching cube from a holistic view, and all of that fun stuff! If you've been skimming through these articles because you're an experienced cube designer and found that most of this material has been review, well, let's just say that class is going to truly begin next week!

As always, my cube blog's at idratherbecubing.wordpress.com,
twitter's at @UsmanTheRad
and my email's at my twitter address + gmail.com!