Now that we're at the tail-end of my budget series we're getting into strategies that I'm less familiar with and colors that are less budget friendly. We got through white and black with no trouble, green was a little bit of a stretch, and now we're headed into blue and red.

I can't stand blue decks in this format so I want to put that one off for as long as possible. That leaves us with red.

Red presents a unique challenge, both in general and as far as budget restrictions go. Red's deficiencies are mostly a function of social stigma. Take a second to think about red's part of the color pie. It can destroy artifacts and lands, burn people out, [card Reverberate]copy[/card] things and push the [card Scrambleverse]random[/card] button.

Its most powerful axis of interaction, mass land destruction, has a ton of negative feelings associated with it. Few things will get you hated off of a table as quickly as Obliterate.

Typically, red decks compensate for their deficiencies with artifacts and colorless cards. Unlike with white, red doesn't have many equipment-based cards, so it tends to lean on colorless staples like All Is Dust, Solemn Simulacrum and Nevinyrral's Disk. Those are clearly outside out of the budget for this series, which makes things a little awkward.

Throughout this series I've emphasized that a budget restriction encourages you to build around your Commander.  Without access to pricey card advantage and tutoring engines, you want to make the one card you always have access to as powerful as possible. On a budget you must rely not on individual card quality, but rather on powerful interactions. 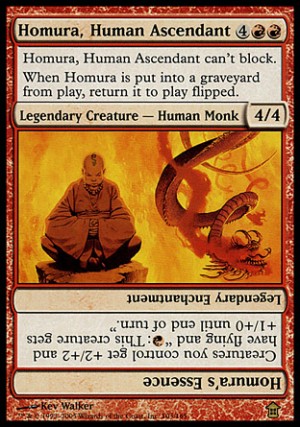 That's why each of these budget decks has had a Commander with a huge upside. It might not do a ton in the early game, but can dominate a game once you get rolling. The upside of your general needs to be high enough to beat decks that are more powerful card for card.

Unfortunately, there aren't too many candidates for red. You could try to build an attrition deck with Slobad, Goblin Tinkerer. Or you could try to build a budget version of Godo, Bandit Warlord, investing in one or two expensive cards to power him up. Those are both great options, but I think we can have the most fun with Homura, Human Ascendant // Homura's Essence.

You can invest in a few cards to swarm the board with tokens, each of which will be gigantic under a flipped Homura. As long as you have creatures, you can interact with the rest of the board. Creatures can turn into removal, either by trading with bigger guys in combat or by killing the person who controls the scary permanents.

You also need to be able to kill off Homura easily and consistently. Sacrifice outlets are awesome, since they give you additional things to do with your tokens and flip your Commander.

Our first concern is flipping Homura. Fortunately, this task is covered by regular removal spells that we'll want to run anyway. But the best ways to kill Homura will provide some sort of value in the process.

You also want to gear your removal towards creatures without flying. Red has all kinds of Earthquake effects that will kill most creatures in the format, including Homura, but leave your guys alone once Homura has flipped.

This means you will want to hold back less conditional removal in case someone does have a creature with flying that has to die.

A full fifth of our deck is capable of killing Homura somehow. You may have to two-for-one yourself to do it, but these cards get the job done. You also have some versatile removal and a bunch of [card Earthquake]Earthquakes[/card] which you can follow up with token generation.

You have to be careful not to use up all of your removal just because you can. Only kill the creatures you have to, and try to keep a card that can kill Homura in hand so that if someone [card Austere Command]Austere Commands[/card] or [card Tranquility]Tranquilities[/card], you can reflip and get back on the aggressive.

To me the most exciting cards here are Breath of Fury and Jiwari, the Earth Aflame. Breath of Fury is a way to combo off if you have enough tokens in play. Suit up Homura, get in a hit, flip to pump your guys and start smashing face. The firebreathing effect doesn't wear off until end of turn, so the damage adds up more quickly than you might think.

Jiwari, the Earth Aflame, on the other hand, is an uncounterable Earthquake. Plenty of other cards will flip Homura even if countered, like Fling and Artillerize, but Jiwari does everything you could hope for in this deck. It clears the way, flips Homura, and becomes repeatable removal if you get it into play safely.

The next concern is to make sure Homura's ability is relevant. There's a few ways to do that, the first of which is making a billion tokens. An anthem with evasion and firebreathing as your Commander is sweet when your plan is to make a bunch of guys. The second thing we can do is take advantage of firebreathing with cards that care about power, like Fling.

The easy place to start is tokens: 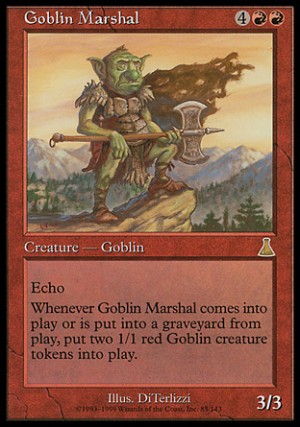 With enough money, you could make this a Goblin-based engine and include cards like Ib Halfheart, Goblin Tactician. Since we're on a budget, we're pretty much stuck with every common and uncommon token generator, and even some of those are a little pricey.

Once you've flipped Homura, each of these produces a minimum of six power in evasive firebreathing dragons, which is nothing to scoff at. A number of these effects are even repeatable, which isn't something I expected to achieve with this budget.

Finding more repeatable effects is a good target for upgrading the deck. Cards like Myr Matrix and manlands can make a huge difference here. Since you're super reliant on having creatures in play at all times, token generators and lands that live through your sweepers are hugely important.

If tokens and anthems are the framework of the deck, we will need a way to close out games once people have stabilized. For that we have a few creatures that care about the power boost provided by Homura. We may not be able to afford something like Spikeshot Elder, which would be awesome, but we can do fine without: 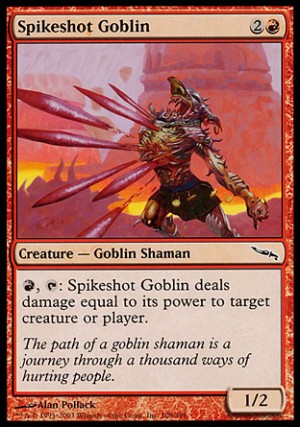 There's not a ton to say about these besides that they help you steal games. Some of these guys, like Godo, Bandit Warlord and Bloodshot Trainee offer you some marginal utility, but for the most part these guys are here to generate huge amounts of damage from small board states.

Again, these encourage you to invest your mana every turn, which is one way that budget decks can stay ahead of more powerful decks. By converting mana to damage you can apply a ton of pressure, which other players may not be prepared for.

There are only a few more slots left to fill before we start to worry about cost. Let's see if we can squeeze in a few much-needed utility effects.

One of the more obvious issues with a deck like this is its weakness to sweepers. Red doesn't have much in the way of recursion, and Eldrazi Monument is difficult to maintain besides being well outside of our budget. Similarly, you don't have access to ways to protect your stuff or answers to nonland, nonartifact permanents. You can always resort to Red Elemental Blast, something I'm more than happy to do. But that seems a little hateful as a starting point.

Here I've included a small equipment suite. I'd love to fit in Mortarpod, but I don't think there are quite enough tutors to take advantage of it. It may prove better to add Basilisk Collar and some pingers to create a removal engine.

Still, I really like Mortarpod as a sacrifice outlet to power up Nim Deathmantle. Deathmantle itself really shines in this deck, rebuying Goblin Marshal every turn or making an evasive guy that you can dump mana into. It gives you a ton of longevity you might not have otherwise, and is almost always the first thing you tutor for.

These slots are certainly flexible and you can play around with different options. The best thing to look for are utility effects attached to bodies that can take advantage of Homura.

Red mana will be at a premium in this deck. Caged Sun and its ilk would be excellent additions, although I wasn't able to fit them into our budget. In any case we won't want to run a ton of colorless utility lands. We do want to make space for some number of manlands in order to maintain our board presence after a sweeper.

If there's a card you're dying to add but you don't want to change the budget, these are your flex slots. Because so many cards in this deck are redundant, you could easily cut one for another, or even cut multiple cards for a few extra lands. That mana will always be put to use, so there's no reason to miss land drops, and it won't change the overall power level too much.

Here are a few ideas that I would have loved to fit in:

I've always thought that Homura was underplayed relative to his power level. Double anthem, evasion and firebreathing is no joke, and should bring the beats pretty hard! There's room to improve on this but it's a good start and I look forward to developing it more. For my version though, I'll probably swap out some of the budget cards like Shivan Harvest for Spikeshot Elder and the like.

A quick aside before we wrap this up: I did go and build a deck very similar to the one I posted last week on MTGO for less than three tickets. That's right. Three. The deck is currently 3-2 in games. The deck definitely still needs work but I'm pretty happy with how it turned out, especially for having spent so little!

Next week we'll wrap up this series with a blue Commander even I can get excited about. It's a little more my speed than typical blue Commanders that focus on combo or prison elements. Those decks are fun to build but ultimately not much fun to play, which is really what matters.