The Standard metagame post-Pro Tour Theros is like Darth Vader walking down the line of bounty hunters giving them a mission. Each bounty hunter is a powerful warrior with a well-honed set of skills. They all have their strengths as well as weaknesses. Take Bossk for example. 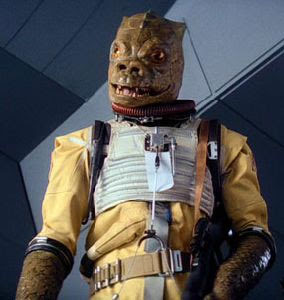 He is an extremely quick and deadly warrior with multiple tools at this disposal. Basically he’s an aggro deck. Bossk is gonna come at you fast and if you aren’t ready for him, you’re gonna go down. If you are prepared and you have some tricks up your sleeve, you will probably survive the attack.

I might compare Bossk to Mono Blue Devotion or any of the Red Devotion decks. Is Bossk a capable bounty hunter, yes, otherwise he wouldn’t be on the panel of the best in the galaxy. Same goes for either of the two aggressive decks. They are both good and if you aren’t careful, they can beat you quickly and easily, but if you are expecting it and you know how to play the matchup, you can defeat them.

On the other hand, he could also be compared to Mono Green Devotion. Bossk comes from an extremely strong race, Trandoshan, that can easily overpower their foe. Fast and powerful sounds exactly like how Mono Green plays right now. It is definitely one of the most explosive decks in the format and it can generate degenerate amounts of mana to flood the board with permanents or pump its creatures a bunch of times with Nylea, God of the Hunt. 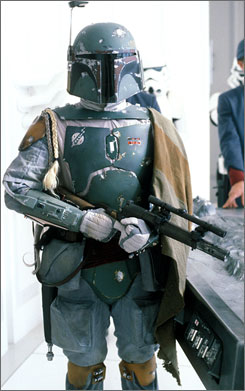 Continuing with my analogy, I would compare Boba Fett to Mono Black Devotion or something like Junk Midrange or my BUG Prophet deck from last week. These midrange decks typically play the package of Thoughtseize, Abrupt Decay/Doom Blade/Ultimate Price/Devour Flesh, and Hero's Downfall. This combination of cards completely disrupts what your opponent is doing and allows you to win the game with any number of win conditions. Everyone knows that Boba Fett is the best bounty hunter and these decks are some of the best in the format. If there was not competition for his spot Fett would have been the only one hired. There are lots of other bounty hunters vying for the bounty though and they are just as capable as he is. 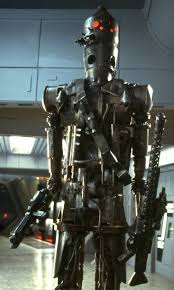 Another part of this lineup is one of the droid bounty hunters, IG88. This black death machine uses his supreme processing power to deviously calculate and plan for ways to take out his prey. He brings the right tools for every job and can customize himself for whatever job he needs to. The finishing blow may seem delayed, but it was always coming, you just didn’t see brewing. Similarly, Esper Control (or UW Control) can be altered from week to week with the appropriate tools to take down whatever threats your opponent presents.

Your only other option is to go rogue. It’s not that Dengar is horrible or anything its just that the other bounty hunters are so much better. He’s just a random guy with a little bit of armor, a gun, and a ship. That’s cool and all, but he’s not the guy you are counting on to bring back the bounty.

Playing a rogue deck in Standard right now is just about the same as committing to hiring only Dengar. All the other decks you can be playing do such powerful things, you will have a hard time keeping up without another powerful deck. Once in a while, Dengar pulls out just the right trick and the same goes for your rogue deck. The deck you’ve been working on does have a shot to take the metagame by surprise, but you may be relying on some good pairings to get there.

So which bounty hunter is the best? That is hard to tell. We know that Boba Fett was the one to track down the Millennium Falcon, but that doesn’t make him the perfect bounty hunter for every job. The same goes for Standard. Each week, we see similar decks being successful because they are all still strong options. Whichever one you are playing and have experience with can lead you to success. Play the deck you can pilot the most skillfully. Make changes that you think would attack the metagame at just the right angle.

Since Theros was released, the set was like a free bounty ready for anyone to collect. Opening the set was so profitable that stores were having a hard time keeping it in stock and getting more ordered. What’s not to like in the set when so many cards you can open are worth as much or more than you paid for the pack? Nearly every mythic was worth at least twice what you paid and many of the rares had a higher than normal value as well.

While the set is still worth more than many other sets, the value has dropped off considerably. Numbers across the board are down. If you have been holding Theros cards, most likely you missed your window to move them at their peak. It’s still a good time to be trading Theros into cards that will likely gain value so move quickly. I’ve been working a lot with the Theros numbers to make my store profitable, so here is a rough sketch of the current prices. My prices are based on those similar to TCG Player.

The most surprising thing about that list to me is the low cost of the blue mythic rares. Despite both Master of Waves and Thassa, God of the Sea seeing major play, they did not hold anywhere near their peak price and have dropped nearly half in value. Many of the other cards from the set have held fairly close to their previous price and have only decreased slightly. Unsurprisingly, many of the mythics have come down in price. The overall value of the mythics was too high for them to hold their price. I would not be surprised to see some of them come down even more. Over the next month or so, it will be prime time for picking up Theros mythics before Born of the Gods is released in February.

In case you needed a little bit of Standard spice, here’s the list I’ve been tinkering with for fun. I’m not sure it’s tier one or anything, but it’s the fun FNM list. After all, who doesn’t like winning games with Purphoros, God of the Forge damage from Elspeth, Sun's Champion?

Which bounty hunter do you think is the best?

6 thoughts on “A Bountiful Standard”