With the Masterpiece Series introduced last week, Kaladesh appears more and more as a top notch set for both design and power level. Whether this will translate into an exiting new Standard metagame I have no idea. I'm unfortunately not enough up to date and ahead of the deck-building curve to attempt to predict what could breakthrough during Pro Tour KLD. From my speculator perspective and with limited time to review and access all the information, the only thing that matters now is putting my hands on as many potential hot potatoes as possible before the next Pro Tour.

Last week I discussed what I consider a decent speculative strategy to use approaching a Standard rotation. On MTGO, and for speculative purposes, we can only focus on previous sets to pick whatever we think will go up. It is virtually impossible to reasonably speculate on cards from a set being released, with the exception of maybe a few quickfips for moderate profits.

As in the previous weeks, and for the rest of this month, I'm trying to grab Standard targets I think have a decent shot at increasing in price this Fall. Along with two recently flashback-drafted Magic 2011 cards, let's see what I did this past week. In the sales section, I'll also comment on what I consider the end of my gigantic Magic Origins painland spec.

The snapshot of the portfolio is available here.

I had these posted in my portfolio but completely forgot to comment on last week. No secret tech here, these picks are pure bulk specs with nothing else in mind than waiting (for a very long time if needed) for something to happen.

These are some of the few Modern bulk targets I keep a eye on. I'm looking for cards with a very singular effect that could, one day, break through in Modern. Countless times in the past we've seen cards move from zero to several tix thanks to a sudden, often illusory, increase in Modern playability. A perfect example and the latest to date is Allosaurus Rider, which went from a six-year-long bulk price to 3 tix overnight.

I'm looking to acquire these cards as close as possible to 0.05 tix and I'm waiting for a spike over 1 tix at least. As you can see it's not always easy to buy these guys at 0.05 tix or less. I'm not willing to pay more than 0.05-0.1 tix and I'm totally fine waiting for the prices to fluctuate down to 0.05 tix again before buying more playsets. My goal is to accumulate between 100 and 200 copies to make any sort of spike worth it if it happens.

You can also see in my portfolio than I didn't even bother putting how much I paid in total for the copies I currently owned. I simply buy these cards at or under 0.05 tix when I have the opportunity and consider this money kind of burnt, given that the investment is really meaningless in terms of tix at this level. 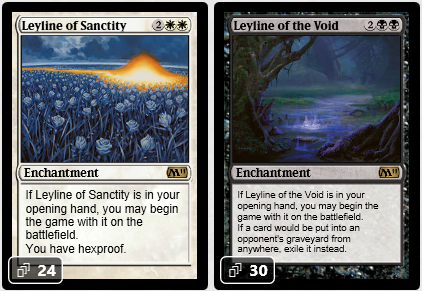 These were the two main cards I was lurking over during the Magic 2011 flashback drafts two weeks ago. They are the two most played Leylines in multiple formats and have somewhat limited print runs. As for all Modern staples during the flashback draft series, these cards rapidly lost value and rebounded as soon as Friday (September 9th in this case). With prices not far enough from their max, especially for Leyline of Sanctity, I was resolute to pass on these targets.

However, as the M11 flashback drafts were coming to an end the price of these two Leylines dipped a little bit more. The white Leyline actually got even cheaper than during the first weekend after the M11 drafts opened. I then decided to grab a few playsets of these two enchantments. 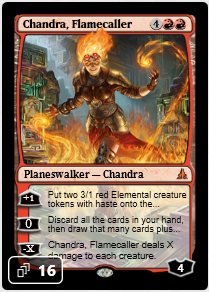 The presence of two new versions of Chandra in Kaladesh, including the promising Chandra, Torch of Defiance, shook the price of Chandra, Flamecaller a little. From a stabilized 10-11 tix price the red planeswlker from Oath of the Gatewatch fell back to 6.5, its historical lowest point.

I do think though that the two Chandras can coexist in the next Standard environment and therefore doubled down on my investment with four more playsets of Chandra, Flamecaller. We'll see in about a month if this "rebuy" pays off. 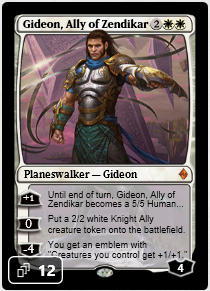 All abilities of the version of Gideon should still be very relevant in the new Standard metagame. At 15-16 tix, Gideon is currently at what appeared to be a solid floor. With a proven ceiling of at least 30 tix I think this is a great bet going forward in the post-Kaladesh Standard. 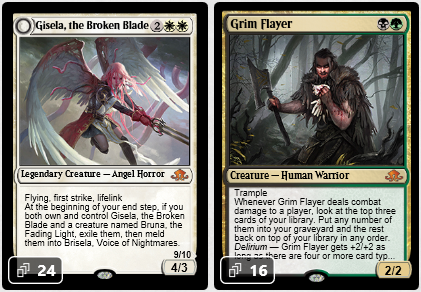 Grim Flayer is depicted as the new Dark Confidant in a few Modern decks, including the trendy versions of Abzan and Jund decks. As it seems, the Flayer might be a highly played card in both Modern and Standard, turning it into a decent speculative opportunity as well.

Similar to others, even after acknowledging this I felt like it was either too early or too late from a price standpoint to jump on the Grim Flayer bandwagon. When the price dropped about 4 tix last week it was just the opportunity I was hoping for and I grabbed four playsets of this guy.

Ideally I want to get my hand on more copies, and I only bought 16 copies not exactly knowing where the price would go from 7 tix. It's obviously higher today but I think there's a chance to catch another opportunity around the release of KLD on MTGO. We shall see.

Although she has a much less impressive list of accomplishments to date, I think Gisela has the characteristics of a powerhouse creature in Standard. The melded card is also something not to totally ignore. Gisela reminds me of another angel: Sublime Archangel. Besides color, power/toughness, and type I could also see the price trajectory of these two angels becoming more similar in a month from now.

I also didn't want to commit too much to Gisela now, as with Grim Flayer. I'm leaving some room to buy more copies of Gisela, the Broken Blade if the price drops by the end of the month. 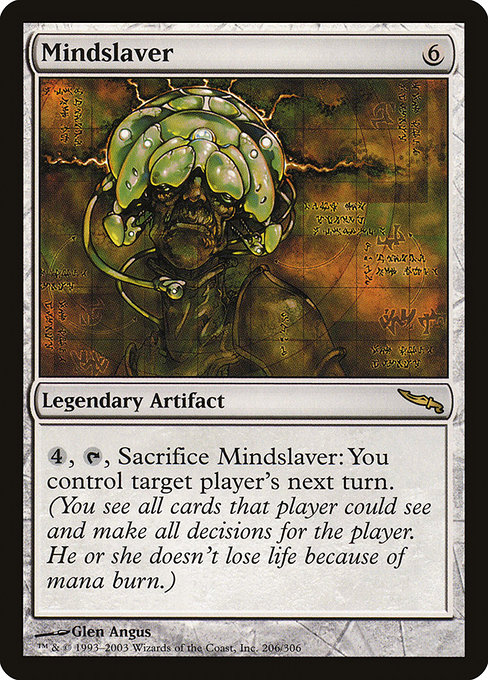 Scars of Mirrodin flashback drafts just hit us this past week. I had bought [/card]Mindslaver[/card] back when the original Mirrodin was flashback-drafted. I sold part of my stock at a small profit and there was no reason to keep the few copies I had left with fresh supplies coming in. With a total loss of 5 tix this spec never went anywhere and [card]Mindslaver[card] is not what you want to play in Modern these days anyway.

Probably the last round of above-bulk sales for my stock of painlands. I close my biggest position ever with 910 copies of Yavimaya Coast. For the record it was a profitable ride with a total gain of 255 tix, but it was all but simple.

I still have a combined 725 copies of Battlefield Forge, Caves of Koilos and Llanowar Wastes, which is close to nothing valuewise. With prices barely above bulk price at this time I am going to call it the end of my painland giga-spec and store these guys for hopefully better days and better prices long after they rotate out of Standard.

Even with the value of the remaining lands considered zero this was still a fairly successful ride. Just by the numbers, I invested 2782 tix for a net profit of 1233 tix (44.3%). The Forges never did anything and clearly put me down here. Without them, the four other painlands have an average profit percentage of 76%.

The initial strategy was great but the final results a little bit underwhelming considered that I was counting on doubling up when I started this, based on previous years' trends of other core set lands. Nevertheless, with a set of only five specs of such a large scale, ending up with a cumulative profit of 44% after about a year is clearly a success. The largest position I'm currently holding are the Battle for Zendikar full sets which are very far from such a performance.

My goals for this month remain unchanged. I'll keep looking closely and trying to grab anything I find worthwhile before Pro Tour Kaladesh and before Standard rotates. In between this, I'm also keeping a close eye on Modern positions and flashback drafts. I'm not expecting big price drops because it's a third set, but New Phyrexia certainly has a lot of great Modern staples and at all levels of rarity.