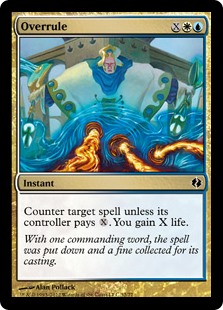 Brian DeMars recently wrote an article also titled "My Basic Rules of MTG Finance" and I felt I could do the same from my point of view. Brian's article is quite interesting and I would certainly recommend giving it a read. I believe we're different enough in how we approach the market that my rules set should be quite different from his. I've come up with the three main things I will consider and have split them further out among different categories of opportunity.

In December, I will have been playing Magic for 20 years (jay!). I've traded and dealt in just about anything you could imagine, and I've also consistently failed in some areas. What I've realized is that some opportunities just aren't for me and that staying away from them is by far the better move. I realize others do make great profits in these areas, which is absolutely fine – they've got their niches and I've got mine. I want to look into what's not working for me and why so that you can decide for yourself whether you are in the same boat. 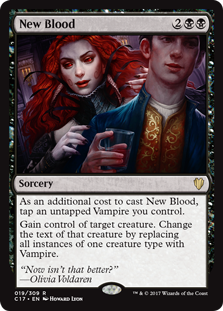 I'm grouping these together because in my mind they are incredibly similar in behavior, of course to someone specializing in them they could be worlds apart.

New(er) cards tend to show very high volatility. You need great timing to get in and out when the cards are at their lowest and highest respectively. Generally, the people who do best here are the ones who would follow these formats anyway. I've never cared much for tournament play, and while I like to stay informed on the more popular cards in these formats, I really don't care to keep track on a day-to-day basis. The result is that whenever I move in on cards like this, I inevitably end up holding the bag as they drop.

It wasn't always like this, though – back in the days when Magic was still on its first border design, I would go to a local monthly convention to trade all day. I knew all the prices and would be trading up, down, left, and right, culminating in walking up to the organizer at the end of the day with a stack of Type 2 cards that I had gathered to trade in for something more stable, my best score being an Alpha Ancestral Recall (yeah, that would've been a good hold...). I lost touch with the new(er) cards, though, and I just don't have the time to build up and maintain that knowledge. 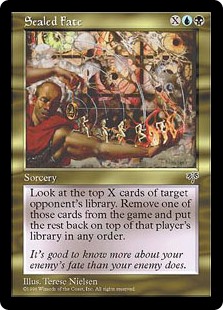 Sealed product is always quite tempting: buy it, stow it away and check in on its price in a couple of years. For some, this has been a great strategy for some time, particularly when the player base was growing hard and older sets turned out to be very under-printed relative to the demand generated by all these new players. These days, though, many people invest in sealed product while little of it actually turns out to grow enough in price to make the investment worthwhile.

I haven't completely avoided holding anything: I found some good deals on the first Modern Masters set, Conspiracy and a couple of the first Planechase decks, and I got 24 Unhinged boosters from a collection. On the whole, though, the payoff tends to be too small for my taste, and I don't know enough about that market to be able to predict what might rise. 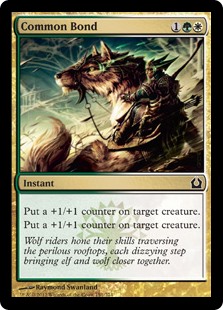 When I first heard about Tiny Leaders I was confused as to what the benefit of it beyond just regular Commander was. I still have no idea. It feels like an artificial limitation on the format that keeps me from playing cards I'd really want to play, while allowing certain strategies to stay pretty much the same. I like to limit myself in deck building, but I prefer that limit to be self-imposed.

Another example of this would be Pauper, though by its nature it's not as likely to cause interesting price increases. I just can't understand why in paper Magic you would limit yourself to the cards available on MTGO at common rarity: why not just allow all commons and avoid lots of confusion? (With a ban list if you have to, a land base that starts with four Maze of Iths, four Mishra's Factorys and four Strip Mines may not be desirable – yes, versions of those were once found as commons in packs). If I can't see the draw of a format, I will never be able to "sell" a card to a player of that format or predict what such players would like in the future. 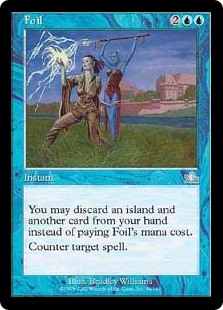 It's all but impossible to avoid gathering some number of foils throughout the years. They tend to just keep stacking up for me, rarely finding anyone who would want them. It's very rare for me to purposely pick up any foils, and then only when I see a very big opportunity. Most of the time those opportunities still fail. I keep coming back to this one though and hopefully one day I'll find a good out for them, because they always look so good (as a prospect). On a personal note, I hate that Wizards is now printing some cards only in foil: it means that if I'd want to play them I can't give my deck a consistent look.

When I do understand a particular category, I do not necessarily get in on every little investment. However, I will think about prospects and make an informed decision. If something is interesting enough, I'll go for it! 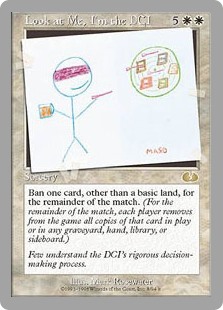 I am a casual player at heart. By funny coincidence, I got my DCI number at the Unhinged prerelease, and I've barely attended any other tournaments since. I am a kitchen-table player, though a bit of an atypical one in that I am involved in the finance side of the game and have a collection that would make almost any player jealous. The people I play with are casual players, the Magic I like to read about is casual, the Magic I think about is casual, and I tend to prefer multiplayer and Commander. I believe I know casual players and what they like. In fact, when I speculate on casual cards, I probably have a player I know in mind who would love them. 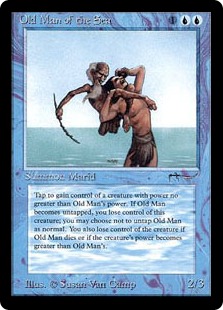 Old School is deliberately not included here. While there's overlap with what I know, I do not know the format itself. What I do know is a lot of cards, and I can often figure out the interactions casual players will come up with. I also collect, and as a collector, I know the desire for and temptation of old cards. I also just tend to know a lot of cards others have never heard of and whether they have any value. Being on the Reserved List is a pretty nice extra benefit – imagine never having to fear a reprint! If I see opportunities on old cards, I am perfectly happy to consider jumping in. I haven't had any problem moving them. 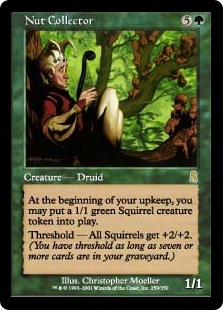 These aren't as similar to me as they are to most people, but they do have a lot of synergy. Obviously collections contain a lot of bulk, but the bulk I tend to be aiming for specifically are bulk rares. I have a great out for bulk rares and decent out for bulk foils. What I tend to do is offer up cards online to trade for with bulk rares, which I value at about 10 cents each. I then pick them and flip the remaining bulk rares to my out and get more interesting cards for the credit.

Collections, on the other hand, are a very good source for cards to put up for trade, provide some extra bulk rares and tend to be a treasure trove of value. I tend to buy a few collections per year, choosing to cherry pick the ones I want to go for based on content and value (large amount of cards from sets I am still looking to complete, from a good period for value, from a period I know well, a couple hundred or thousand in value so it's worth traveling for, etc.). I've never failed to do well on a collection. 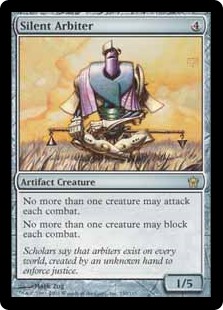 Sometimes you're just going to run into a discrepancy between different markets. We may all think the Magic market is global, but when you search thoroughly you may still find local differences. If I do spot one of those, I don't really care what category the opportunity falls in, I'll take full advantage of it. These tend to mostly be quick flips for an easy profit, but like with my bulk rares, they can also be long-standing deals. As another example, I have now also found an out that converts bulk commons and uncommons to bulk rares at an acceptable rate, which allows me to get even more value out of collections. The trick here is mostly to watch for things that seem out of the ordinary and find a way to gain an advantage. They may not frequently cross your path, but you better be ready for them. 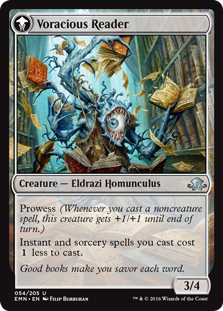 If you don't try something, you'll never know if it's going to work for you. I bought my first collection one day, not knowing whether it would be worth buying (it was). If I run into a new opportunity, I will always pay attention and consider its merit for me. You have to be flexible in this market. Maybe some day I'll have to reconsider on things I stay away from, maybe another day something new comes along, or perhaps I'll even have to reconsider on the things I do like to get in on right now. Only those who are willing to adjust remain successful.

There you have it, the things I will consider when I come across an opportunity. How about you? Do you have any personal rules for my MTG finance?

4 thoughts on “Insider: My Basic Rules of MTG Finance”