Wizards was certainly thinking outside the box by making a world with Dinosaurs, Pirates, Vampires, and Merfolk. My brain has been in the same mode when it comes to Standard.

The format right now is extremely inside-the-box. Not many new cards are seeing play and we have seen barely any innovation thus far. All that will change once the pros get a hold of this format and, hopefully, shift everything around in fun and interesting ways. Worlds didn’t help much, but that’s its own animal and not similar to most other events.

What I want to do today is provide some additional options for this fun, yet competitive Standard environment. I love this format and I think there’s a lot more to it than the couple decks seeing play right now.

A lot my recent writing has drawn from my testing of the format through two decks of my design. I'll introduce you to the decks I've been working on, and discuss what they can tell us about the competitive and financial environment.

I know, I know—we've been down this path before, and everyone seems to agree RG Dinos is unplayable. This is not your typical Dinosaur deck though...

As I see it, the main problem with the Dinosaur strategy was that everyone assumed the build was obvious. When the stock version didn't pan out, people seemed to give up.

Just because the obvious Dinosaur-heavy deck doesn't work, though, doesn't mean nothing's there. There are tons of great cards in red and green; we need to figure out what the best combination is and let our deck build flow from that.

For me, this stream of ideas came from the RG Gods deck from last season. You know, the one where you discarded a bunch of cool cards like Fiery Temper and Honored Hydra to Bloodrage Brawler? Well, if you aren’t familiar with that fringe-at-best deck, the key point was four-power creatures to turn on Rhonas the Indomitable and discard outlets cards to turn on Hazoret the Fervent.

I think some Amonkhet deities are what was missing from our Dinosaur thought process. Let’s take a look at where I am with this deck right now.

See, I told you so. This deck is nothing like the ones you’ve seen before. If the title didn’t give it away, the card choices certainly should have. Many of the Dinosaurs are great, but that doesn’t mean we should be playing them over all of the other great cards that have been in the format. It means we should be playing both alongside each other.

Now that players are flocking towards Vraska's Contempt, which has surged up to almost $10, Rhonas is a little less broken than previously. If you cast him against a non-black deck though, just watch him take over the game. There aren’t a lot of answers to the Gods right now. Additionally, I added Blossoming Defense and Heroic Intervention to the sideboard to combat Vraska's Contempt along with all the other removal spells. Depending on the shifts of the format, those cards may move to the maindeck as well.

I think Heroic Intervention is a great spec right now. It has quietly ticked up to $4 so it may be nearing its peak, but is a great pickup nonetheless. Intervention should be picking up traction in Standard and it’s great to cast in Commander as well. 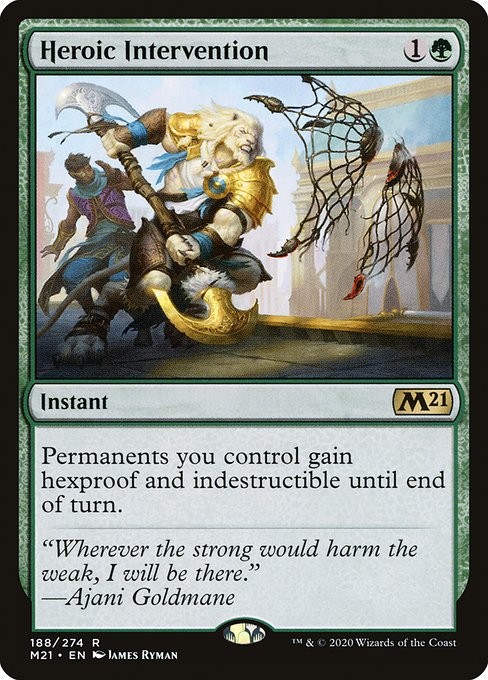 Most of the specs from this deck I mentioned in last week's article, so check those out if you haven’t already.

This version of red-green has a great matchup against Temur Energy, Ramunap Red, and the control decks as well. Your draws can be a little inconsistent, and if you flood out there isn’t much way to overcome it. Samut, the Tested helps with that as ultimating her goes a long way toward winning the game, but some sideboard slots might need to be freed up for Chandra, Torch of Defiance or Vance's Blasting Cannons.

Seriously, though, this strategy has been great for me and it can be great for you as well. It plays similarly to Temur Energy except you have some even better threats than they do.

Dinosaurs isn’t the only tribe I’ve been working on, though. We still need to take a trip across the ocean...

Pirates hasn’t been much on the competitive radar, but I think that’s because players are approaching it from the wrong part of the color pie. A lot of the naturally good Pirates are in black, so you would think that makes for an obvious pairing with the auto-included blue Pirates to form a competitive deck.

The problem is that gives you a more midrange strategy in a tribe that is sailing hard for the aggressive lines of play. Instead of black, I’ve been brewing with red. Take a look.

UR Pirates (by Mike Lanigan)

As you can see, this deck shares some cards in common with Ramunap Red but also plays a lot of different cards as well. Both decks strive for the most aggressive curves but playing some Pirates gives us additional evasion which is definitely needed a lot of the time in this format. Pirates are great for flying and menace, especially when you add +1/+1 counters from Metallic Mimic.

Initially I did not include Mimic in my build of this tribe because I thought it wouldn’t be a factor, but man, oh man, was I wrong. Sure the extra counters are great to boost your aggressive power, but he actually gets in for some damage sometimes. Mimic is definitely the way to go and is exactly what this tribe was looking for.

Why should we even be considering Pirates as an option for our next tournament, though? The whole reason to play Pirates in the first place is Lookout's Dispersal. In my opinion, this new version of Mana Leak is the best card in Standard if you can turn it on. Granted you have to play it alongside cheap Pirates, but it has been crazy powerful every time I’ve cast it.

My favorite thing to do is to counter their spells off of Treasures from Captain Lannery Storm because they never expect it. She has been a huge bomb as well. Not only the haste part of her, which is why I added her in the first place, but also the Treasures have been clutch in out-tempoing my opponents. She could be a great spec as well, so keep an eye out for cheap copies of her. 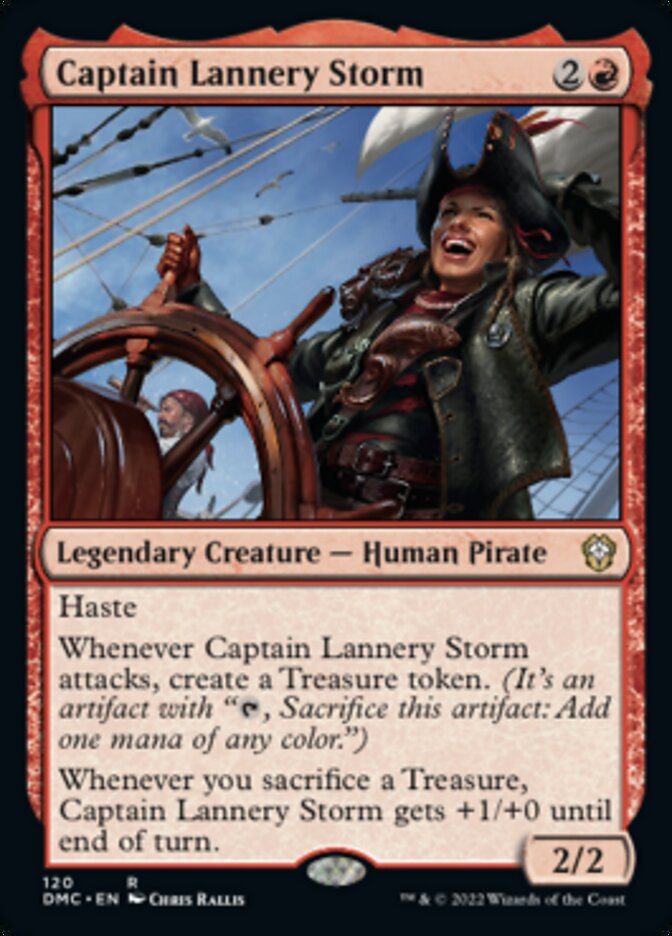 In case you didn’t notice yet or did know about the combo in this deck, I feel I should mention the best Pirate that most players haven’t added yet: the one and only Skyship Plunderer.

I think it’s hilarious that the best Pirates in this deck are not from Ixalan. Skyship Plunderer and Kari Zev, Skyship Raider are definitely the best ones and they hail from Kaladesh.

Back to that combo though. If you cast Jace, Cunning Castaway and attack with Plunderer, you can ultimate him the second turn he’s in play. That’s an impressive line! Sometimes it’s hard to protect Jace for a turn in order to set that up, but it’s definitely possible and really good when you can pull it off. Sometimes you even want to combine Jace with Metallic Mimic and name Illusion to start making 3/3s.

Skyship Plunderer is great with Metallic Mimic as well, adding more counters to your other creatures. The synergy in this deck is incredible, but the cards aren’t bad by themselves. That’s what makes this deck so good. That and Hazoret—man is that card a beating.

I hope you’ve enjoyed my article this week. We'll have to wait for the Pro Tour to see if either of these strategies really take off, but I think both point to exciting possibilities.

3 thoughts on “Insider: Ixalan Standard Outside the Box”