Well, it's been a long time since I've written the full metagame update, but you folks haven't gotten rid of me that easily. Know that our plans here at Nexus have always been to resume these and make them regular, but in a way that was sustainable moving forward. Rather than make speculative promises I couldn't keep to the readership, I have elected to work on the scaffolding behind the scenes to make it all possible. Fortunately, we've been able to dedicate more resources lately to developing the required software, and have hired several people to assist. This has freed me up to work on the metagame report itself—hence our return for the month of November. 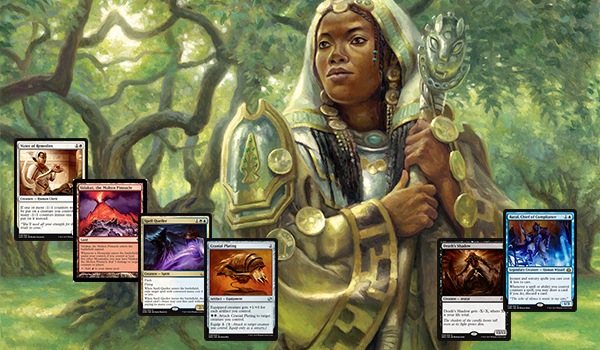 The workload involved in the metagame report is always pretty daunting, so as part of my new "keep Jason fully sane" policy, I won't be going quite as in-depth as before. The numbers are all just as robust, mind you—and they're all available in our Top Decks page as always. But rather than trying to offer a comprehensive analysis of everything, I'll be more so spit-balling about what I see as interesting developments in the data. After that, I'll have some brief announcements about what we have planned at Nexus, and what timeline you can expect it on.

David has been doing an admirable job of tracking the metagame in larger tournaments over the last month or so. The full November report encompasses most of these same events, but it adds a host of others for a much more complete picture. So expect my results here to differ from David's.

The sample size is substantially larger, which bodes well for statistical significance—but there are a large number of smaller, less competitive tournaments that form part of the data set too. Remember, this is a picture of the metagame "as it is played," not a theoretical treatise on strategic viability. But, of course, it still carries strategic implications. The data below should form a solid picture of what to expect if you're playing in Grand Prix Oklahoma City or Grand Prix Madrid this weekend.

As we're coming off a long hiatus, now is as good a time as any to review the methodology we use at Nexus to calculate metagame numbers. To begin with, we compile decks from a variety of online sources, representing both MTGO results and paper tournaments from around the world. All reported archetype names are double-checked to ensure accuracy, and then normalized across sites to get a single name for each given deck. 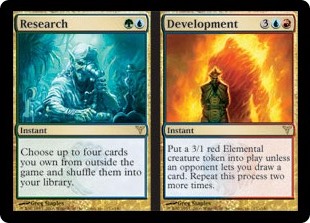 Tierings are calculated individually for MTGO and Paper metagames, then compiled together with additional points from large-scale major events for the final metagame picture.

November's data set consists of 374 MTGO decks and 775 paper decks, for a total of 1149. Errors of margin on the Paper and MTGO metagames were 3.52% and 5.07% respectively. That latter figure seems high to me, but I will have to dive back into the data on a later date to confirm or deny. What I feel comfortable saying is that, if the exact percentages in the sample are not guaranteed to reflect percentages in the population, the tiers assigned to each archetype will be (mostly) accurate.

Paper events this month included the Star City Games Regional Championships, Top 8s from all reported RPTQs, the SCG Baltimore Classic, and the SCG Baltimore Team Constructed Open. For the latter, the Modern deck played by each of the Top 8 teams is included. Note that all caveats of split-format events apply here, but as only a small part of the total sample came from this event, it was unlikely to corrupt the data.

Much has been said of Wizards' recent decision to put the kibosh on representative reporting of MTGO Competitive Leagues. Two things hearten me in this regard. First, the makeup of archetypes in the reported League data is very similar to what we see in the rest of the metagame. While a deck can't appear on one day twice, it can appear several days in a row. The decks doing this were not fringe or rogue strategies, but the exact ones you would expect—proven, Tier 1 contenders like Affinity, Grixis Shadow, and Humans. 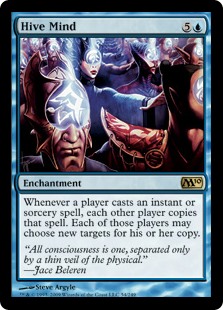 The other positive development is the presence of MTGO Challenges to buttress the League results. In November we had four tournaments of this kind, each of which represents a serious competitive environment where many pros and regular grinders attend. These results are not curated by WotC, but reported as-is, so we get a clear picture of which decks rose to the top.

All in all, I think the MTGO results are about as useful as they were before (assuming a similar number of Challenges each month). What they probably provide a less clear picture of is the state of the MTGO "hive mind," the collective effect of online players iterating the metagame ahead of the general population. To be sure, this process is still occurring, but it might be slightly more opaque to our analysis than before.

In addition to Leagues and Challenges, three Pro Tour Qualifiers on MTGO were held in November. One was a normal PTQ. The other two were RPTQs qualified players could attend in lieu of a paper RPTQ. In each case the Top 32 was included. Given the notorious difficultly, strategically speaking, that events like these on MTGO are known for, assigning them extra weight seemed justified.

This is another area of our analysis that has suffered from Wizards' decision to scale back deck reporting. That said, it's always been a little spotty given the low number of SCG Opens and Grand Prix. For this month, we're looking at two events. The first is the SCG Team Constructed Open in Baltimore. Decks making Day 2 in this event were undeniably influenced by their teammates' choices in Standard and Legacy. The second isn't Day 2 data per se, but each archetype's collective share of the RPTQ Top 8s, which I felt was a similar phenomenon.

Because these events don't do a great job of representing conversion after a long tournament of many rounds, the Day 2 data was weighted at half its normal value. I'll be revisiting Day 2 data in future updates, and evaluating whether or not it should continue to form a regular part of our analysis.

Onto the metagame numbers themselves. The most prominent narrative I've heard over the last few months is that Storm and Death's Shadow are the decks to beat. That is, at minimum, what most people in my own testing group have concluded. The November data seem to corroborate that conclusion, but they also present a relatively healthy metagame with a variety of other strategies in the top tier. For an easy-to-read version of all this data in one place, go here.

First, a note about what exactly we're looking at is in order. Whenever Magic players get together to discuss a format, the twin phrases "tier-one" and "best deck" get thrown around like a football at a family gathering. Pros are guilty of this too. It's typical to hear a lot of speculative claims based on anecdotal evidence or extremely small sample sizes from testing sessions.

And yet, I will still perk up and take notice whenever a major pro makes a statement of this nature. The thing is, there's never enough data to make definitive statements about a deck's "true" power level—that's what makes the game compelling. We can't even test one deck in a perfect facsimile of a metagame, with a control group and all, much less an entire format's worth of decks. Absent this hard data, we must rely on intuition and qualitative assessments; as pros are better at this than the average player, we're interested in the conclusions they draw.

In light of this, I think it's instructive to understand "Tier 1" as a polyvalent phrase. On the one hand it refers to a strategic phenomenon: the decks with the highest power level and most advantageous positioning in a specific metagame. This is the most commonly accepted use, and what pros generally mean when using the term. The second meaning refers to a statistical phenomenon, that corresponds roughly to the metagame as it's being played. This is what we attempt to capture, as scientifically and rigorously as possible, here at Nexus.

There will undoubtedly be some overlap between these two definitions—after all, even us lowly grinders still have a brain in our noggin, and the better decks will be correlated with higher incidences of play. Just remember that the correspondence won't be perfect. The statistical phenomenon should be seen as an indicator of deck strength, but one that's intertwined with other confounding or intervening variables—deck difficulty, perception of strength, and card availability, to name a few.

So back to our Tier 1 decks. Some of this I'm gonna go out on a limb and call unsurprising (Affinity's still good? Shocker!). Here are my notes on the more interesting developments.

Finally, the Tier 3. Again, I don't think anything here is shocking—Modern continues to present its dizzying array of strategies, and anything can win on a given weekend.

Announcement time. You may have noticed those orangeish links on a few of the archetypes in the tables above. These will eventually link to primers for each archetype. Right now the articles are just stubs, introductory pieces to be expanded upon later. Last year I found that the work required for these was about a ka-jillion times more than I had anticipated. So this is a long-term project that will take time to implement, with snippets being released as they become ready. Rob San Juan is helping me do the initial research and write-ups for the intros. After that I will start brainstorming how to flesh out the rest.

The end goal here isn't so much a series of articles that you would read from beginning to end, but more an encyclopedia of archetype information you could return to periodically to answer specific questions. There is no way that I can copy-edit all of this information, especially when you consider that it will be a moving target—new decks, new printings, developments in archetype technology, bannings, and more will necessitate regular updates. So it will be subject to a different editorial process.

What I'm envisioning is a kind of wiki that the community can help co-write and then update. That said, I want to retain a certain rigor in the information that's presented to prevent it from devolving into the sort of rampant speculation and unsubstantiated claims the internet can be prone to. I'm still trying to figure out how this can be done, but my current thought is to enlist moderators with experience playing each archetype who can monitor a given page. I'll definitely be looking for suggestions on this front from readers, so if you have any ideas, do pass them on.

Let me make clear that this is a massive undertaking, and I frankly have no concrete idea of the timeline. I hope you'll be patient with us as we put it together, and I trust you'll appreciate that we want to bring the Nexus quality of analysis to bear on the project.