It seems inevitable. A friend, co-worker, or random visitor to your LGS mentions they have a stack of Magic cards from when they used to play years ago. If you’re like me, the first question you ask is, “what years did you play?” 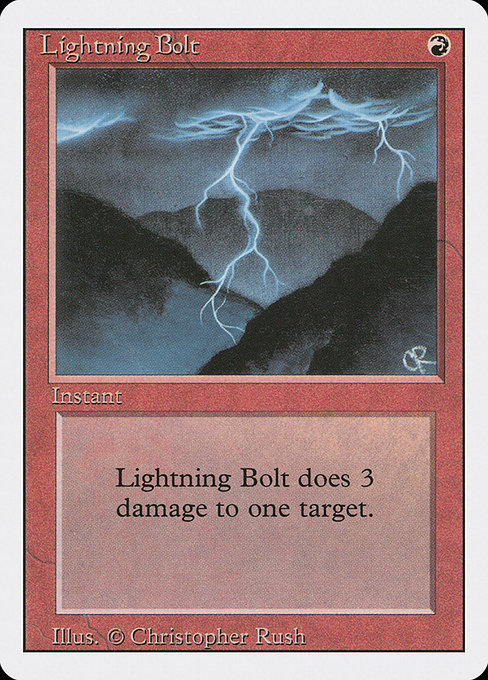 You arrange a date, get together, and eagerly start sifting through their collection only to find a stack of Fallen Empires, Homelands, and Ice Age cards. Bummer.

There’s no need to despair, however. In fact, there are some components to these sets that are very appreciable, if not profitable. In past articles, I’ve written about the merits of Fourth Edition and Homelands. This week I want to touch on another under-appreciated set: Ice Age.

Before jumping into the finance of Ice Age (which is more interesting than you’d think), here are some quick facts to provide background to this set. 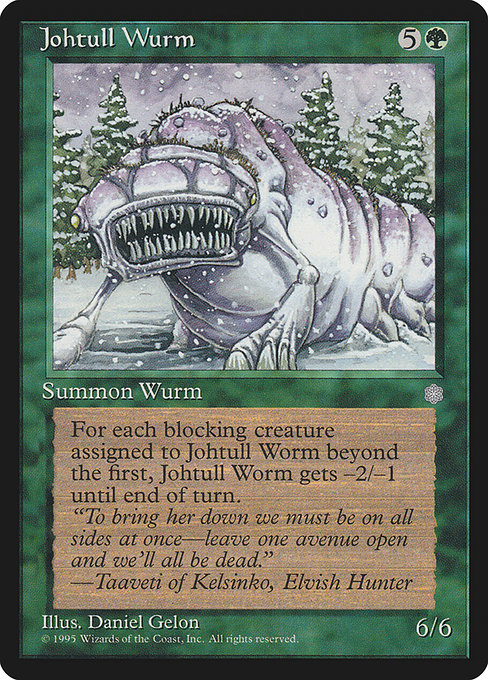 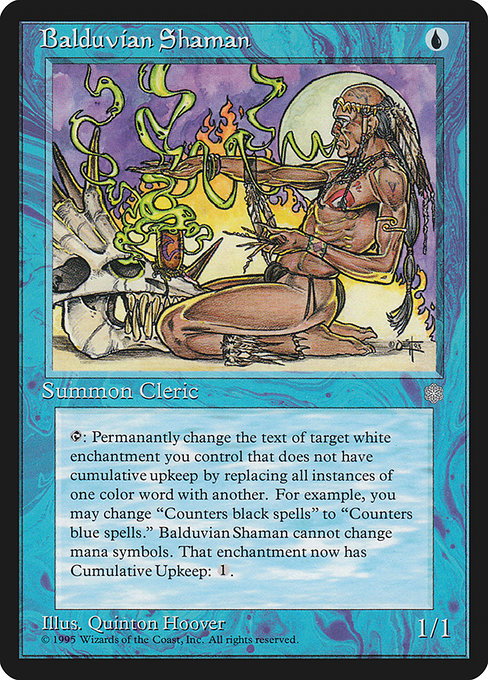 Onto the Finance Part

Enough history lessons—I’ll shift focus to the relevant financial information about this set. After all, many of us have dug through Ice Age bulk at one time or another. The print run of the set was so huge that you can still purchase booster boxes, 24 years after printing, for $450.

Despite this, there are still some important facts you should know when it comes to Ice Age. I’ll concede there are not many valuable cards in the set—but did you know that Card Kingdom has 123 Ice Age cards on their buylist? The cards on their list ranges from Necropotence, the card they pay highest for ($5.50) all the way down to Yavimaya Gnats, for which they offer $0.06. In fact 44 of the 123 cards on their buylist—36—are commons and uncommons. Ten of these cards buylist for at least a buck in store credit (Dance of the Dead, Glacial Chasm, Snow-Covered Mountain, Swords to Plowshares, Snow-Covered Island, Pyroblast, Zuran Orb, Mystic Remora, Nature's Lore, and Fyndhorn Elves.

Dance of the Dead 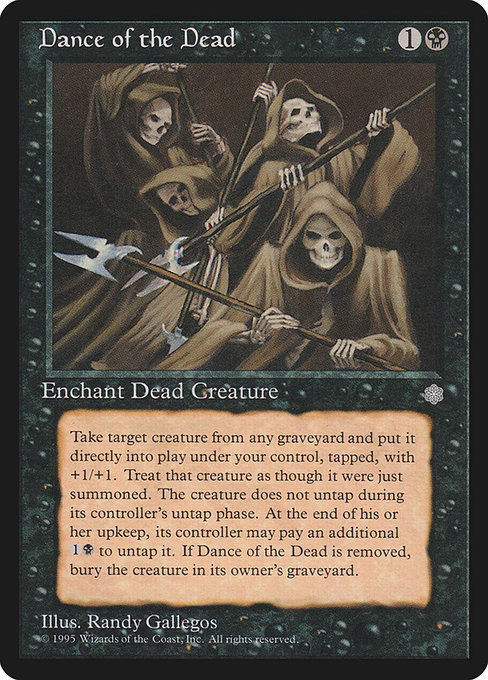 If that doesn’t motivate you to pick through your Ice Age chaff, maybe this will: there are 50 Reserved List cards in Ice Age! Nearly half the rares in the set are on the Reserved List! Granted, most of these cards are terrible or ridiculously confusing, but it still represents a stack of cards that will never see a reprint. Sorry, Ice Cauldron fans—the copies out there now are the only ones that will ever exist.

As for the cards that are playable, there are a few with serious upside. Illusions of Grandeur is a Reserved List card famous for its combo with Donate. The deck known as “Trix” was a popular Extended list that sought to give opponents control of the blue enchantment; when they couldn’t afford that crazy cumulative upkeep, they’d lose 20 life (and therefore the game). I don’t see Illusions of Grandeur making a sudden comeback, but the iconic card will climb gradually over time. And you never know when WOTC may print a superior version of Donate and cause a momentary spike in the Reserved List card. 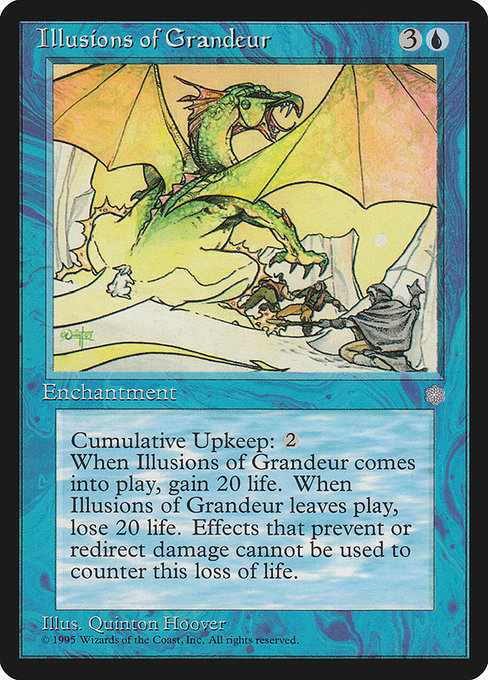 Altar of Bone is another Reserved List card worth a second look. This card is sort of like a vastly inferior version of Survival of the Fittest. Except Survival is a $100 card and Altar is a $5. Card. Altar doesn’t really see much play, but I wonder if it’s one new card away from becoming broken. At just two mana, it could even break into Legacy should the right combo be printed. If that never happens, your downside is still basically zero.

Lastly, I like two cumulative upkeep cards for their upside potential: Mystic Remora and Glacial Chasm. The former was never reprinted in paper and the latter was reprinted only once, in From the Vault: Realms. Both see play in different formats: Mystic Remora is popular in Commander and Glacial Chasm is played in Legacy. As long as they dodge reprint in Modern Horizons, which I suppose is not a guarantee, then these should see gradual upside over time.

At first glance, Ice Age is an over-printed, under-demanded set. Who wants to open a booster pack only to find their rare is Winter's Chill? But despite its apparent ubiquity, there are still many reasons not to skip over bulk Ice Age cards. The set is filled with commons and uncommons that can be buylisted for above bulk. It also has fifty Reserved List cards, which are always worth tossing in a separate box. Don’t forget set symbols did not connote rarity back in 1995, so you may find Reserved List rares in amongst the commons and uncommons.

Most importantly, there are relevant cards in the set. The Pain Lands are played in Eldrazi lists and would be far more valuable if they hadn’t been reprinted so much. Mystic Remora is the 25th most included blue card according to EDH REC’s database. While some of these lists may be aged, I suspect it’s still an easy inclusion for its card-drawing power. Zuran Orb and Glacial Chasm are nothing to scoff at, and both are uncommons. And let’s not forget about one of the most notorious cards ever to be printed, which first appeared in Ice Age: Brainstorm.

With cards like these littered throughout the set, Ice Age may actually be one of the more enjoyable sets to pick. And while you’re digging for these gems, you can revel in the craziness of some of this set’s cards. Game of Chaos, Demonic Consultation, Márton Stromgald, Chromatic Armor…who came up with these cards?! I can’t guarantee you’ll make a ton of money picking through Ice Age bulk, but you may just find some surprisingly whacky cards that give you a smile!