We’ve been told for years now that players come in three types: Timmy, Johnny, and Spike. These are affectionate nicknames for common psychographic profiles that players tend to fall under; with Timmy referring to the power gamer who plays Magic for fun and to cast exciting spells, Johnny referring to the combo player who loves cool interactions and innovations, and Spike is the tournament grinder who sustains himself with two-for-ones.

I’ll assume you’ve heard of these if you’re indoctrinated into MTG Finance, but have you considered how these players approach the financial aspect of the game? I imagine that most people do not, as these archetypes do not easily slot into MTG Finance psychographic profiles.

There are Timmys who don’t care about the value of their cards and never sell them, and Timmys who are excited to open the chase mythic from the newest set at prerelease and will sell it to the highest bidder. While it’s clear that our traditional psychographic profiles are not particularly useful for assessing interests in MTG Finance, it’s also clear that player archetypes do exist for the financial aspect of the game.

Having three archetypes works excellently for our purposes here. I've come up with these three names as the basis for our descriptions: Alex, Bailey, and Cassidy. (Note: these names are not meant to represent any real person, living or dead.)

Alex is the binder-grinder #MTG Finance guru. They subscribe to Quiet Speculation, they check overarching price trends daily, they speculate on cards now and then, and they finance some portion of their favorite hobby with this work. If you’re reading this article, you’re most likely an Alex.

Bailey does not commonly read finance articles or pay attention to price charts because MTG Finance is firmly secondary to playing the game for them. Bailey may sell their cards frequently to help afford the next deck they move to, or only sell when they notice an egregious spike, depending on their financial disposition. 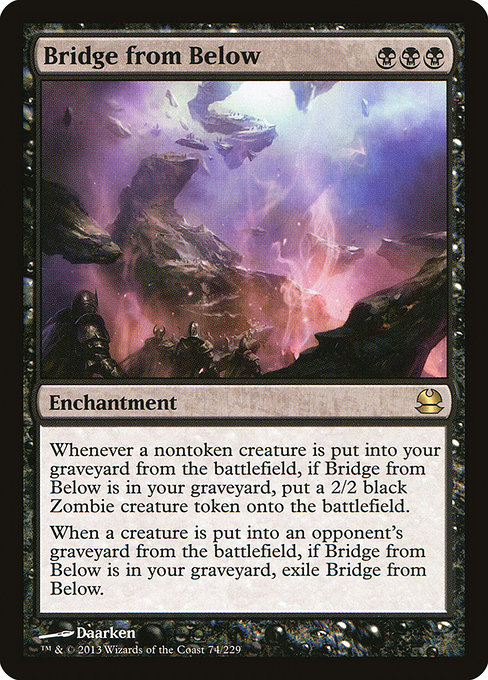 Cassidy does not care about MTG Finance. Full stop. They may have not even heard of MTG Finance. Cassidy has a full-time job that bankrolls the game for them. To Cassidy, Magic is a hobby that they dump a few hundred dollars into here and there that they do not expect to see again.

If they ever stop playing, they will likely sell their collection, but it is not even close to worth Cassidy's time to haggle in Facebook groups or set up a TCGPlayer store. Note that Cassidy doesn’t necessarily have to be an affluent adult, but they can also be a younger person who does not have time for MTG Finance, is not aware of MTG Finance, or is not interested in MTG Finance.

What Can We Do With These Descriptions?

We’ve established the MTG Finance trader profiles. Let’s see if we can create some useful heuristics from these. For this article, I’m going to assume you’re an Alex (sorry Baileys). As an Alex, I’m sure you’re aware of how different it can be to interact with a Cassidy or with a Bailey, if only on an intuitive level. The way you would trade with another Alex is going to be entirely different than the way you would trade with a Cassidy, because Alex and Cassidy both want totally different things from a trade or purchase.

The reason I outline these three archetypes is to try and help Magic traders, buyers, and sellers think more about approaching business in a way that benefits both parties. I’ve met many an Alex who won’t trade with other Alexes because they don’t think they will get any value from the trade. As an Alex, I personally prefer to trade with other Alexes. All you have to do is identify what reason they’re trading for and give them that in return, while ensuring to get what you want out of the trade as well. As an example, most Alexes I've met just want value, and will be happy with a trade like the following:

Which side of this trade do you prefer? The TCGPlayer value (as of June 20th, 2019) of the left side is about $39 total. The TCGPlayer value of the right side is $27. As an online store, TCGPlayer Direct fees are extremely high for cards valued $3 and under. I would make probably about $19 cash from selling these Altar of Dementias, or slightly higher from a buylist if I’m lucky. The Force of Negation will put roughly $22 in my pocket.

This one is on the closer end, but I think lots of Alexes would accept even 11 or 12 Altars, which would make this a great trade for both ends. The Altars will trade at $3 all day long, so my fellow Alex is happy. I will profit $3-9 dollars, so I’m happy. Conversely, while some Baileys may take this trade, no Cassidy ever will. What would Cassidy need 13 Altar of Dementias for?

Clearly consolidation and direct value are two valuable end results of a trade. Just how valuable consolidation is will vary from person to person and from trade to trade. One thousand $1 cards for a single $1000 card is a significantly more lopsided trade than five $10 cards for a single $50 card. On the latter trade, you wouldn't want to add more than 5-10% of the value of the trade to make it even. With the former trade, I wouldn't even be thrilled to trade a $1000 card for double value in $1 cards. There's no perfect formula to measure the value of consolidation, so it's important to come into a trade with some idea of how important it is to you personally.

The last of the three primary motivations for an Alex is speculation. Any Alex worth their salt is going to attempt to trade away their rotating standard cards before they fall too far, and is going to prioritize more stable cards with some potential for future gains. For this reason, I put all my specs that are not yet for sale in my trade binder. This is something I don't see many Alexes do, but having legitimately strong specs in your binder can entice a fellow Alex to kick some value your way, or to give you a more lenient consolidation trade.

Speculatory trades are far more precise in nature. How high do you expect the card to go, and what percentage chance do you think it has of getting there? These are numbers you should already have in mind in relation to your specs, but it's important to be able to calculate these on the fly when flipping through a trade binder. I'm not speculating on Monastery Mentor right now, but it's going to be insane in Modern when Hogaak, the Arisen Necropolis gets banned, and is already putting up results. If I see these in a trade binder, I'll prioritize them, unless the person I'm trading with is also banking on them gaining value.

Speculation trades create complex situations to navigate. Which side of this trade do you want?

Either is fine. Fiery Islets will go up from their current price of $20, but how high they go and how quickly they get there is speculatory. Expedition Overgrown Tomb clocks in at $80 currently and is the value consolidation play, and a decent spec, albeit a long-term one.

Now that you have a clearer idea of these distinct differences in the ways that players approach MTG Finance, hopefully, you can use this methodology to create more favorable deals with more varieties of people. I’ll leave the specifics of these heuristics to your imagination for now, as I’ll be diving into more detail on how I interact with the various archetypes in a future article. Follow me on Twitter @MahouManSam for daily finance updates.