I had a local player recently ask me for a relatively obscure Exodus rare for his Eldrazi themed Commander deck, and this got me wondering: what other old cards have fallen by the wayside but are potentially one new card away from being broken? I should also note that for this list, I will only focus on cards that are more than 20 years old and have never been reprinted. For those interested in the card he requested it was: 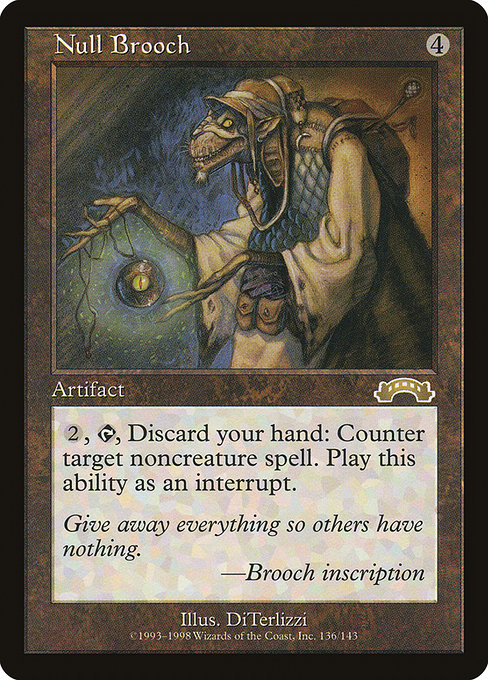 Null Brooch is an Exodus rare with only a single printing. It has a very powerful repeatable ability but a potentially high cost. I say potentially because there are plenty of decks that make themselves hellbent quickly and thus the downside of Null Brooch is minimal and there are commanders that prefer to operate from the graveyard instead of the hand like Muldrotha, the Gravetide. This isn't the type of card I would go and buy up lots of copies, but it's definitely one that I'm happy to pick up in trades. 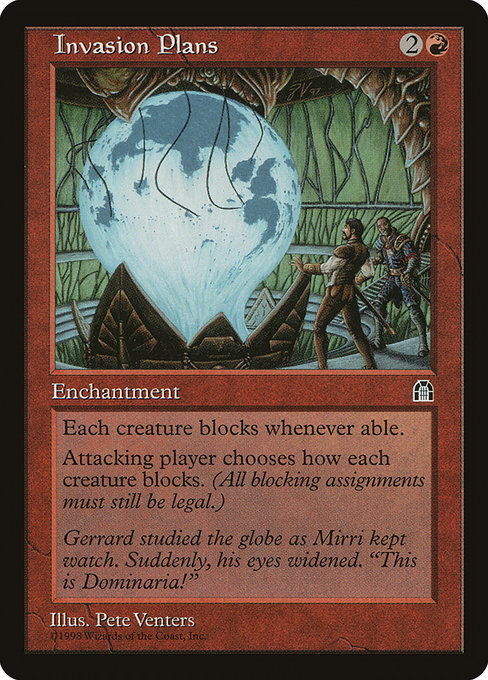 One downside I've seen with Commander as a format is that typically the most powerful decks tend to ignore the combat step, which is to say they don't win by attacking. The obvious exception is with cards like Craterhoof Behemoth or Insurrection, but that's typically a single alpha strike to kill everyone. I think this is one of the big reasons a card like Invasion Plans tends to fall by the wayside.

Creatures like Goblin Rabblemaster or Legion Warboss that make a sacrificial token every turn can allow an aggro deck to really abuse Invasion Plans. However, it's important to note that the enchantment affects everyone, so your opponents can also use creatures as sacrificial lambs. If all your creatures are unable to block, then the downside is far less. 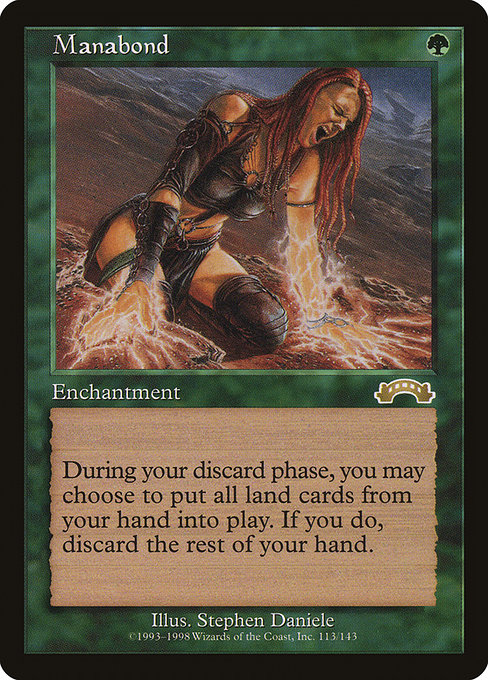 Unlike the previous two cards mentioned this one is already a $4+ card. However, some of that value is tied into it's occasional use in Legacy Lands builds. Similar to Null Brooch, Manabond has a pretty steep cost of again discarding your entire hand that isn't lands. This isn't always a bad thing. The more you play Commander, the more you realize the power of early mana ramp and how it tends to take over the game quickly.

Even more interesting is that we keep getting more and more lands that either act as spells, or in the case of some of the new Zendikar Rising MDFCs (Modal Double-Faced Cards), are spells on one side. If this continues, we will eventually reach a point where one can build a Lands commander deck, in which case Manabond would be extremely powerful. 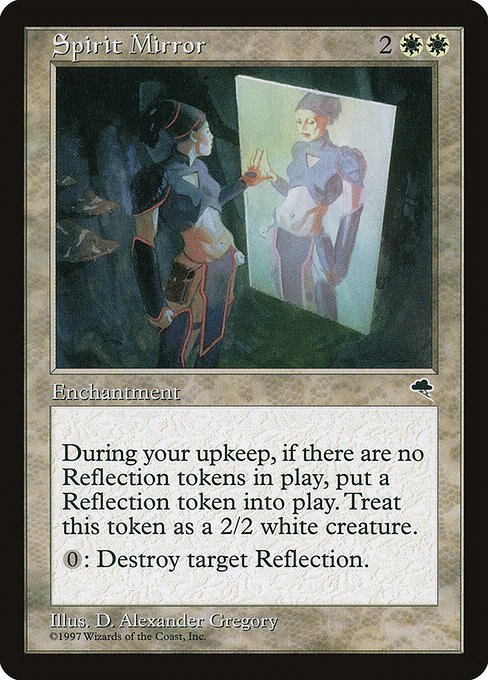 At first glance, this looks like a pretty unassuming card. A 4-mana enchantment that makes a 2/2 creature if there isn't already one of that type in play seems very mediocre. The key to this card is the second ability. 0 mana destroy target reflection at instant speed. This serves as a repeatable, free targeted creature kill on an enchantment. 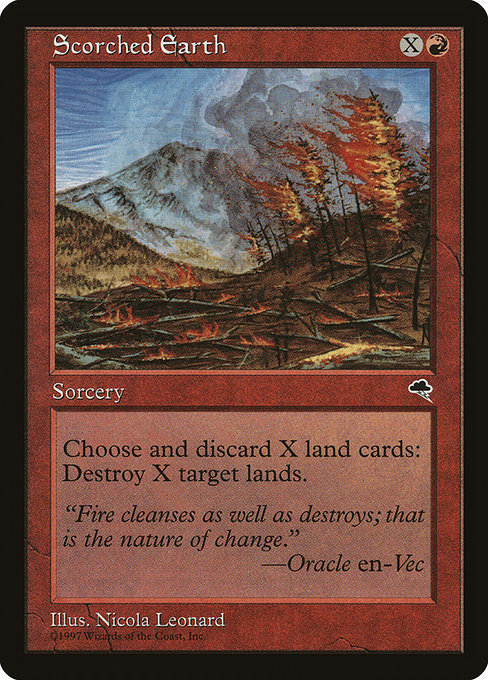 While true mass land destruction like Armageddon tends to be frowned upon in Commander, targeted land destruction can be necessary given how many powerful lands are available in the format. We don't have a lot of multiple-target land destruction spells, but this one could be very powerful in the right type of deck. Looking at EDHRec, it doesn't see much play, likely due to the fact that there isn't a solid Gruul or Temur commander that really synergizes with the card itself. Currently, it's mostly seeing play in some Rielle, the Everwise which is a nice interaction but not truly broken.

This is the first of what I hope to be a series that highlights cards that are close to being really good, but just seem to be lacking something to really break them. While today's focus was on cards that were printed before 2000 (and in all honesty all picks actually are from 1998 or earlier), I don't want to limit myself to such hard dates all the time.

I will most likely keep the single printing requirement, as I've found those cards tend to be the ones that skyrocket when they do end up finding a good commander home. I also feel that this is the type of series that gets much better with community involvement, so if you have any suggestions for cards to include in future installments or disagree with ones I've picked, I'm always happy to get input from my readers! Feel free to reach out to me in the comment section below or on our QS Discord.