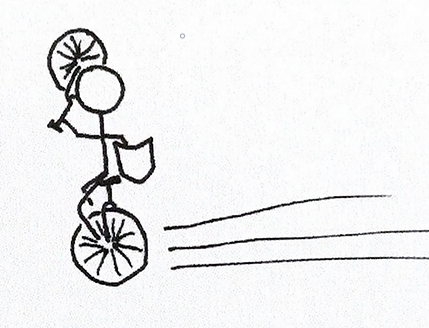 The Overlap Between Magic and Cycling

At first glance, it might not seem like Magic: The Gathering and cycling have anything in common. As a nearly lifelong cyclist and Magic player, I can tell you that the path to improvement in both is actually quite similar. Here are three lessons I've learned that can apply to improving at both cycling and Magic.

In cycling, one of the best ways to improve your performance is to ride consistently. This doesn't mean that you need to ride every day, but several times a week is usually a good place to start. I set my baseline at 4-6 hours of ride time a week, and build from there.

Consistent playing is also a great way to improve at Magic. As a primarily Limited player, I know that I'll be drafting in person at least once a week. In addition to that, I try to get as many drafts on Arena as I can throughout the course of the week. The more I play a Limited format, the easier it is for me to pick up on its play patterns. I can also more readily identify potential tricks opponents may have during games. During the draft, my familiarity with the set means I'm better able to figure out what is open and move into the open colors or the open archetype.

The payoffs for consistent play can be true for other formats as well. Playing Modern frequently can, if you're playing the same deck all the time, make your lines of play feel natural. It can make your sideboarding decisions almost second nature as well. Playing Magic of any kind frequently can be good for keeping skills sharp. Things change a bit when preparing for an event. This takes us to our second tip. 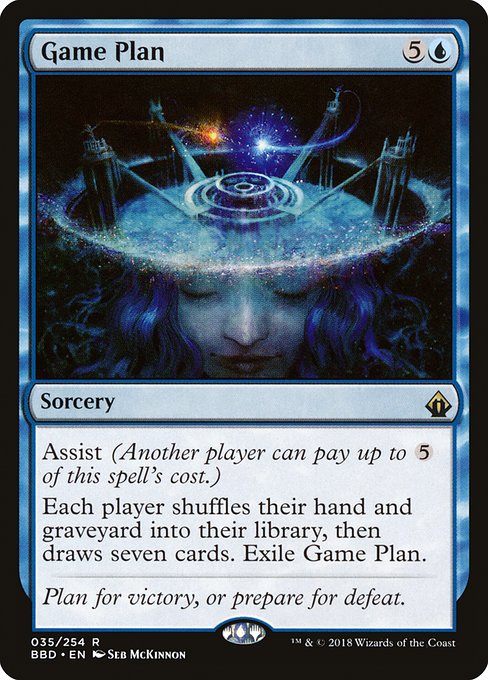 When preparing for an upcoming event, or working towards a specific goal, it's crucial to have a plan. In cycling, training plans are designed around a rider's current ability, and their riding goals. Whether that's to lose weight, have the endurance to tackle a big climb, or complete a century ride, the goal is the starting point to building a plan.

In Magic, the goal could be to do well in a particular event or to make Mythic on Arena. Whatever the goal, the plan builds out from that. Let's say, for example, my goal is to make a run at Mythic in Limited on Arena. The first part of the plan is one of timing. Ideally, I'd want to start my run on day one of the new season, so I'd have the most amount of time to level up. The rest of the plan includes:

Study The Format and Review Performance

Going into the run I'd want to already be familiar with the format and the archetypes. This means studying format guides, draft guides, and data on what is performing well from 17Lands.com, or some other source. Using 17Lands, or a similar tracker, or recording my drafts allows me to review my performances to look at what I did well, and focus on where I need to improve.

The last piece of the plan is scheduling time for the drafts/games themselves. Assuming I'm still planning on attending FNM every week to play paper Limited, I'd want to try to play Arena two-three times a week, or more as my schedule allows. I'd limit myself to one or two drafts per day, except on weekends when I might play longer. I'd likely have to tailor this plan around my win rate. Frank Karsten estimates that it's possible to make Mythic in Limited from Bronze in approximately 45 hours of play. For us mortals without Karsten's Hall of Fame-level skills, it will likely take longer. That's a lot of Magic in one month. This leads into my last tip.

In cycling, recovery days are just as important as days spent training/riding. Taking time off is necessary to allow your body to replenish energy and rebuild itself for future workouts. A good training plan will include lighter days, and even full rest days off the bike to allow the body time to recover.

Though Magic is less physical than cycling, it still takes considerable mental energy to play the game. Our brains need rest and recovery like every other part of our body. Unlike with cycling, we don't always need complete breaks from Magic. Sometimes just taking time off from grinding and playing some Commander with friends, or organizing a Cube Draft is all that's needed. Stepping away from the competitive grind and enjoying the social elements of the game can be enough of a reset to get back to the A-game.

On the other hand, if you're feeling completely burnt out, don't hesitate to step away from the game for a bit. Struggling after a bad run? Time off from Magic could be just what you need to refocus yourself and return fresh and ready to battle. Maybe you could take up cycling?

At the end of the day, both cycling and Magic should be things we do for enjoyment. However we incorporate them into our lives, and however seriously we choose to take them, fun should always be part of the equation.

What lessons from sports you play or other activities you're involved in have helped your Magic game? Let me know in the comments or on Twitter. If you're local to CT, don't hesitate to hit me up to ride bikes or to draft.