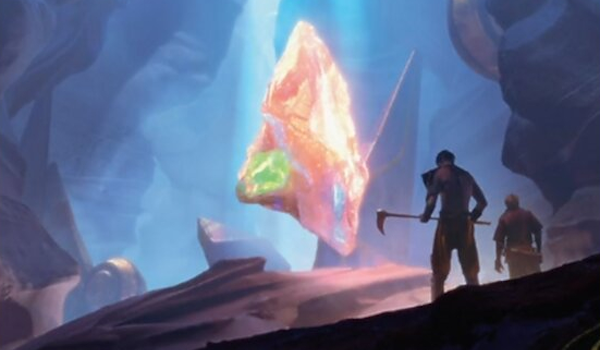 Seventeen lands is the default in Limited. It's how helpful veterans inform new drafters to construct their decks. This practice has become so standard that the most commonly used Limited database is literally named after it. However, in The Brothers' War (BRO), we should be playing fewer. Here's why.

The first thing we think of when we discuss land count is our mana curve. It shouldn't be. The central concept we need to consider is the importance of hitting our colored sources. It's one of the reasons why mono-colored decks liberally cut lands. Seventeen lands, in a typical two-colored deck without fixing, represents nine sources of one color and eight of the other. We accepted this as reliable long ago. However, in a lot of our decks, that might be overkill.

BRO is an artifact-heavy set. The retro artifacts are all colorless, and many of them draw cards. Additionally, each color has access to unearth cards, which should be taken highly. These are powerful cards, but more pertinently, they don't require colored mana on the front side. The demand for colored sources is thus lessened.

This principle should inform the way we look to build our decks. We benefit from leaning in one direction when it comes to our early plays. While we can't always afford this luxury, or while power level may cause us to split our colors more evenly, there is a distinct advantage of consolidating requirements amongst our early plays.

Decks that generate tons of card advantage typically want to run more lands. They can afford to draw more lands, because they're seeing more cards. Stumbling, followed by playing cards that don't affect the board, is a recipe for a quick 0-3.

Conversely, when your hand is always full, you want lands in play to enable all of the flexibility your hand offers. This is why the advantage in control mirrors often goes to the deck that doesn't miss a land drop.

BRO doesn't really generate card advantage in that nature. It does, however, offer many cantrips to help us develop our gameplan. 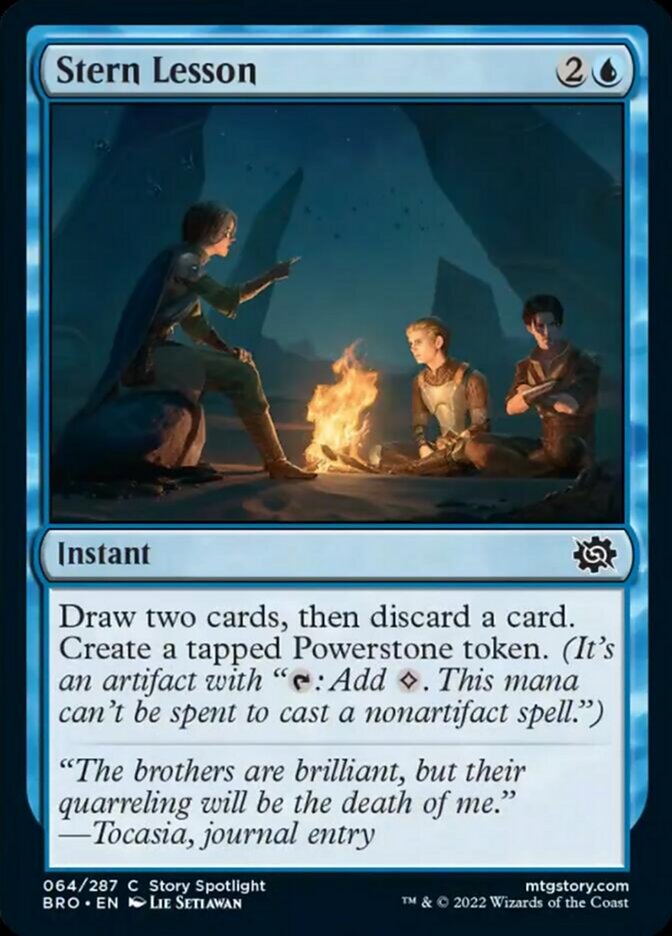 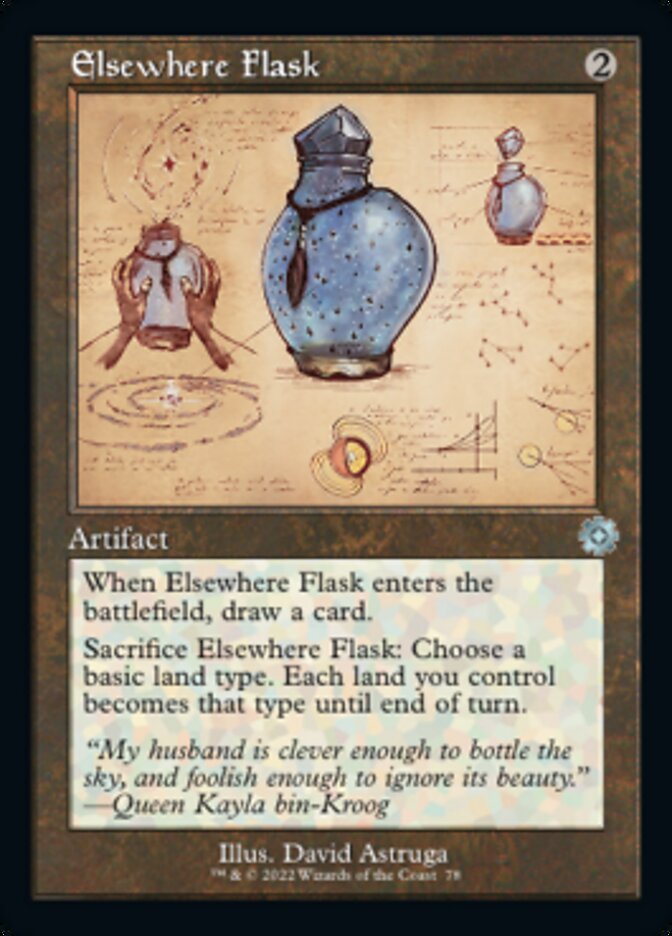 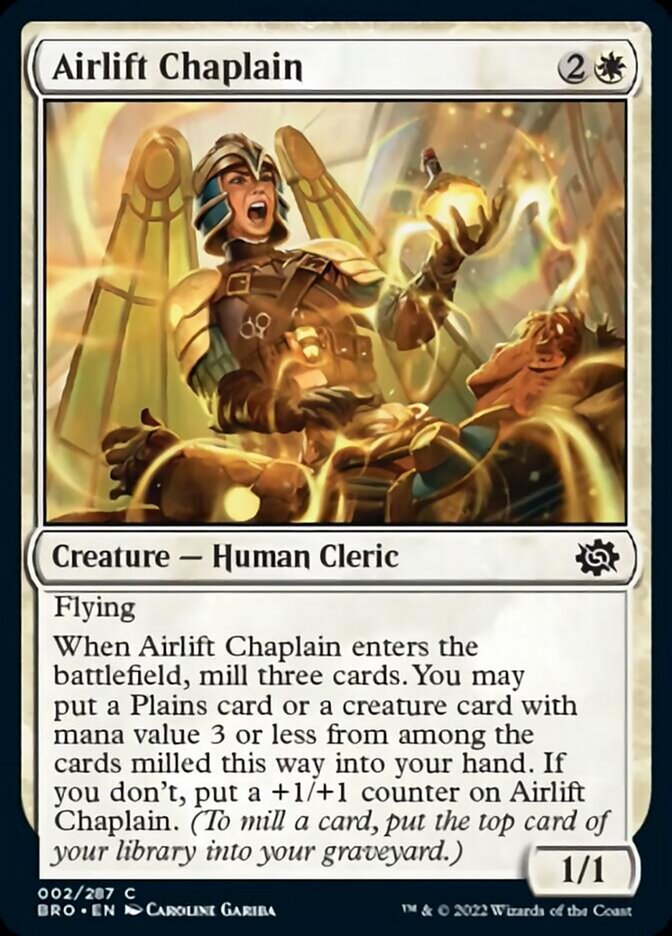 These cards perform more like cantrips than raw card advantage, though a few do help us build out our board. Through cheap ways of drawing cards, we get to see more of our deck. These cards aren't super potent as game pieces, but the fact that they replace themselves means they serve as a fraction of a land. For this same reason, players were able to get away with absurdly low land counts in Ikoria's Cycling decks.

Bitter Reunion is a card that does this exceptionally well, and something we should be including in most of our red decks. If we're moving through our deck and progressing our gameplan in a high-tempo format, we can't afford to flood.

Streets of New Capenna (SNC) Limited punished players for stumbling more than any format since. Like BRO, SNC was an aggressive format. In SNC, however, it was extremely easy to keep pushing your aggression. Connive, blitz, and cards like Inspiring Overseer kept the cards flowing effortlessly. In BRO, we have to work harder. Cutting a land can make that work easier, as long as we're building our decks correctly.

Thematically, BRO plays out a lot like the lore would imply. Games start with aggressive pressure, and players trading off resources to preserve their life total. Then the game turns to the engines. This might mean reusable activated abilities, unearthing for value and pressure, or maximizing synergies. However, if we run out of action, we're dead in the water.

We need to build our decks to thrive in this environment. That means ensuring we're keeping our mana curve under control, cantripping when possible, and providing ourselves room for error with unearth cards when we can get them. Since our cards don't provide a ton of raw card advantage, we don't need ten-plus lands in play. We can double-spell with lower-cost cards, and prototype gives us a ripcord to resolve our curve-toppers early as cheaper creatures, or later, off the back of powerstones. Hitting three lands in a row in the mid-game is a death sentence.

The most obvious reason we can afford fewer lands is by including cards that act like lands. Powerstones are a unique element to this format. The closest comparison is treasures, but the two do very different things. Treasure made splashing easier, though it could provide a temporary burst in mana. Powerstones generate mana, but with their restrictions, they can be somewhat awkward to use. These artifact tokens help us with both halves of our unearth threats, to cast our most expensive spells in prototype creatures, and to use, and reuse, the format's many activated abilities.

Outside of powerstones, we have the one-mana all-star, Citanul Stalwart, who we should basically cut one land for per copy. Decks with multiple Stalwarts boast the lowest land counts in the format.

This is a sixteen-land format. When I'm looking at decklists, the first piece of advice I find myself giving is to cut the seventeenth land. That extra land is a disadvantage that we should try to avoid in drafting and in deck construction. This format wants lean decks. As competition heats up, small edges are the only edges we're likely to find.

This week, I wanted to look at one of the cheapest answers in the format. 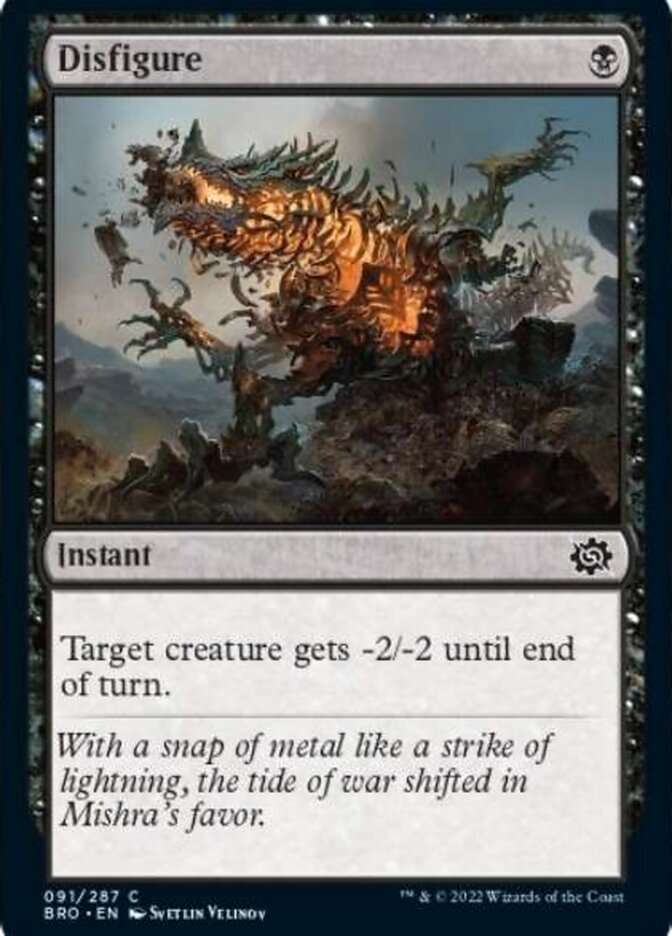 In some formats, this effect is just fine; here it is actively good. This format has meaningful plays at one mana, and having an answer for them that can be cast at mana parity is a big deal if we're looking to avoid falling behind. Citanul Stalwart and Goblin Blast-Runner are both really good in the decks that want them, and they're not the only potent one-drops in the format. Additionally, being able to trade off one spare mana with an opponent's entire turn two or three puts us far ahead in such a tempo-oriented format.

The first one we should always include, and the second is often pretty good as well. After that, we should leave this effect in the board, as it does have diminishing returns. However, leaning on Disfigure to preserve our more versatile removal goes a long way in a format that does have a good number of bombs. While I'm never first- or second-picking this card, it's still one I want in every black deck.