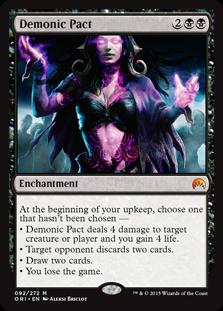 Demonic Pact offers an interesting deckbuilding challenge. Are you up to it? 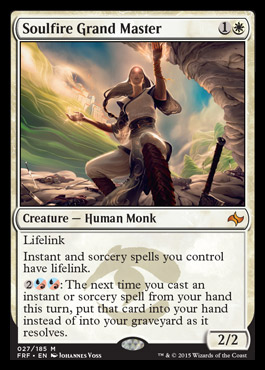 Josh Rayden shows us how to be prepared for a prerelease. Find out which thirty-three cards you should pay attention to at your local prerelease and why some cards may not be worth picking up quite yet.

Hello everyone! First off, I’d like to apologize for lack of new articles since school and job hunting has been taking over my life. So, where the heck are we in the standard environment? After the banning of two of the most dominant cards in Standard, Stoneforge Mystic and Jace, the Mind Sculptor, almost every […]

10 Magic players of superior skill enter a single team cube draft. How do you handle the volume without taking up an entire day? Anthony has the clever, and fun, solution of Survivor Draft!

Wanting to give the newest and mono-Blackiest cards a chance to shine, Gregory Marques walks us through his current project.

With the exception of Splinter-Twin, however, the new metagame is very similar to the metagame before rotation.  Edgar Flores won the first SCG Open with NPH legal with a UW CawBlade list that looked very similar to the pre-rotation lists. In this metagame there are a number of cards that are being underplayed, in my opinion, and here are the top 5.