There's a superlative film that came out in France in 1996 you might have seen, entitled Ridicule. It's set in the king's court at Versailles in the 18th century, and illustrates an aristocratic culture that places tremendous stock in the duelling of wits and cleverness as a way to increase one's standing with le roi. 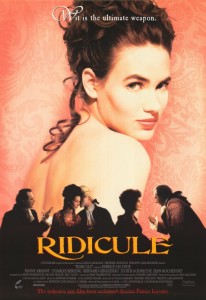 In one notable scene, L'abbé de Vilecourt- a man of the cloth- has a shining moment in the sun before the king when he has the rapt attention of the hall, explaining through logic why God's existence is a logical certainty. Swollen with pride after the court breaks into applause at his conclusion, he makes a fatal, boasting misstep. "This evening I proved the existence of God," he boasts, "and I can prove the reverse if it pleases your majesty." In that one moment, overreaching triumph becomes disgrace.

In selecting as a topic the common pitfalls and negative characteristics of preconstructed decks, I must be mindful not to make a similar mistake as the poor Abbé. Having written on the five characteristics of a successful precon deck but a fortnight ago, it would be simplicity indeed to phone in a column on bad decks using only the reverse! See all these positive qualities of good decks, yes? Well bad ones, they don't have them. Furthermore, the absence of good doesn't make bad, but rather that languid half-sibling mediocrity.

Besides, as amusing as the exercise might be, we'd hardly learn much from such 'insights' as bad decks have bad mana curves or bad decks have no coherent strategy. These are obvious and not worth rehashing. Instead, we'll be focusing today on exploring less charted territory on where some decks happen to fall short, and how they might turn their fortunes about.

The first of these shortcomings is high variance. Variance is the enemy of consistency, and is one of the greatest factors that contribute to a weak deck. In order for a deck to be played at its highest level you need to be able to rely on certain cards being drawn, and be able to plan for those spells which aren't even in your hand. You need to know what cards are left in your library and what the likelihood of drawing what you need is. Above all, you need to be able to formulate plans that span of multiple turnsand you can only do all this by knowing what your deck is capable of. Otherwise, how can you play to your outs?

If you had five more removal spells in your library and you were in desperate need, and each of them had a different mana cost (say, Vendetta, Doom Blade, Assassinate, Flesh Allergy, and Corpsehatch), how well would you be able to plan your next moves? Obviously, you wouldn't; what you did and were able to do would depend on which of these five cards you happened to draw into. That's variance. 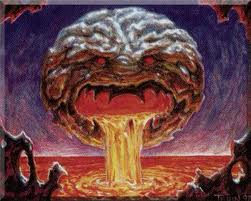 To some degree variance is a desirable attribute. It's certainly what makes the game of Magic fun and rewarding, as limiting the number of copies in a given deck to four mandates a certain level of it. By the same token, too much of it robs a deck of focus and predictability. It's worth noting here that there are two different ways to combat variance. Consistency we'll use to refer to number of copies of a particular card in a deck, while redundancy will describe the presence of different cards that do the same thing (put another way, a deck with 36 creatures has redundancy, while a deck with nine different playsets of creatures has both).

Once upon a time, theme decks had a great deal of both baked right into the card list. Looking back at the earliest decks we see examples aplenty! What do you think the chances of you drawing countermagic are in Tempest's Deep Freeze, with two Power Sinks, one Spell Blast, three Counterspells, and two Dismisses? Or removal in Stronghold's Migraine, with a full playset of Death Strokes, two Diabolic Edicts, and- sure- a singleton Dark Banishing? These decks relied on those spells for their success, and made sure you were able to find it, virtually every game. You could counter or kill with greater license, having trust that the numbers would soon bring you a replacement.

Somewhere along the way this admirable reliability was adjudged to be less desirable than the wacky, madcap "every draw's a-different!" approach that has characterised the modern precon. Want removal in Worldwake's Fangs of the Bloodchief? Take your pick from the following singletons: Urge to Feed, Brink of Disaster, Consume Spirit, Dead Reckoning (sorta), Feast of Blood, or Hideous End. Delightful redundancy, but dreadful consistency!

Howabout Rise of the Eldrazi's Leveler's Scorn? If you find yourself needing to spot-kill something in a pinch, better cross your fingers! With a pauper's choice of a lone Doom Blade or Unsummon pair of Last Kisses, you're going to need all the luck you can muster. Even taking into account that these Zendikar-block decks are only 41 cards rather than 60, these is a woeful state of affairs from a gameplay perspective.

It's almost as if these decks are something of a Magic version of a Whitman's Sampler box: try a little bit of everything to find out what you really like?

Call me silly, but you know what I like? Countering spells and killing creatures when I need to. Which brings us neatly to... 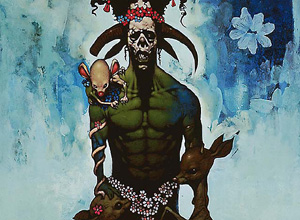 This is so obvious and painful, it deserves its own category.

Once upon a time, land destruction was actually fun to play (Note: I'm making no such claims for those who played against it). Stone Rain, Sinkhole, Choking Sands, Rain of Tears... you could do quite well for yourself starting on turn three. Of course, it's commonly known that Wizards determined that this was a state of affairs too unfun to stand, and rightly or wrongly land destruction became more expensive, more situational, and less common.

The same slow erosion of critical cards seems to have happened in the world of the preconstructeds with creature removal. I actually single this out for a header all its own because of the high frequency with which we downgrade a deck in scoring because of underwhelming removal. The exact reasons are unknowable, but you have to wonder if perhaps this is something of a sop to the new-player market. Casting creatures is fun. Casting big, fat ones to pound your opponent with even moreso. Casting a big, fat creature only to have it Doom Bladed might well be seen as something not unlike land destruction once was.

With the competitive game being what it is creature kill will likely never fade or diminish, but it certainly has from the precons aimed at the newer player. This is a mistake! Making the game introductory is one thing, but dumbing it down quite another. I'll put it plainly: with decks as overwhelmingly creature-focused as they have been in recent years, bad decks are those that have pared down their removal suite. Letting a deck do all its talking in the red zone without fear of what lurks in players' hands is a recipe for a boring deck, full stop.

Although it's nice to have the occasional bit of non-creature hate it should be said that this mainly applies to creature-kill, which is where most of a precon's threat lies. 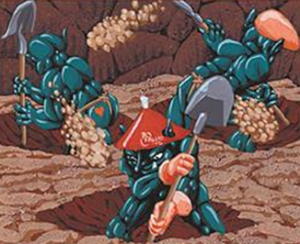 Unlike the previous problems, this is one that has always been around. In 'Five Elements of the Best Preconstructed Decks' I spoke about the 'elevator pitch,' the ability to distill the essential win condition of a deck into a couple of sentences. Almost every precon deck has cards that work towards this goal a little less stridently than others, and that's to be expected (they can't all be winners). But what's particularly characteristic of bad decks are when you have a subset of cards in virtual diametric opposition to this aim.

Consider Dissension's Rakdos Bloodsport, a deck that demands you play ultra-aggressively and dump your hand as soon as possible, so that the guild mechanic (Hellbent) is triggered. Most of its creatures are small and cheap, ideal for an early aggro-rush. But then you have baffling inclusions like the Torpid Moloch or Slithering Shade (which, it must be noted with a sense of irony, are at least consistently bad with two copies of each in the deck).

For a more recent example, consider Rise of the Eldrazi's Totem Power. It's core strategy seems simple enough: deploy some beaters, enchant them with totem armor and pound away! With such a creature-based strategy some targeted removal becomes critical for clearing a path for your beaters, yet the deck packs in virtually none. Instead, we get cards that reward defensive play such as Harmless Assault and Angel's Mercy.

Weenie/swarm with no removal. Fatties with no ramp. Combo without card searching. Aggro decks with defensive creatures (hello there, Giant Spider). If from top to bottom the deck was designed to meet a deadline with little sense of itself, then that is a deadly shortcoming.

For all its elabourate staging, Ridicule at its heart remains a tale of personal growth and maturity. When the protagonist, the Marquis de Malavoy, resolves to leave the decadent life of the court behind him, he scrawls a word on each of three playing cards, "paradoxes," "quips," and "repartees." Representing 'cards' he'd held during his battles of wits in Versailles, he dramatically throws them to the ground upon his departure. The cards held by today's preconstructed decks- high variance, light removal, and conflicted self-identity- may not have the resonance of the Marquis', but are no less worthy of being left behind.

The good news is, the decks for Scars of Mirrodin in many ways seem to have taken several steps in the right direction. I've highlighted some of the improvements before with regards to Core Set content, and seeing more copies of multiple spells was a very welcome sight indeed! Although one set may be too early to tell, rest assured there will be much to look forward to in six weeks when Mirrodin Beseiged launches.

And in the meantime, you could always rent Ridicule.