When I first heard about Tiny Leaders... well, let's just say that I wasn't listening with an open mind. I played Commander back when it was only known as EDH, and I liked it for a while. I had a group that played every week with smart politics and the format was super cheap to play. Cards like Mind's Eye could be had for quarters, and that was part of the appeal of the format to me.

Then the format became popular. Local games involved more and more players playing in ways that just didn't make sense politically. You know the stuff- attacking everybody one at a time instead of reading the board, using one-for-one removal extremely aggressively- the kind of things that you would expect Duals of the Planeswalkers AI to do. With this popularity also came ludicrous price bumps, meaning that when the deck you were playing got stale buying into a new one was extremely expensive. 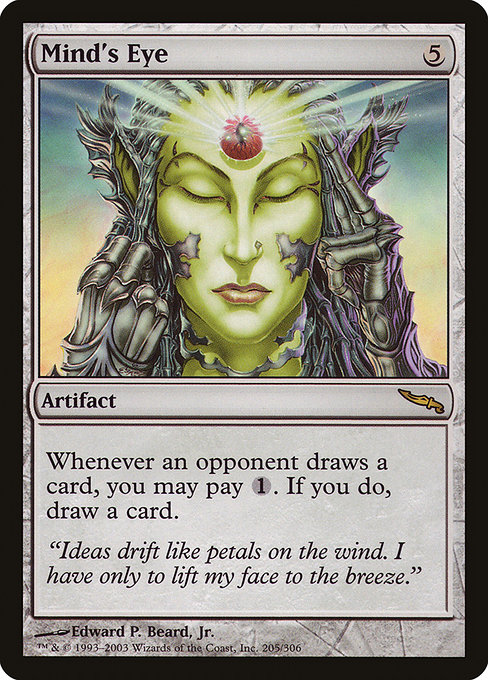 I had to hear Tiny Leaders mentioned several times before I inquired about the rules. I had thought initially when I heard that it was like Commander that it was multi-player, which was something that I disliked about EDH the more popular that the format became. With Tiny Leaders being a casual format I still wasn't interested in buying into the format, but it turns out that I basically already own a deck on the back of owning at least one copy of anything that I'd ever want to play in Modern or Legacy Delver.

I spent a little bit of time researching the format, with Gavin Verhey's article on the mothership being the most informative thing on the internet. I checked Danny Brown's exhaustive list of Tiny Leaders for Izzet options and found out that I was limited to Nin, the Pain Artist and Jhoira of the Ghitu. Jhoira is pretty awful in a format where everything is cheap, so Nin is really the only viable option.

I spent some time researching existing Nin lists, and put the following together as the list that I would like to play:

There's nothing too fancy going here other than the inclusion of Spell Burst. I was kind of surprised not to see Spell Burst in any lists that I've seen on the internet, as it seems pretty easy to just close out a game in such a cheap format, or minimally just be a slightly inefficient counter. 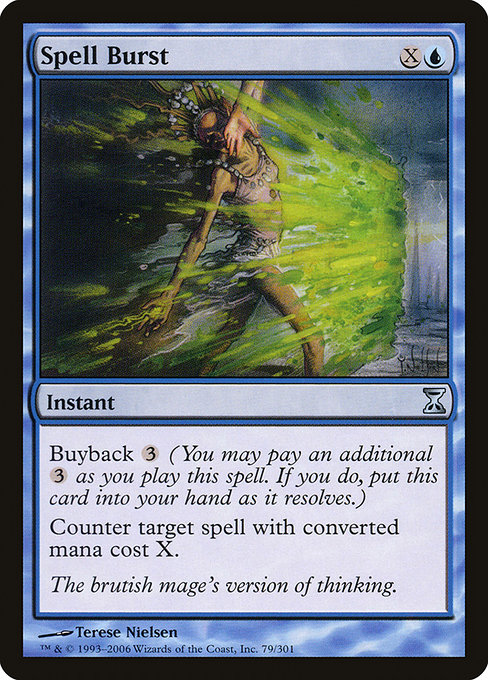 I haven't played a game yet, but I'm less than $20 from owning this deck just from cards that I have anyway, and there is always dead time between rounds, so I don't really have a compelling reason not to try this format out. Just looking at decks the gameplay does seem pretty sweet. It's also nice that the people who designed Tiny Leaders were smart enough to ban Sol Ring. I can't say for sure that I'm going to enjoy Tiny Leaders, but I'm officially committed to trying it. I won't lie, I'm kind of excited.

11 thoughts on “Getting into Tiny Leaders”