In today's article I will revisit the Masterpiece series from WoTC. We've now had six sets come out with these "ultra rare" chase cards, which means lots of data and comparisons to make.

First I wanted to look at the Masterpiece price when compared to the most recent (non-promotional) printing price. I'm using TCG Market Price because it was easy to gather when I was pulling the data, (which all had to be done manually), and it is supposed to represent the most realistic price.

I then took the TCG Market price for the most recent non-promotional version of each card and compared the price differentials. I specifically went with non-promotional because, for a few older cards, there was a cheap original printing and a much more expensive promotional printing which was the more recent option (mainly Diabolic Edict and Capsize).

Of these options, only the ones with the * have more than one other printing besides the Masterpiece itself. The reason I bring this up is that an older card with a single printing is more likely to have a high price based on scarcity than playable demand. This is the same reason many of the Portal: Three Kingdoms cards are extremely valuable despite many seeing little to no play.

I dislike speculating on cards whose price may be heavily influenced on collectibility rather than playability—otherwise you might end up with a graph like Sun Quan, Lord of Wu, which tanked when the FTV: Legends set came out. 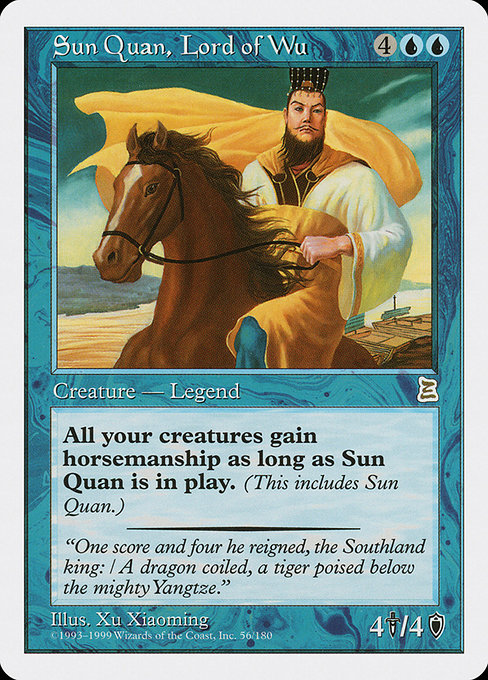 Breaking Demand Down by Format

Another factor I want to look at is what format the cards are played in. In Modern, Legacy, or Vintage, players will often need four copies of a card and thus one player creates demand for four copies. Whereas in something like Commander, one player is more likely to create demand for one copy (although obviously they may want certain cards in multiple decks).

So with this in mind, let's focus on the cards that see play in Modern/Legacy/Vintage. That leaves us with the following.

Now one big challenge regarding eternal foils is that many players/traders that I've run into prefer the original pack foil when foiling out a deck. So there are likely many "foilers" who won't touch these Masterpieces.

The other option I want to look at is demand from the Commander crowd. While my co-writer Niels has less confidence in the data behind EDHREC (and I feel his argument definitely has some valid points), it is still the best source of information regarding Commander card demand in my opinion. Thus I will continue to use it for data mining.

In this step we look at the number of decks a given card shows up in on EDHREC. As our focus is on top-level demand as opposed to how many different types of decks make use of the card, we will focus on the "Number of Decks" figure.

By filtering in this regard we can get a "big picture" look at the likelihood we will see a demand increase for any given Masterpiece from the Commander crowd. Again, we want to focus on the cards in the higher end of the spectrum (say 3000+). Which leaves us with a smaller pool from which to speculate from:

What is interesting here is that we do have a few cards that appear on both lists (marked with an * above). So if you wanted to speculate on Masterpieces these might be your best options. To recap, 1) they are the closest in price to the most recent printing, and 2) they see demand from both eternal "playset" formats and Commander.

Now this isn't to say that this is the only way to look at speculating on the Masterpieces. There is one other very important factor with premium foil cards like this, and that is of course the picture on the card itself. While people often prefer original artwork, there are definitely instances in which newer artwork commands a premium. 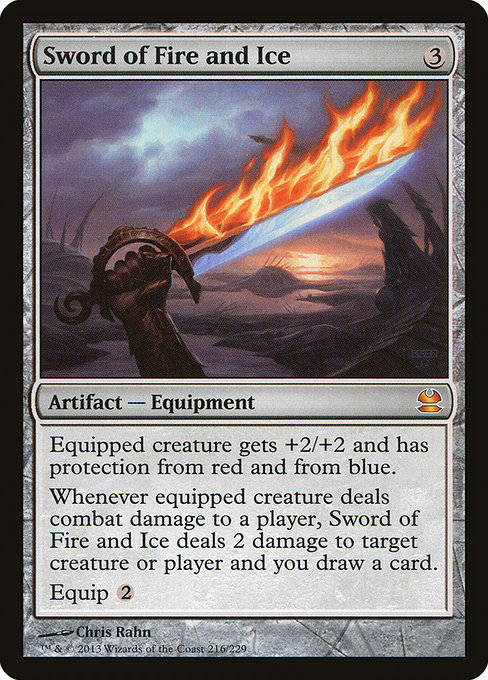 With this in mind I will admit I seem to fall into the majority that dislikes most of the Invocations from the Amonkhet block (though to be fair it's not so much the artwork on all of them as it is the text for the card name). As many people I've talked to seem to be in the same boat, I am less willing to speculate on the Invocations. I would prefer to park money into the Zendikar Expeditions or Kaladesh Inventions. Ironically, most of the ones that made the final list are in fact Invocations.

Another way to look at Masterpiece speculation is to remember that they are very rare and prices of many of the cheaper ones don't reflect much on the actual rarity.

I actually considered going down this route myself, and picking up the cheapest ones that at least see marginal Commander play. If I were to do this, I'd probably take a simple basket approach (i.e. invest in a few copies of a bunch of things, and any losses are hopefully offset by larger gains from successful ones).

One thing I hope you draw from this article is the importance of making decisions based on data (though I do know there are some who go by "gut"). I always try to use some sort of data analysis when making any financial decisions, whether it's comparing the prices of laundry detergent across competitors or determining how much I can comfortably spend on a new car based on my current income and current expenses.

By now have a lot of data points (or at least it feels that way when you have to look up every single card manually) to compare the various Masterpieces and get a good idea of where they might be headed. Now that WoTC has backtracked on their "Masterpieces in every set" plan, these may end up being rarer than we expected. There could very well be a price correction in the near future for some of these cards.

I will also admit that because these are meant to "pimp out" decks, the artwork may play a much larger role in determining actual demand. Unfortunately that is a matter of opinion, and thus extremely difficult to quantify with the tools currently on hand.

10 thoughts on “Insider: A Deeper Look at Masterpieces”