Pro Tour Guilds of Ravnica has passed—as it was only booster draft and Standard, there wasn’t a whole lot of action outside of that. However, that doesn’t mean we should stop looking around for opportunities. As a matter of fact, the time right after a Pro Tour can be a good time to pick up cards that aren’t in the spotlight. 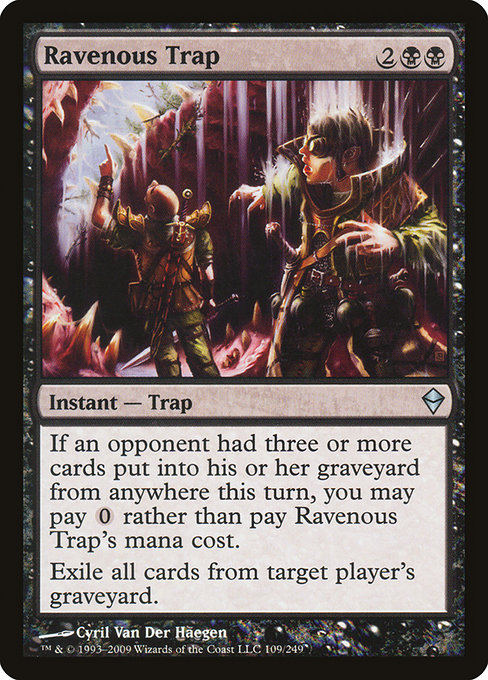 This is the only printing of the card, so I wouldn’t pick up loads of these. But if you want a playset, the price has come down quite a bit from a year ago. It pops up in quite a few decks. Take a look at this list. 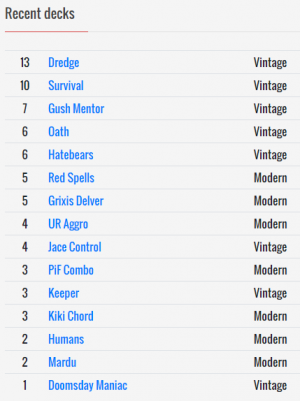 And thanks to Arclight Phoenix, you’ll see that Arclight Red has suddenly popped up on this list. Take a look at Taruto1212’s list for reference.

A lot of demand for Karn is still driven by Standard, but it definitely still makes it way into plenty of decks outside of that. 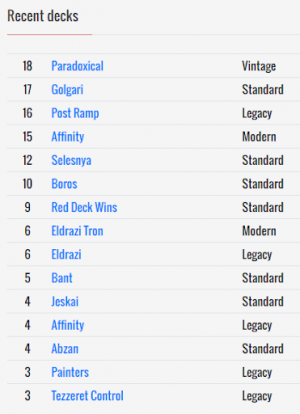 This is one of those cards that just keeps getting better over time. Plus, there aren’t really any barriers to playing this card in any deck. I think this card is getting pretty close to its floor, if it isn’t there already, since most people are all about Guilds of Ravnica and Ultimate Masters now. So this is a pretty good time to start picking these up if you need them.

With Pro Tour Guilds of Ravnica just in the spotlight, I think these are the cards you should get rid of now if you have them and aren’t planning on using them. 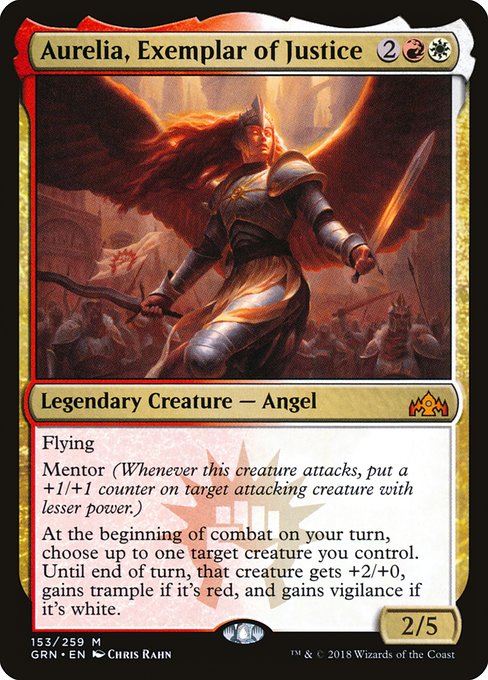 Three of the Top 8 decks had this card in their lists, with two in Luis Scott-Vargas’s 2nd place deck.

This is a legendary multi-colored Angel, so it will probably never be a four-of in any deck. And I don’t see this making its way into Modern. However, a lot of casual players love Angels. So I think foils are probably okay to hold onto. But I would still be careful. It only sees play in 28 decks in EDH/Commander right now. 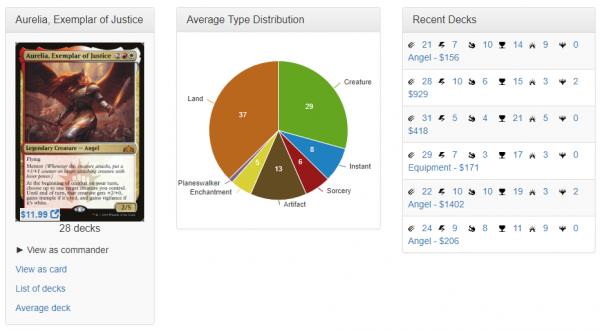 Here’s another Standard-only all-star. This was probably one of the most powerful cards the whole weekend of Pro Tour Guilds of Ravnica and it’ll probably remain that way for most of its life in Standard. But if you’re not going to use these, I would dump them into high demand right now. This doesn’t seem much play in EDH/Commander either. 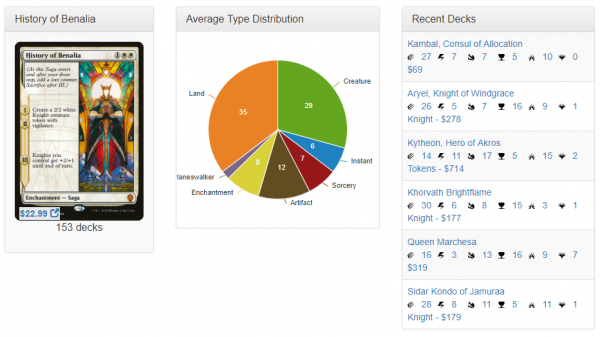 There was an error retrieving a chart for Legion's Landing

This one is slightly tougher. But I still think it’s a sell. This card saw some play in Orzhov Tokens earlier this year in Modern but hasn’t made a big enough splash to make it a high-tier deck. Take a look at Tim Watkins’s deck for reference.

The reason I say this one is slightly tougher is because it’s a one-mana spell that is usually played in multiples. It’s also an enchantment, which is usually a harder card type to get into the graveyard if you’re looking to pump a Tarmogoyf or fuel a delirium card like Traverse the Ulvenwald.

But none of this is actually relevant right now since there aren’t any decks out there doing this effectively. With that said, I would capitalize on the Standard-only demand. You can get back into the position later if you want to, particularly keeping an eye on the Buy-A-Box promo. 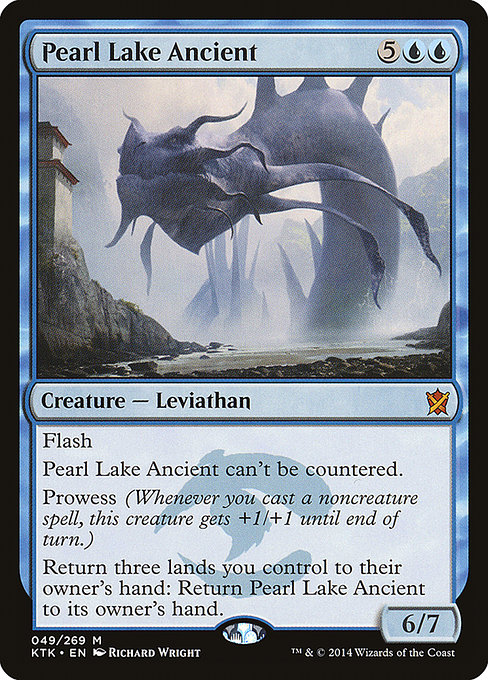 I bought two playsets just for fun. It’s a cheap foil mythic that will probably never spike because so much Khans of Tarkir was opened, owing to the reprinting of fetchlands. But the reason I got the card is because I read Andrea Mengucci’s recent Legacy article on Channel Fireball, and he features an updated High Tide list from Iwouldliketorespond.

I’m not sure if Mission Briefing is what this deck needs to push it up to a higher tier, but it might be. Anyhow, there are quite a few cards that are worth keeping an eye on here other than Pearl Lake Ancient.

I’ve already mentioned Accumulated Knowledge in article #16. But I haven’t mentioned Meditate yet. It’s on the Reserved List and is starting to creep up slowly in market price. And we’ve already seen a couple of recent spikes in the average price. It’s a blue card, so it can used with Force of Will. And it has been used in multiples in combo decks other than High Tide, like ProsBloom. 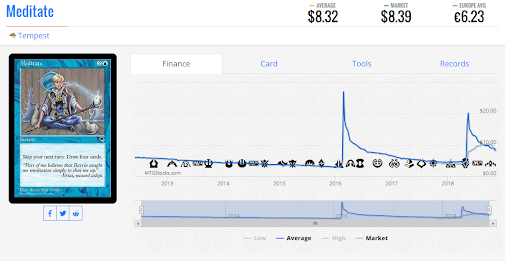 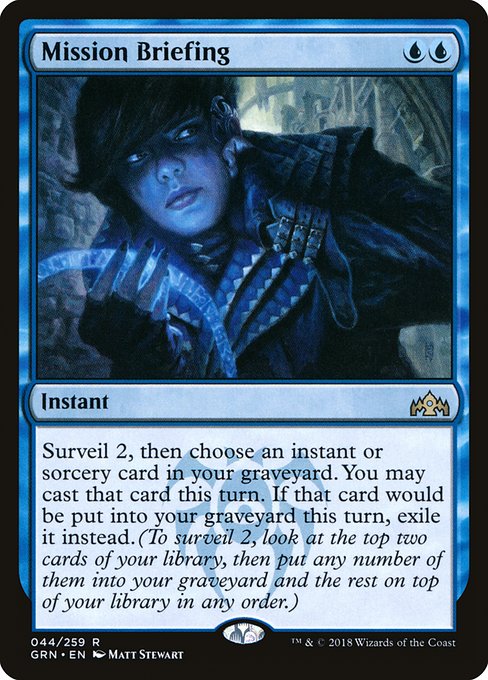 As mentioned above, keep an eye on this card as it might become more popular even outside of Legacy. 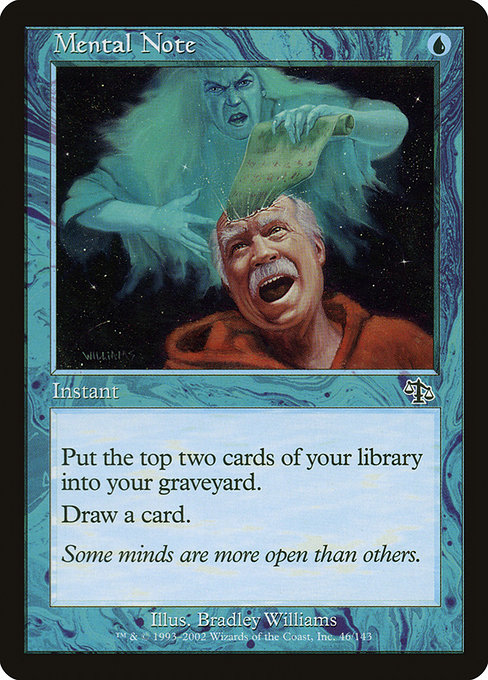 This is another card from the High Tide list above that looks kind of interesting. This is the only tournament-legal printing of the card. It's essentially an extra copy of Thought Scour, which has already proven to be very powerful in Modern and has seen spikes before. This also sees some play in Pauper. 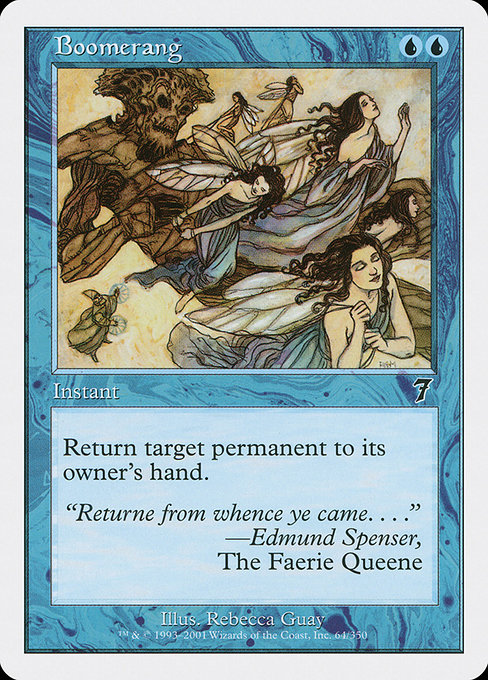 Here’s another card that sees a bit of Pauper play. And this is another old foil like Mental Note. You might want to also check out Sigmund Ausfresser’s recent article about old foils. 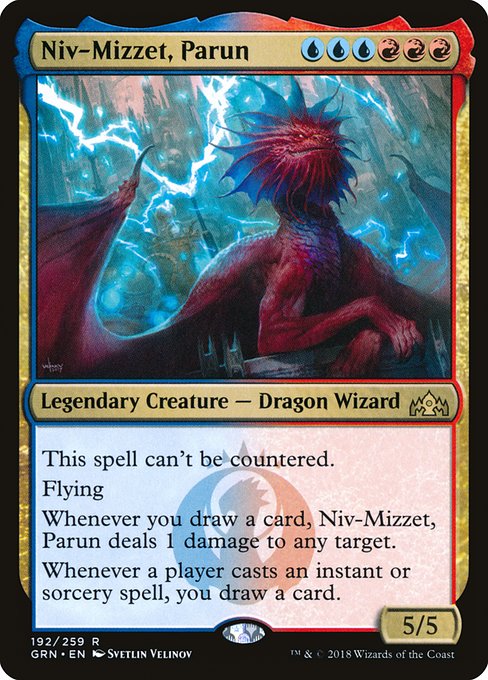 It’s kind of funny that this sees play only in Standard and Vintage right now. 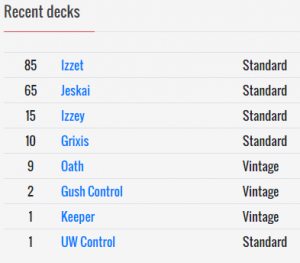 And it doesn’t see too much play in EDH/Commander yet.

But the effects on this card are quite powerful, so I would keep an eye on it. And just like with Angels, casual players also love Dragons. It’s also a Wizard, but I’m not sure that really makes a difference, since it’s already uncounterable so it doesn’t take advantage of something like Cavern of Souls. But there could still be some other Wizard synergies with this card, so pay attention.